Home Archives Contact Us Subscribe Twitter Facebook Patently Mobile
The US Patent Office Reveals Five Top Apple Patents that have been Updated including a Glass MacBook, a VR System+
The iPhone 13 Expanded Apple's North American Shipment Leadership in Q1 by a Healthy Margin 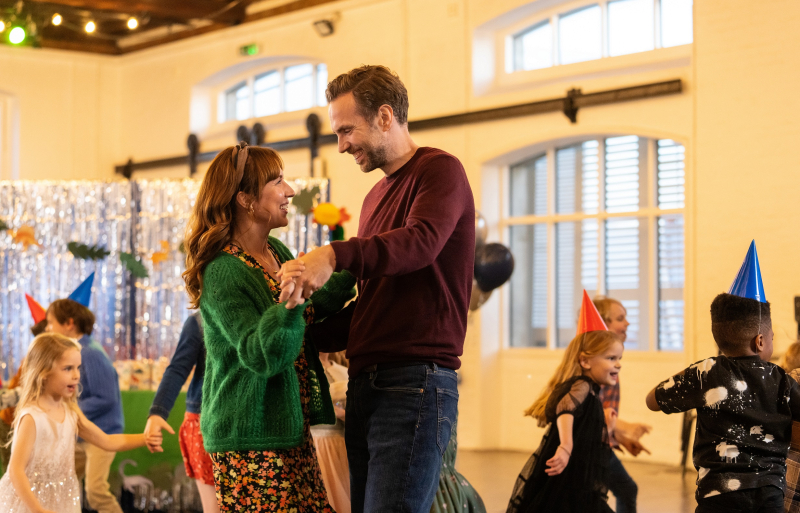 This morning Apple TV+ unveiled a first look and the premiere date for the third season of the beloved comedy series “Trying,” which will make its global debut exclusively with the first episode on Friday, July 22, 2022 with new episodes every Friday through September 9, 2022.

After a dramatic end to season two, the eight-episode third season picks up with Nikki (BAFTA nominee Esther Smith) and Jason (SAG Award nominee Rafe Spall) waking up as new parents to two children they are still getting to know. Now they just have to keep hold of them, which proves to be trickier than they initially thought. Thrown straight into the parental deep end, Nikki and Jason’s relationships with each other and with their nearest and dearest are tested as they desperately try to navigate the ups and downs of parenting — while hanging onto their kids, and their sanity.

In addition to Smith and Spall, the season three cast includes Eden Togwell (as Princess), Mickey McAnulty (as Tyler), Oliver Chris (as Freddy), Sian Brooke (as Karen), Darren Boyd (as Scott) and Robyn Cara (as Jen).

The complete first and second seasons of “Trying" are now streaming on Apple TV+.