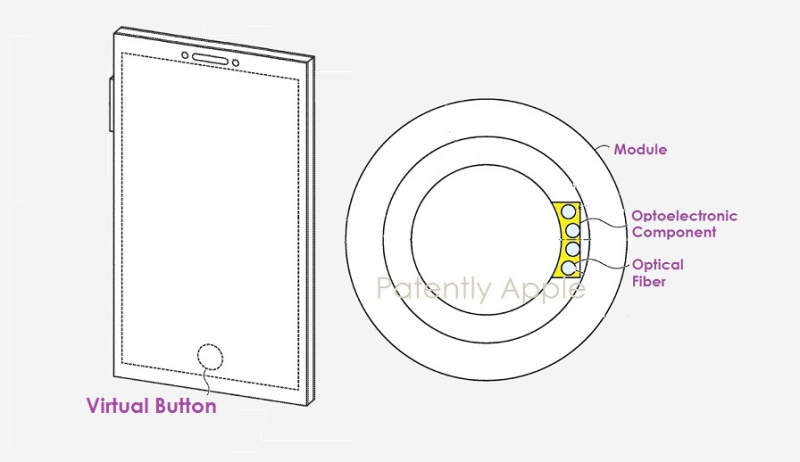 On May 10, Patently Apple posted a report titled "Apple has Won a Patent for Next-Gen Under Display Touch ID for Future iPhones using Optical Fibers." Images from that patent is presented above.

Today the US Patent & Trademark Office published a patent application from Apple that once again relates to an electronic device that includes a display and an optical sensor formed underneath the display. A pixel removal region on the display may at least partially overlap with the sensor.

An iPhone with an under display optical sensor for Touch ID has been a project at Apple for some time now. Apple was granted another patent in 2021 that dates back to its original patent filing in 2019.

Today's patent application from Apple goes far beyond mere Touch ID sensors under the display. Apple lists a multitude of sensors that could find their way under a future display of an iDevice, Mac and beyond. Earlier today we posted a patent report regarding in-air gestures.

In this patent, Apple shows that they could embed a sensor under a display of a device specifically for measuring 3D non-contact in-air gestures and so much more as listed below.

According to Apple, devices that could include under display sensors include Macs, iPad, iPhone, Apple Watch, a future mixed reality headset, smartglasses, a gaming device, systems in a vehicle and more.

Apple's patent FIG. 1 below is a schematic diagram of an illustrative electronic device having a display and one or more sensors; FIG. 3 is a cross-sectional side view of an illustrative display stack that at least partially covers a sensor. 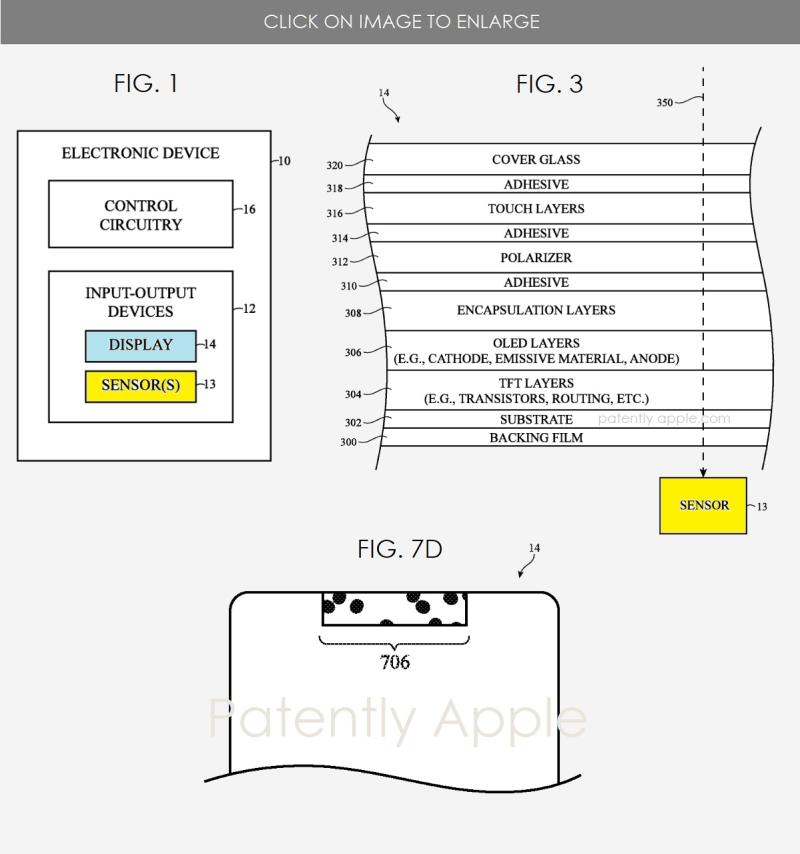 A second part of this invention covers how the display subpixels may be partially removed from any region(s) of display to expose a camera, for example. The example of FIG. 7D above illustrates a pixel removal region #706 formed only in the center portion along the top edge of an iPhone (the pixel removal region covers a recessed notch area in the display). The optical sensors/cameras could be covered by pixels that appear and disappear as needed.

This is a technical patent and those interested in diving in, review Apple's patent application number 20220165814.