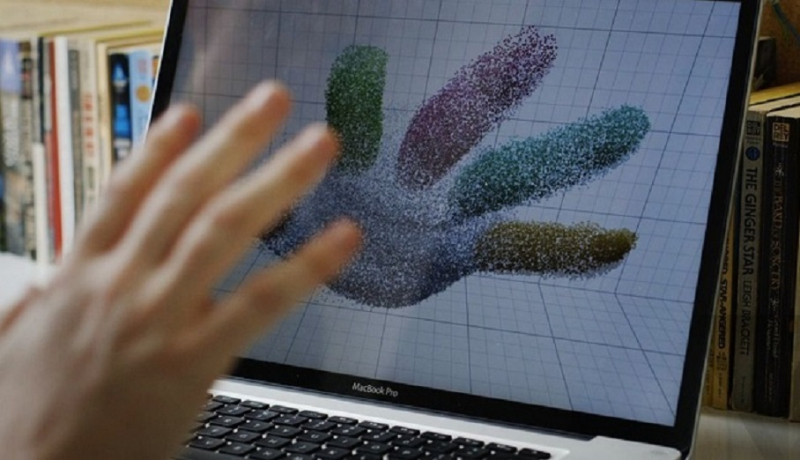 To date, Patently Apple has covered 59 patents regarding future in-air gesturing and the vast majority of them have related to controlling a future mixed reality headset UI. There have been the odd one relating to working with Macs, like this one posted in 2020. Today the US Patent & Trademark Office published another patent application from Apple relating to in-air gestures to be used with future Macs.

In Apple's patent background they note that hand movements and other gestures may involve relatively quick movements. Accordingly, gesture recognition systems that use images from traditional frame-based cameras may lack accuracy and efficiency or otherwise be limited by the relatively slow frame rates that such cameras use. Event cameras capture events as they occur for each pixel and may provide the capability to capture data about user movements significantly faster than many frame-based cameras. However, gesture recognition systems that use event camera data may face challenges in attempting to identify the gestures of a user because, in a given physical environment, there may be many events that are unrelated to a gesture that is being tracked. The need to analyze and interpret potentially vast amounts of event data from a physical environment may significantly reduce the ability of such event camera-based gesture recognition systems to quickly, efficiently, and accurately identify gestures.

In some implementations, the subset of event camera data is identified by a frame-based camera having a field of view (FOV) that overlaps the event camera FOV.

Apple's patent FIG. 3 is an overview of the system that includes a gesture recognition unit #350; FIG. 6 is a block diagram of an example configuration of a MacBook including an event camera to track a path of an entity (e.g., a hand). 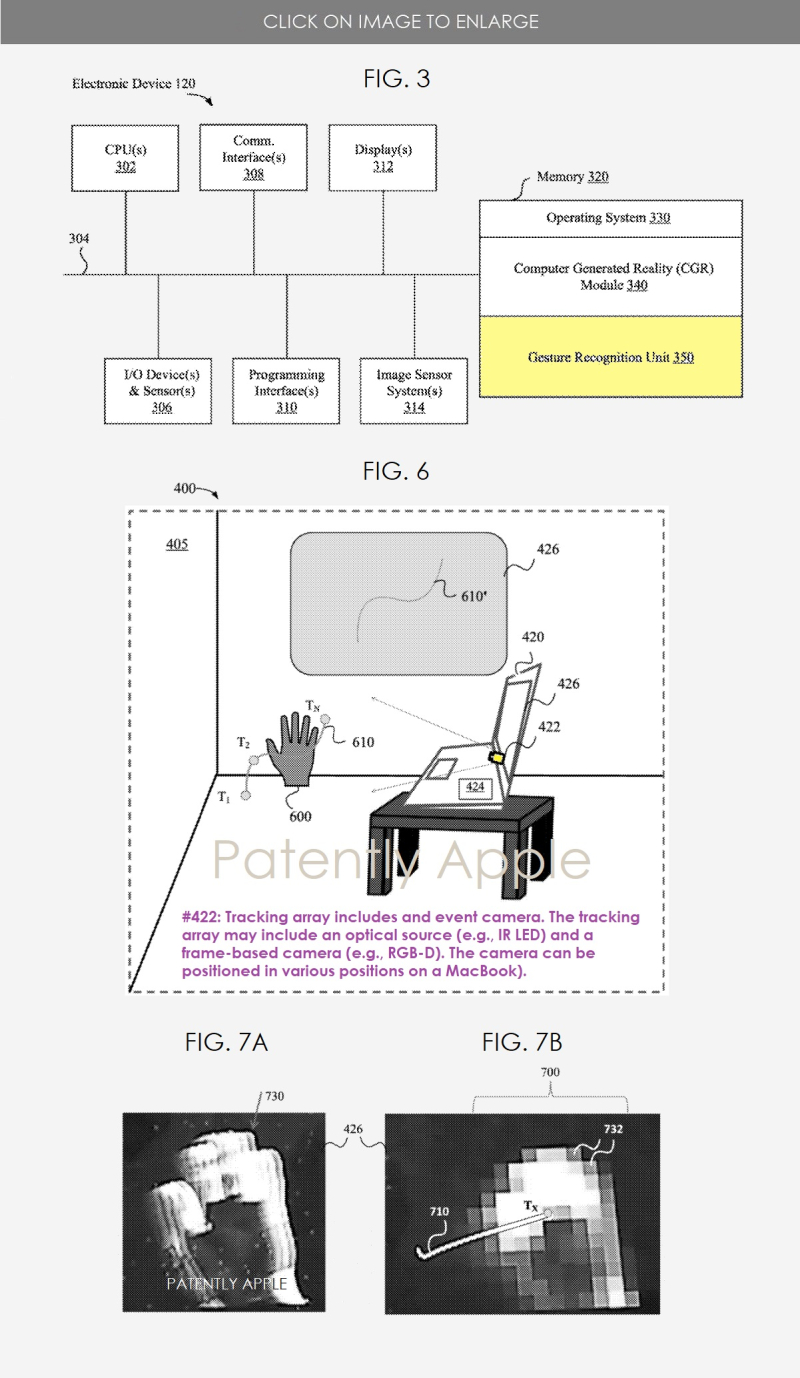 Apple's patent FIGS. 7A-7B above are diagrams illustrating an example of events detected by an event camera and a grouping of blocks of the detected events at a given time.