Apple held its global premier event for 'Now and Then' in Mexico, announced their summer line-up for kids & added Leslie Bibb to 'Mrs. American Pie' 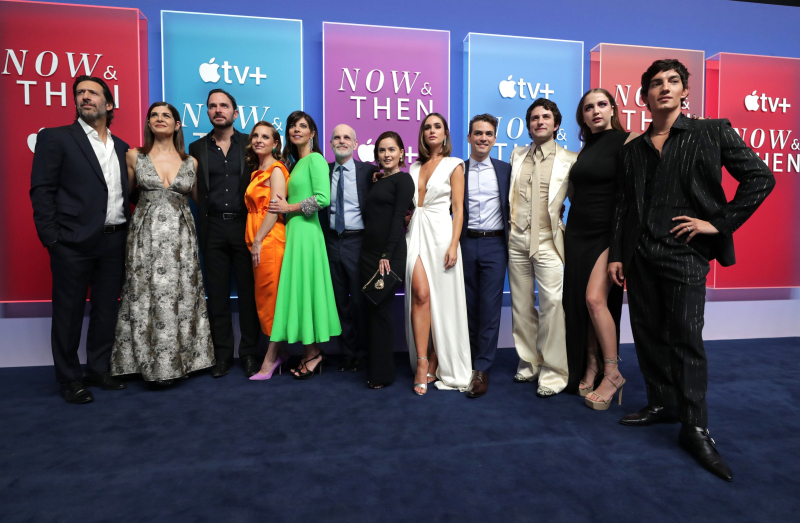 Another round of Apple TV+ News has been released today. The first press release covers Apple's global premiere event for bilingual thriller series "Now & Then," held today at the Cinemex Antara in Mexico City.

Set in Miami and shot in both English and Spanish, "Now & Then" is a multi-layered thriller that explores the differences between youthful aspirations and the reality of adulthood, when the lives of a group of college best friends are forever changed after a celebratory weekend ends up with one of them dead. Now, 20 years later, the remaining five are reluctantly reunited by a threat that puts their seemingly perfect worlds at risk.

The series hails from Bambú Producciones and creators Ramón Campos and Gema R. Neira. Campos serve as showrunner, and the series is written by Neira and Campos with their team.  Teresa Fernández Valdés and Gideon Raff are executive producers of the show, and Raff also directs. For more pictures, see Apple's full press release #1. 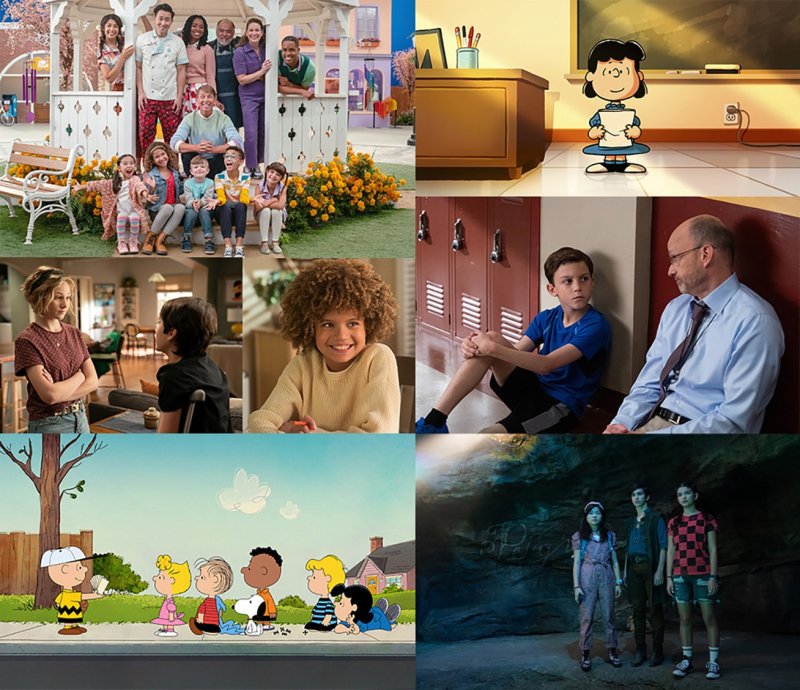 The all-new summer shows kick off on July 8 with the premiere of “Duck & Goose,” an endearing animated series based on The New York Times bestselling books by Tad Hills. New live-action series include the July 22 launch of “Best Foot Forward,” from Emmy Award nominee Matt Fleckenstein and based on the real-life story of Paralympic athlete, motivational speaker and author Josh Sundquist; followed by the July 29 premiere of “Amber Brown,” from Emmy Award nominated writer and director Bonnie Hunt, starring Carsyn Rose and Sarah Drew, and based on the beloved bestselling book series by Paula Danziger; the August 19 debut of “Surfside Girls,” from WGA Award winner and Daytime Emmy Award nominee May Chan, and based on the bestselling IDW graphic novel series by author Kim Dwinell; and “Life By Ella,” the story of a young girl as she takes a new outlook on life into a world that seems determined to break it down, starring Lily Brooks O’Briant, Artyon Celestine and Vanessa Carrasco.

Fan favorite series “Hello, Jack! The Kindness Show” will return for an all-new special and four original shorts, all set to debut on June 24. In the special — created by Emmy Award nominee Jack McBrayer and Daytime Emmy Award winner Angela C. Santomero, and written by Santomero and Emmy Award winner Jill Cozza-Turner (“Daniel Tiger’s Neighborhood,” “Get Rolling with Otis”) — Jack and his friends set out to solve a kindness mystery. The four shorts feature Jack’s interviews with real kids about their extraordinary acts of kindness, declaring them official Kindness Ambassadors in their own hometowns. For more, read the full Apple press release #2.

Today we're learning that Leslie Bibb has been tapped to star alongside Kristen Wiig in in Apple TV+ comedy series Mrs. American Pie, executive produced by Laura Dern. Based on Juliet McDaniel’s book, Mrs. American Pie hails from creator Abe Sylvia (The Eyes of Tammy Faye) and director Tate Taylor (Breaking News in Yuba County). Oscar winner Allison Janney also recently signed on to star in the series, in which Dern is poised for a key role.

Written by Sylvia and directed by Taylor, Mrs. American Pie is a story about gorgeously impossible people. Set during the powderkeg era of the early 1970s, it follows Maxine Simmons (Wiig) and her attempt to secure her seat at America’s most exclusive table: Palm Beach high society. As Maxine attempts to cross that impermeable line between the haves and the have nots, the series asks the same questions that baffle us today: Who gets a seat at the table, how do you get a seat at the table, and what will you sacrifice to get there? For more on this, read the full Deadline report.