Home Archives Contact Us Subscribe Twitter MeWe Facebook Patently Mobile
In Q1, Despite Concerns over Economic Slowdown and Inflation, Apple Retained its Global Leadership in Smartwatch Shipments
Apple patents Ultrasonic Haptic Soundwaves for HMDs delivering next-gen experiences for users like feeling wind or rain on their face in a game+ 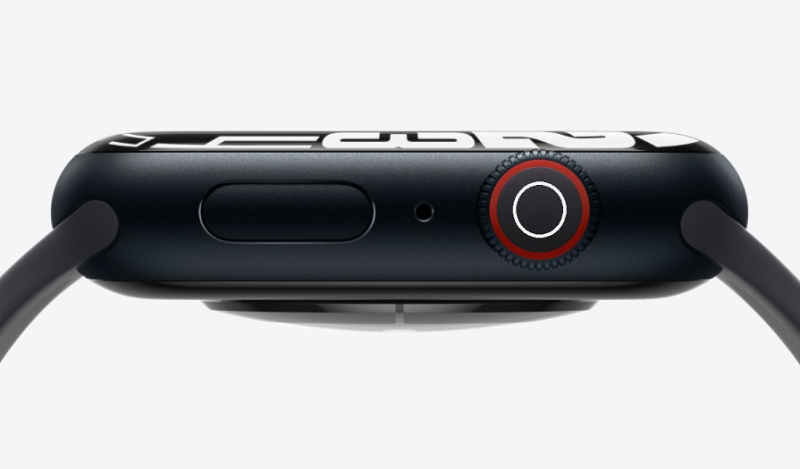 In June 2019 Patently Apple posted an IP report titled “Apple Wins Patent for an Apple Watch Band with a Built-In Rotatable Camera.” Today the U.S. Patent and Trademark Office officially granted Apple a new granted patent covering an Apple Watch with a camera integrated into its digital crown and more.

Apple’s patent FIG. 3 below illustrates an example of a usage of an Apple Watch (#100) having a camera integrated into the digital crown. This will permit the user to capture pictures with the camera while the watch remains worn to the user's wrist. The user may be able to simply point their hand wearing the watch and point the digital crown towards the scene which they desire to capture with the camera. Alternatively, the user may be able to remove the watch and/or watch housing to take a picture, if desired. 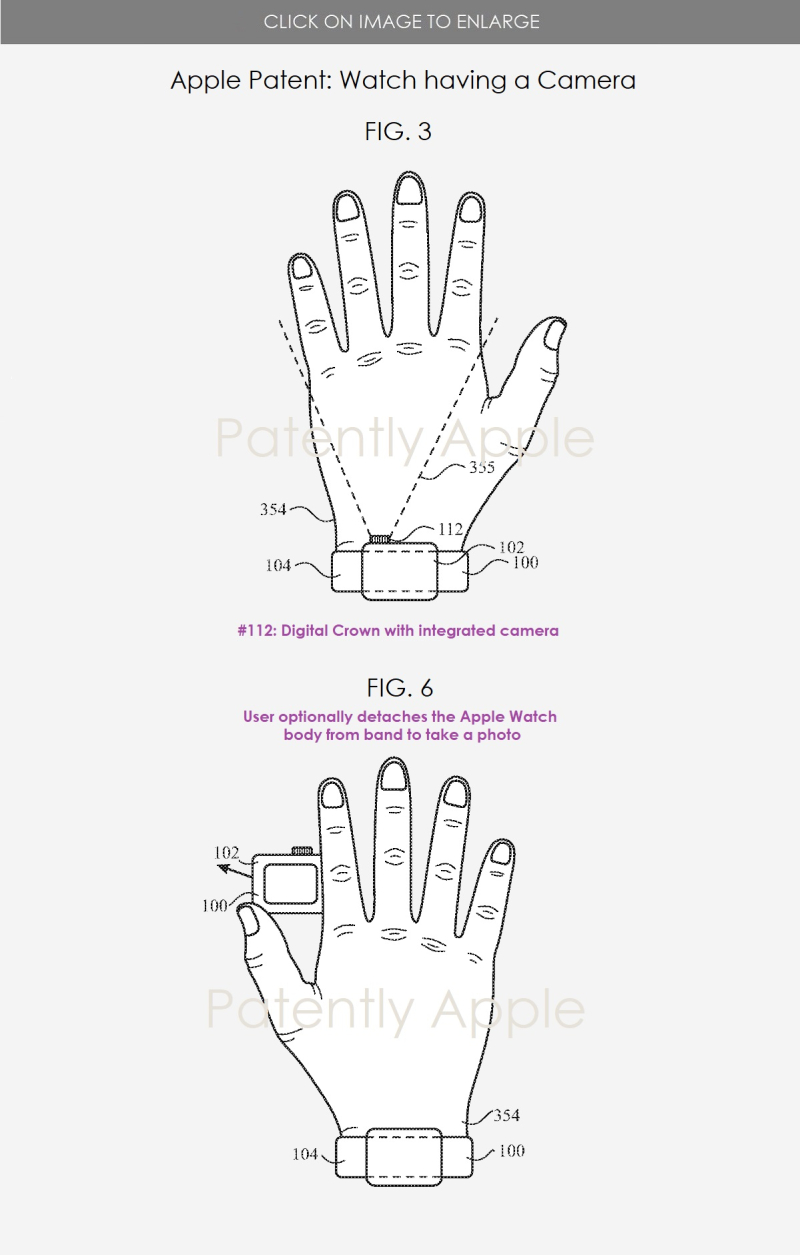 In Apple’s patent FIG. 6 above we see an example of the watch with a band as it is worn on a user's wrist, and with the housing of the watch removed or detached from the band during a capture of a picture.

Apple’s patent FIG. 11 below is a cross section view of a watch having light emitter configure to illuminate a scene for picture capture and illuminate a wrist for physiological sensing. 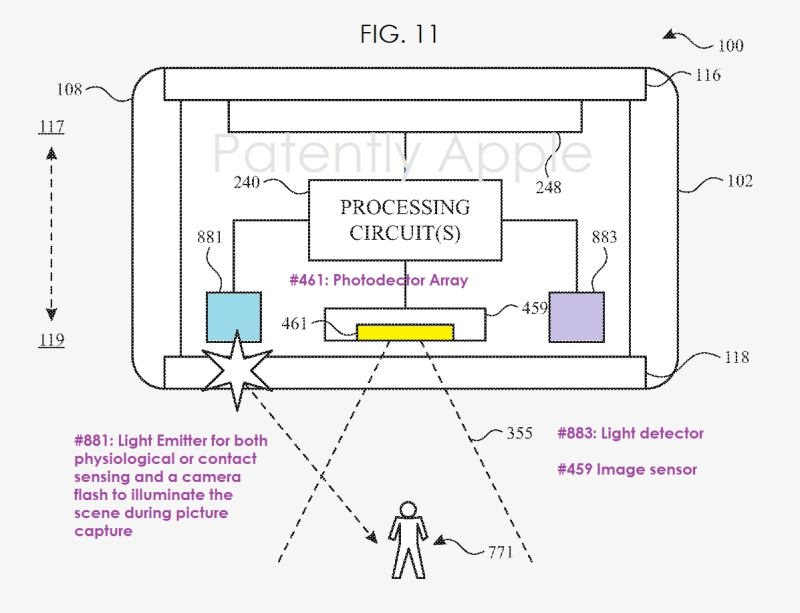 Another Apple Watch patent granted to Apple today is titled “Sensing contact force related to user wearing an electronic device.” The patent covers a processing unit of the wearable electronic device receives the force signal from the force sensor and determines the force exerted on the housing component based thereon. The processing unit may use that force to determine a tightness of the band, determine health information for the user, adjust determined force exerted on a cover glass, and/or to perform various other actions.