Home Archives Contact Us Subscribe Twitter MeWe Facebook Patently Mobile
Apple aims for about 220 million iPhones for 2022 in the face of tough market conditions, and rumor sites show us a peek at the iPhone 14 design
Apple Invents a new Under Display Sensor System for Touch ID, In-Air Gesturing, Gaze-Tracking, Health and much more 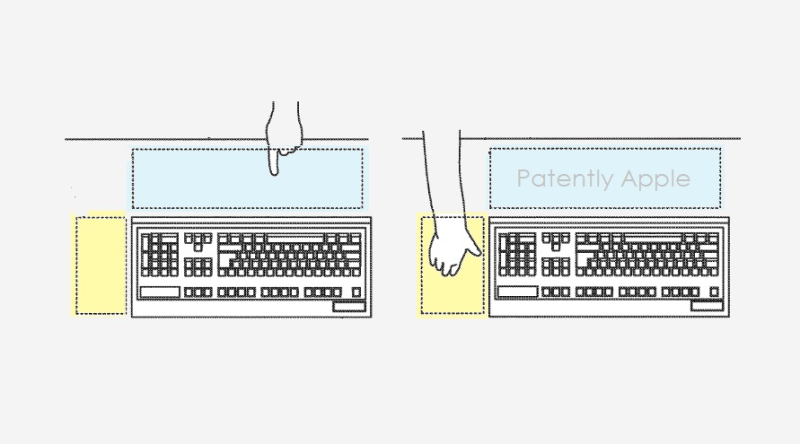 Today the US Patent & Trademark Office published a patent application from Apple that relates to an enhanced virtual trackpad area system. The patent was inherited by Apple when they acquired the Israeli firm PrimeSense for their deep technologies related to what became Face ID and others such as gaze and in-air gesture systems. The original Xbox Kinect camera system used PrimeSense's technology for in-air gesturing. That was in 2010. Imagine how this technology has advanced over the last decade – and this patent reveals some of how its possible advancements.

Since inheriting this patent from PrimeSense, Apple has worked on making it their own by cancelling the previous all-important patent claims and replaced them with 20 new claims reflecting their possible implementation of this technology in future Mac computers. Our archives for in-air gesturing patents now has 60, not including today's patent application to demonstrate that in-air gesturing has been an ongoing project at Apple for both Apple's future mixed reality headsets and Macs.

Apple's patent covers gestures that can be performed by a user in order to engage interactive items presented on a display coupled to a computer executing a user interface that includes three-dimensional (3D) sensing.

A user can interactively select given items simply by gazing at them and manipulating the given interactive item by performing two-dimensional (2D) gestures on a tactile input device, such as a touchscreen or a touchpad.

In alternative embodiments, the virtual surface can be implemented in space in proximity to the user, and the user can interact with the computer by performing 3D gestures.

Apple's patent FIG. 1 below is a schematic, pictorial illustration of a computer system implementing a non-tactile three-dimensional (3D) user interface; FIG. 3 is a flow diagram that schematically illustrates a method of detecting gazes and gestures. 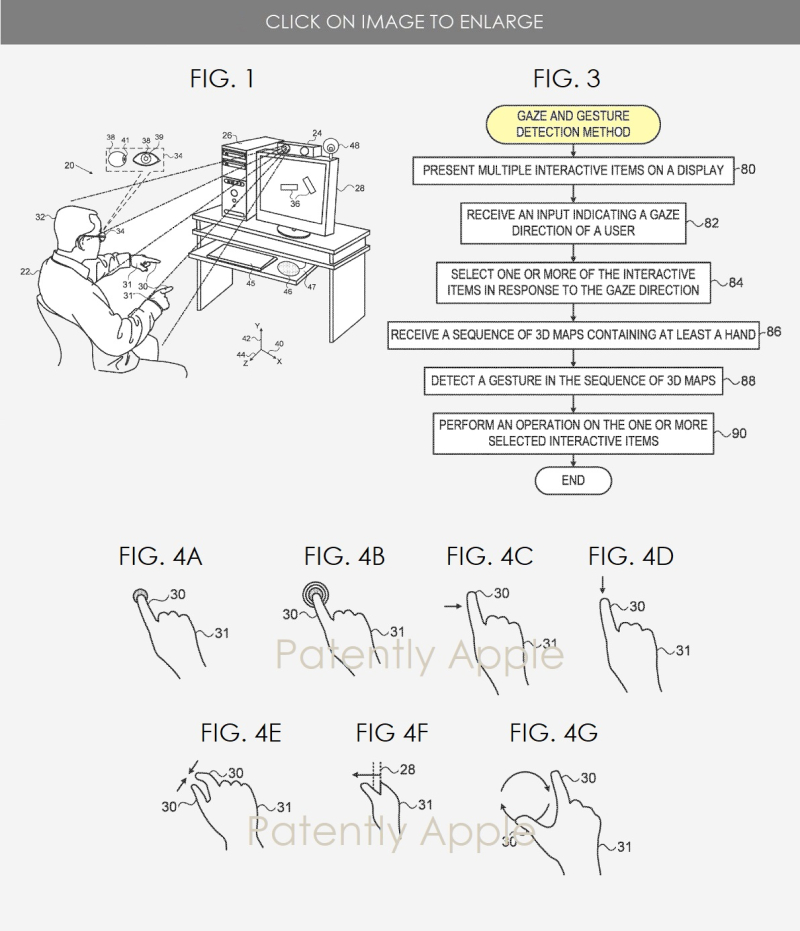 Apple's patent FIGS. 8A-8D below are schematic pictorial illustrations of physical regions on a physical surface; 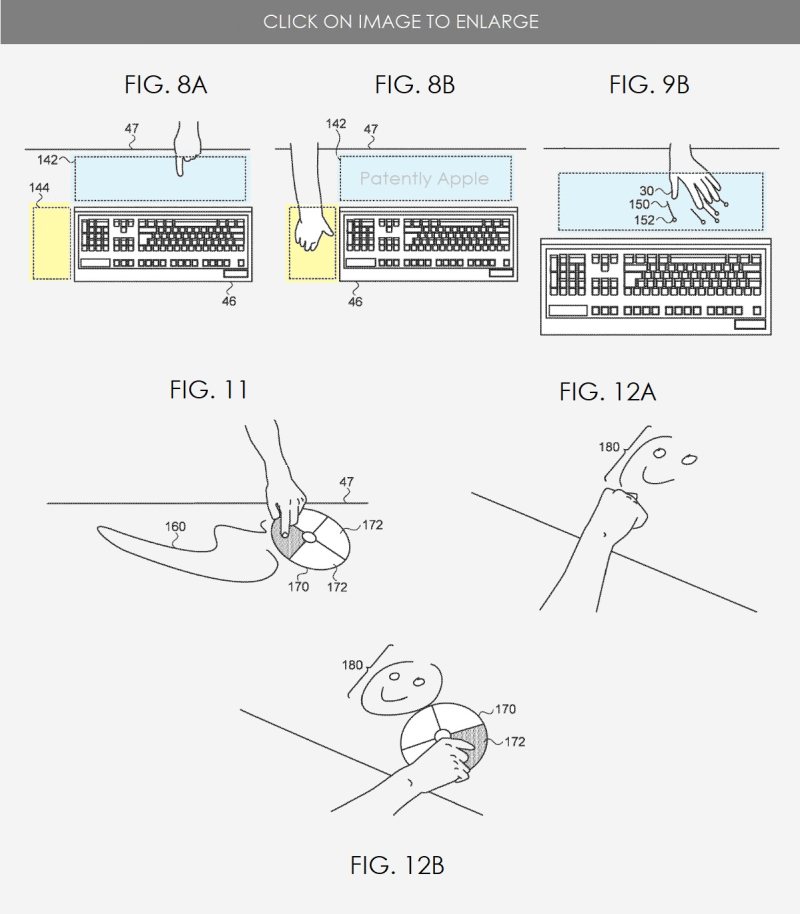 Apple has added specific gestures and/or in-air gestures to their patent claims that they may decide to implement in the future including tap, press and hold, slide to drag, swipe, pinch, grab, rotate, swipe from edge gestures.