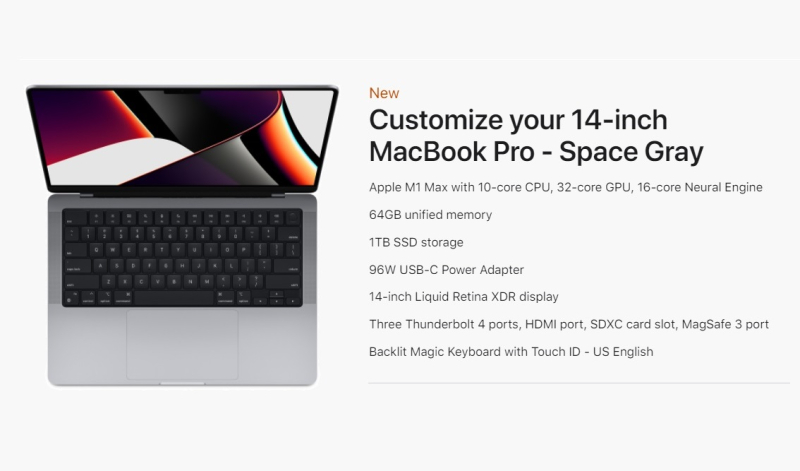 Bloomberg's Mark Gurman has been a busy reporter of late and in his latest report posted this afternoon he points to Apple's customers facing longer wait times for their shiny new MacBook Pro laptops. The culprit, likely the COVID-19 lockdowns in China.

Apple's supply side time is certainly working overtime to  keep its supply chain running smoothly during the COVID era -- especially as China pursues a zero-tolerance policy for outbreaks. More than 30 Taiwanese companies, including Apple laptop manufacturer Quanta Computer Inc., have halted production in China because of lockdowns. In Quanta’s case, the company shut a Shanghai plant to comply with government restrictions.

U.S. consumers trying to order Apple’s latest high-end models are now seeing delivery estimates pushed into June. And the date range for the lower-end configuration of the 14-inch MacBook Pro was as late as May 26 as of Wednesday. Those wait times represent a jump from recent days, before supply chain snags worsened again.

Apple’s highest-end MacBook Pro configuration -- a $3,499 version with additional graphics cores and memory -- is seeing delivery estimates as late as June 16 in the U.S. For more on this, read the full Bloomberg report.

The BBC report added that the restrictions in Shanghai are already beginning to be eased though Compal, one of Apple's suppliers for iPad experienced slowdown activity.

Dan Ives, an analyst at investment firm Wedbush Securities, said he expected the shutdowns to have an impact on production. He estimated that the production of 3 million iPhones has been affected so far this month, "with more to come if this continues."

Ives added that "The Pegatron closures throw gasoline on the raging fire which is the supply chain for Apple and other parts of the iPhone ecosystem," he said. "This amplifies supply chain issues for iPhones."

Mr. Ives also told the BBC that production of 2 million iPads and 1 million MacBooks may also be affected.

Apple's Financial Conference Call is scheduled for April 28 at 2:00 p.m. PT and it's at that time that Apple's CEO and CFO will hopefully provide us with little more color on the production shutdown situation and more.