Home Archives Contact Us Subscribe Twitter MeWe Facebook Patently Mobile
New Apple patents cover Eye-Tracking, In-Air Gesture Commands and a way to capture a user's Tattoo as an Apple Watch Face
The EU Commission is set to Expand their Antitrust case against Apple with a new Complaint by Sweden's Spotify 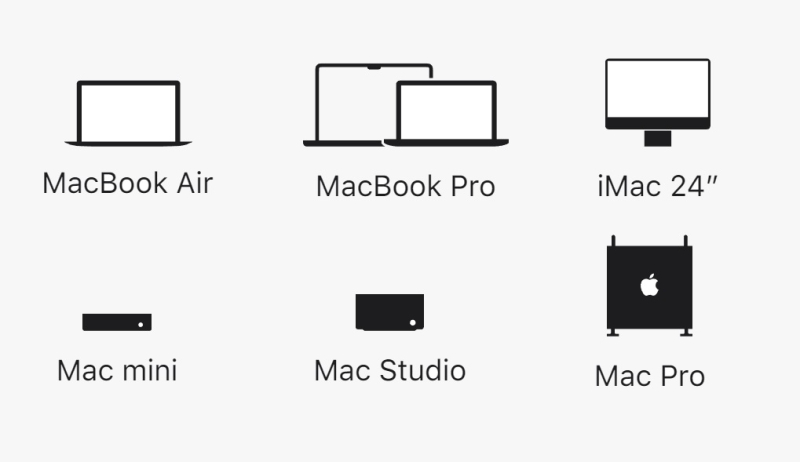 While global shipments of traditional PCs, including desktops, notebooks, and workstations, declined 5.1% in the first quarter of 2022, Apple's Mac shipments grew at a modest pace of 4.3% in comparison to industry leaders Lenovo and HP who declined 9.2% and 17.8% respectively, as presented in the IDC chart below. 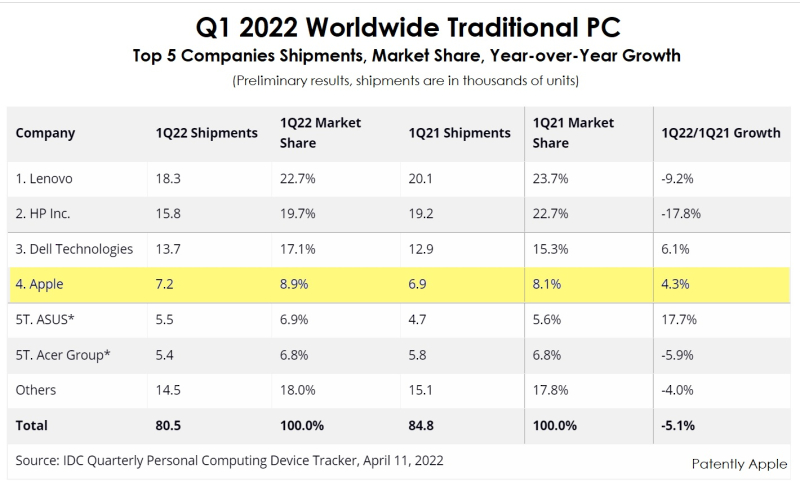 Dell, Apple, and ASUS were the only top-tier vendors that saw year-over-year shipment growth. The report didn't provide any breakdown of the figures between desktop and notebooks. It should be noted that IDC's report doesn't include tablets and detachable tablets.

Despite ongoing supply chain and logistical challenges, vendors still shipped 80.5 million PCs during the quarter. The 1Q22 volume marks the seventh consecutive quarter where global shipments surpassed 80 million, a feat not seen since 2012.

Jay Chou, research manager for IDC's Quarterly PC Monitor Tracker: "Even as parts of the market slow due to demand saturation and rising costs, we still see some silver linings in a market that has reached an inflection point towards a slower pace of growth." For more on this, read the full IDC report.

Canalys also reported on PC's for Q1 2022 today that showed Apple with a higher 8.0% year-over-year growth, almost double that of the IDC's statistics. Canalys doesn't cover tablets and detachables in their statistics as well.  Update 4:29 p.m. PST: Gartner has now published their stats for PC shipments wherein they claim Apple's growth Year-over-Year for Q1 2022 was 8.6%.