Smartglasses will be one of the next consumer device battlegrounds between Apple, Meta, Google, Samsung and others 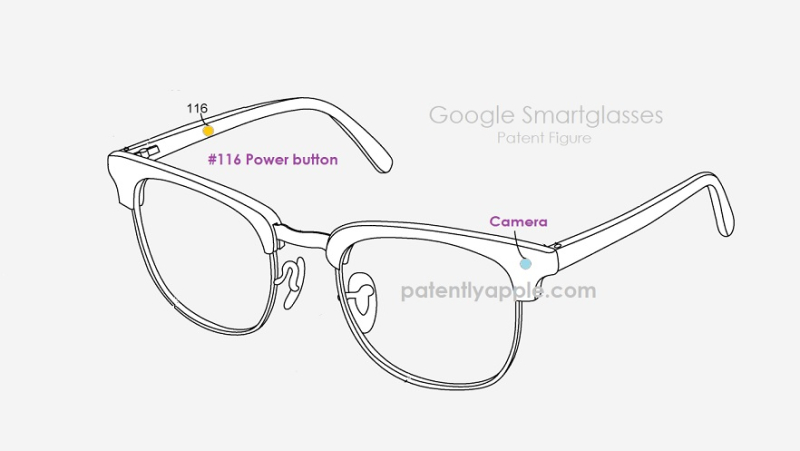 Earlier this month The Verge posted a report titled "Mark Zuckerberg's Augmented Reality." It's not a secret that Zuckerberg wants to beat Apple to market and lead the future metaverse market. Zuckerberg calls AR goggles a "holy grail" device that will “redefine our relationship with technology," akin to the introduction of smartphones, especially the Steve Jobs moment in time when the iPhone rocked the world.

Meta’s CEO also sees the AR glasses, dubbed Project Nazare, as a way to get out from under the thumb of Apple and Google, which together dictate the terms that apps like Facebook have to abide by on mobile phones. The first version of Nazare is designed to work independently from a mobile phone with the assistance of a wireless, phone-shaped device that offloads parts of the computing required for the glasses to operate. A marquee feature will be the ability to communicate and interact with holograms of other people through the glasses, which Zuckerberg believes will, over time, provide people with a more immersive, compelling experience than the video calling that exists today.

A former Facebook employee stated that "Zuck’s ego is intertwined with the glasses. He wants it to be an iPhone moment." I find that Zuckerberg is a big dreamer trying to be at Apple's level in the industry and beyond. I don't put much stalk in what his vision is for the metaverse at the moment, but if you happen to, then the report by The Verge is worth reading. The report ends with someone involved with Meta's Nazare project stating: "You have to really be a missionary to see this through," because "It will take decades."

With that said, Meta will likely be a major player in the AR smart smartglasses sector when it realistically hits the market. Though other major players including Apple, Google and Samsung (at minimum) are hard at work to make sure that they take a chunk of this next-gen killer consumer smart device.

While Apple's hardware and software prowess is legendary and likely to capture a major chunk of this next-gen consumer device, Google wants to resurrect Google Glass as a leading brand.

Over the weekend, Patently Apple discovered one of Googles' latest smartglasses patents. Google states in their filing that smartglasses add information alongside what the wearer sees through the glasses. Superimposing information (e.g., digital images) onto a field of view may be achieved through smart optics such as an optical head-mounted display (OHMD), or embedded wireless glasses with a transparent heads-up display (HUD), or augmented reality (AR) overlay. Modern smart eyewear are effectively wearable computers which can run self-contained mobile apps. Some may be handsfree and can communicate with the Internet via natural language voice commands, while others may use touch buttons.

Google's patent FIG. 1 below illustrates an example sketch of example smartglasses. The smartglasses add information alongside what the wearer sees through the glasses. For instance, the eyewear #100 can have virtual image displays or "virtual displays" that add information to what a wearer sees through the glasses. A virtual display may, for example, be an in-lens micro display, or a display projected on a lens surface, or a display projected on a plane of a lens-less frame, etc. The eyewear 100 may be an AR headset. 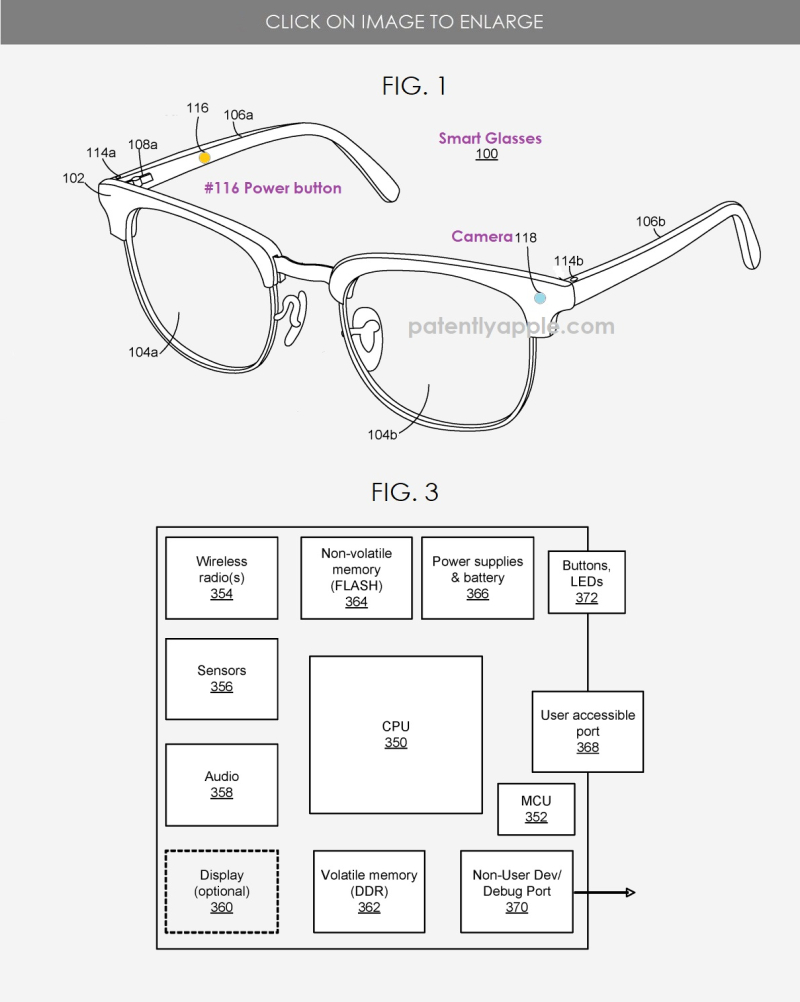 Google's patent application was published last Thursday by the World Intellectual Property Organization under #WO2022081192. You could review the details here.

Earlier this month a Korean IT News report posted a report claiming that LG Innotek was in discussions with Google to supply 3D sensing and camera modules for Google's future smartglasses to be released as early as next year. LG is reportedly working with Apple, Microsoft and Oculus on similar technologies.

AR Glass, which is being developed by Google, creates augmented reality (AR) by mixing real and virtual images. Next year's product is known to have better usability compared to Google's previous AR glasses. A high-quality camera module and 3D sensing module play a key role in the blending virtual images with the real world.

LG Innotek is a major supplier of camera modules for Google's Pixel Phone. It has supplied smartphone camera modules to Google for several years. For more, read the full report by Korea IT News 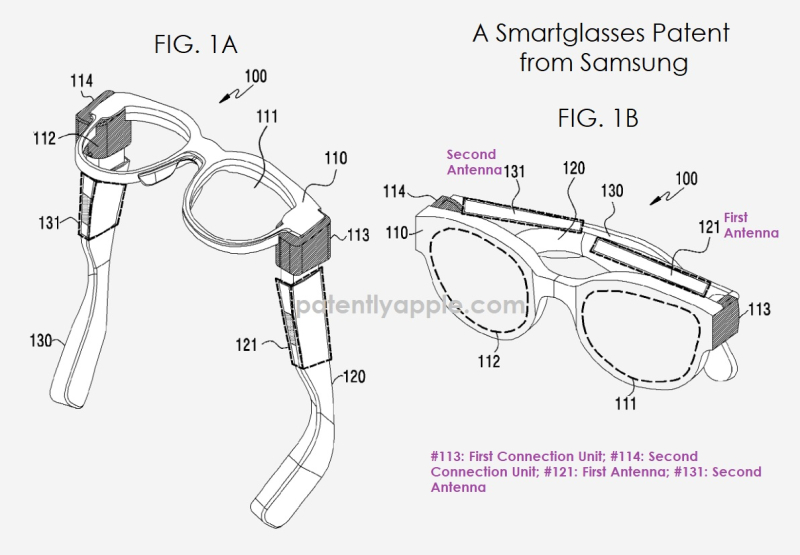 Last Thursday the World Intellectual Property Organization also published an AR smartglasses patent from Samsung. The focus of the patent covers how their glasses will integrate communication antennas.

According to Samsung, when an overlap between antennas occurs in an electronic device including a plurality of antennas, interference between the antennas can be prevented by switching at least one antenna, and thus the radiation performance of the antenna can be prevented from deteriorating.

​In addition, the radiation performance of the antenna can be improved by turning on or off at least one antenna on the basis of the use state of the electronic device including the plurality of antennas, connecting to the ground, or moving at least one resonant frequency.

For more on this, read Samsung EU patent filing here. Note, in order to read the patent, WIPO offers a Translation button to translate the Korean patent into English. Once you choose the language you want, scroll slowly down the pages and the translation will happen in real-time.

While the next short term battle ground will be about hybrid 17" tablet-notebooks (01, 02, 03 and 04), the longer term battle will be smartglasses that could possibly replace smartphones for many. Check out our archives covering Apple's work on next-gen smartglasses here. Below is a patent figure from an Apple patent published in February 2021. 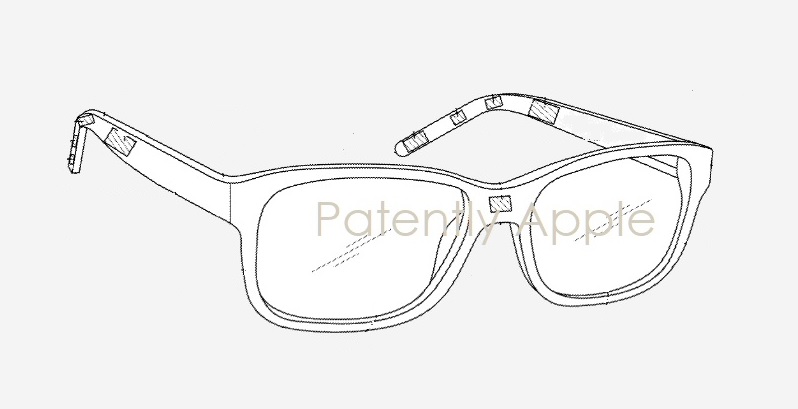