Home Archives Contact Us Subscribe Twitter Facebook Patently Mobile
A new report claims that an iPhone with a 2nm Processor could be Disappointingly Delayed to between 2025 and 2026
A Possible Google Watch Prototype was left behind in a U.S. Restaurant & Photos have been Published of this Bulbous Design 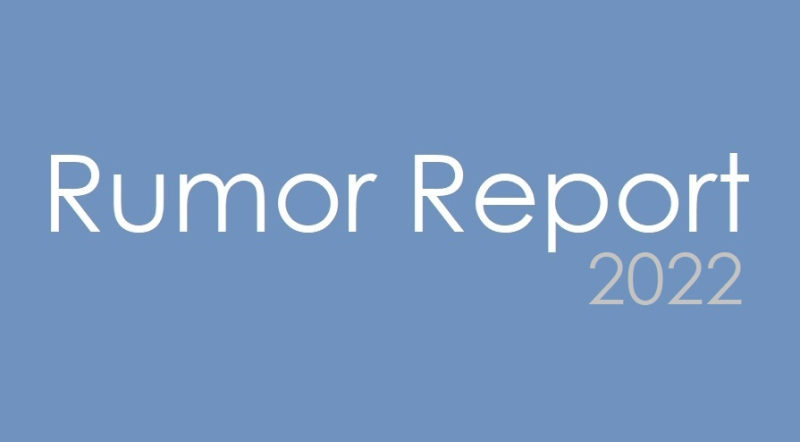 A new rumor report touches on a few details about the upcoming iPhone 14 and a future "M3" powered iMac in-the-works.

Bloomberg reporter Mark Gurman has posted his "Power One" newsletter.  Firstly, a few finer points about the iPhone 14 were predicted. Starting with display sizes Gurman predicts that for the first time, the non-Pro iPhone line will get a 6.7-inch screen option. Gurman thinks that version of the phone will be extremely popular given that users will now be able to get Apple’s largest iPhone size for at least $200 less than before. The four model displays will debut as follows:

To jazz up the iPhone 14 Pro Max, Apple will exclusively include a new 48-megapixel sensor for the wide-angle. The high-end iPhone will also be the only model to actually include the new A16 chip while the other models will use the current A15 chip. Whether this decision was based on the current chip shortage is unknown at this time.

Apple has been working on a special project regarding iPhones with satellite services since 2019, though Apple was granted a patent on satellite services in 2015 with another patent filing dating back to 2013. In 2021, one-time great Apple analyst Ming-Chi Kuo had pointed to the iPhone 13 could support  low-Earth-Orbit satellite communications (LEO), which of course it didn't. Mark Gurman provided some fresh pointers on this service as follows:

"To be clear: The iPhone won’t be getting the ability to make calls over satellite networks. Instead, the feature is designed to report emergencies or send short texts to emergency contacts when out of cellular service range. You can read my story from last year for more details.

Since reporting that the iPhone is gaining the feature, I’ve heard that the Apple Watch is also destined to get that functionality—either this year or in 2023. Whether it’s on the iPhone or Apple Watch, the technology would provide an alternative to the Garmin inReach Explorer and SPOT, handheld satellite communicators with similar features.

There have been signs lately that Apple and its apparent satellite partner Globalstar Inc. might be getting closer to launching such a feature. In February, Globalstar said it reached an agreement to buy 17 new satellites to help power “continuous satellite services” for a “potential”—and unnamed—customer that had paid it hundreds of millions of dollars. Is that customer Apple? We’re probably less than six months from finding out.

Gurman's 'Power On' newsletter then shifted to a future iMac. Gurman has heard that an M3 version of the iMac is ready in-the-works … though he imagines that it won’t launch until the end of 2023 at the earliest. For more on today's Power On Newsletter, you could sign up here.