Home Archives Contact Us Subscribe Twitter Facebook Patently Mobile
Due to the Success of M1 MacBook Shipments, Apple was the only PC Vendor in Q1 to have delivered Growth
Apple's Engineers appear to be deadly focused and determined to create a very sophisticated entry-level Glasses-Style HMD 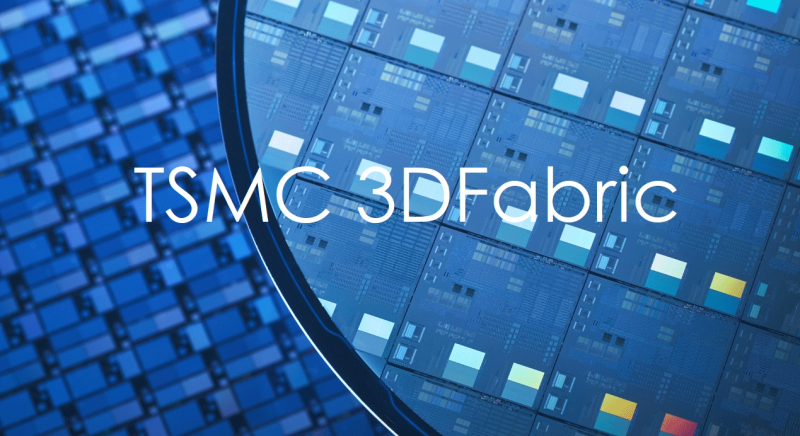 In June 2021 Patently Apple posted a report titled "TSMC's 3DFabric Technology is the next big wave in Chip Design that Apple will take advantage of in the not-too-distant Future." While TSMCs 3DFabric didn't first debut on an iPhone, a new Tom's Hardware report states that TSMC has clarified that Apple's UltraFusion Chip-to-Chip interconnect does.

TSMC recently confirmed that Apple used its InFO_LI packaging method to build its M1 Ultra processor and enable its UltraFusion chip-to-chip interconnect. Apple is one of the first companies to use InFO_LI technology.

When Apple introduced its 20-core M1 Ultra processor earlier this year, it impressed observers with its UltraFusion 2.5 TB/s inter-processor interconnect and made us wonder what kind of packaging technology it used. Since Apple uses TSMC's chip production services, it was reasonable to assume that it used one of TSMC's packaging technologies too.

According to a presentation demonstrated by the foundry at the International Symposium on 3D IC and Heterogeneous Integration, Apple uses Integrated Fan-Out (InFO) with local silicon interconnect (LSI) and a redistribution layer (RDL). The slide, as presented below, was republished by Tom Wassick, a semiconductor packaging engineering professional.

Ultimately, Apple's UltraFusion chip-to-chip interconnect uses a passive silicon bridge that connects one M1 Max to another M1 Max processor to build an M1 Ultra, but there are several ways to implement such a bridge. InFO_LI uses localized silicon interconnects beneath multiple dies instead of large and costly interposers, which is a concept that is very similar to Intel's embedded die interconnect bridge (EMIB).  For more on this, read the full report by Tom's Hardware.