Home Archives Contact Us Subscribe Twitter MeWe Facebook Patently Mobile
Apple Reveals in a Patent that Spatial Audio is being developed for FaceTime and more
Jason Momoa, Star of the Apple TV+ Series 'See' is set to Produce & Star in a new Series titled 'Chief of War' 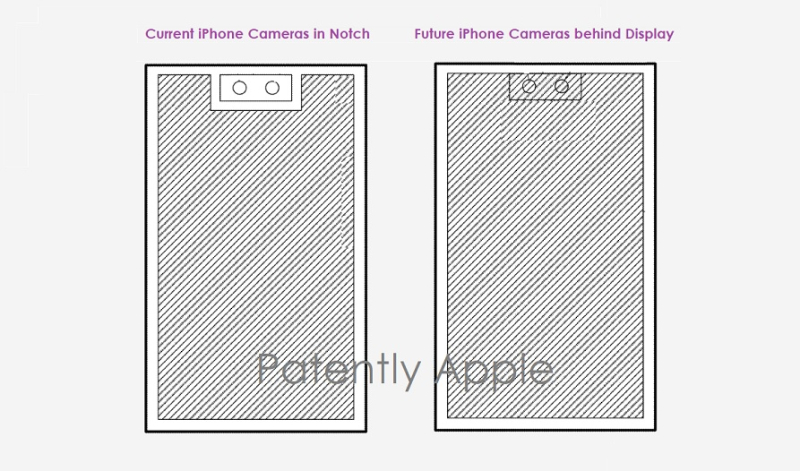 Last summer Patently Apple posted a report titled "While Apple is working on ways to eliminate the iPhone's camera notch, Samsung delivered a clever solution on their new Galaxy Z Fold3." Today the U.S. Patent and Trademark Office officially granted Apple a patent that relates to eliminating the iPhone's notch and repositioning the TrueDepth camera system behind the iPhone's display very much like Samsung has already accomplished.

Today, Apple's TrueDepth camera notch reduces the potential size of the display, as the camera occupies a portion of the front surface of an iPhone preventing the portion from being occupied by the display.

Apple's patent FIG. 2 below illustrates the current iPhone Notch design and FIG. 3 illustrates a future iPhone design with the TrueDepth camera system hidden behind the back of the display imagery. 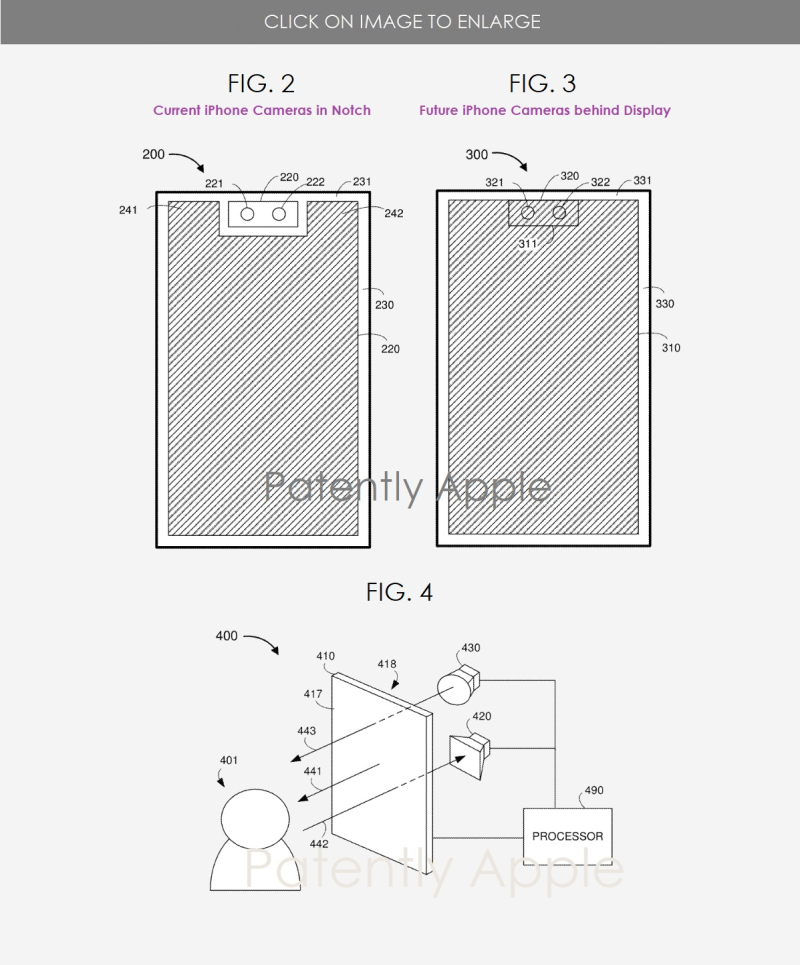 Apple's patent FIG. 4 above illustrates a future operating environment #400 wherein the camera system is behind the display imagery. Apple notes that "although the camera #420 does not necessarily contact the display #410, the camera is closer to the back surface (#418) of the display than the front surface #417.

Apple's patent FIG. 12 below illustrates a functional block diagram of a device (#1200) including restoration optics #1220 configured to reduce image distortion caused by a display #1210. 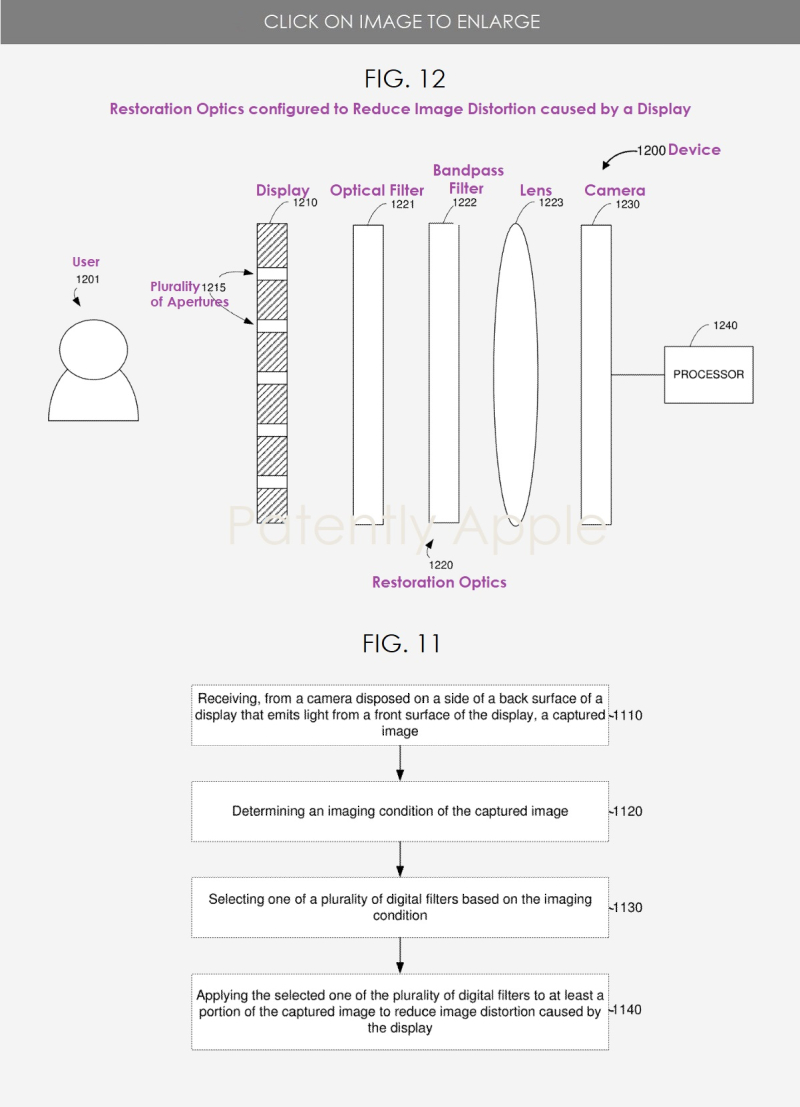