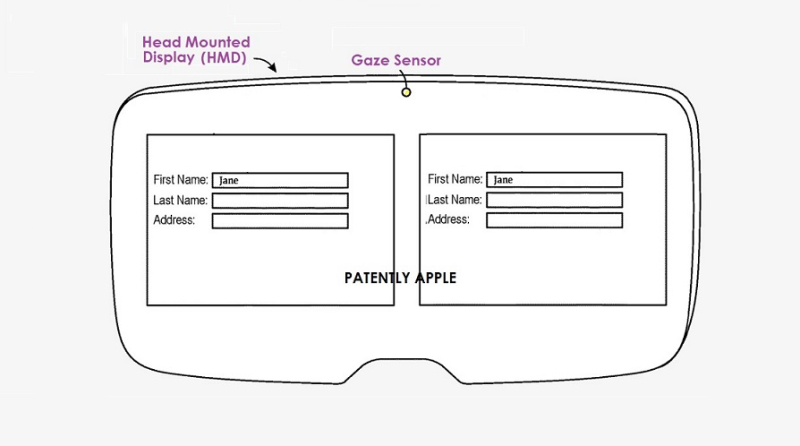 Apple's granted patent describes techniques for interacting with an HMD using an eye gaze. According to some embodiments, a user uses their eyes to select a text input field displayed on the HMD display.

The techniques provide a more natural and efficient interface by, in some exemplary embodiments, allowing a user to identify where text is to be entered using primarily eye gazes.

The techniques are advantageous for virtual reality, augmented reality, and mixed reality devices and applications.

The techniques can also be applied to conventional user interfaces on devices such as desktop computers, laptops, tablets, and smartphones.

Apple's patent FIG. 4 below illustrates a Head Mounted Display device (HMD) with a built-in Gaze Sensor. A user will be able to look at a form (for example) in VR world or real-world environment and be able to direct their text input to specific areas of the form as detected by the gaze sensor detecting the user's focus. The technology is so precise that a minor gaze from the "First Name" input slot to the next box "Last Name" could be detected accurately so that the user can fill in the box without the use of a mouse. 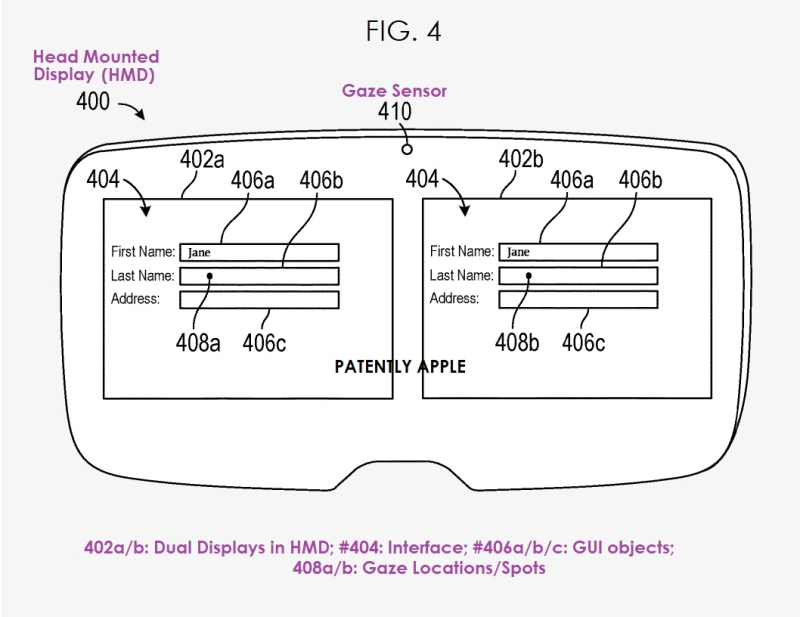 Apple notes that the gaze sensor (#410) is directed toward a user and, during operation, captures characteristics of the user's eye gaze, such as image data of the eyes of the user.

In some embodiments, the gaze sensor includes an event camera that detects event data from a user (e.g., the user's eyes) based on changes in detected light intensity over time and uses the event data to determine gaze direction and/or gaze depth.