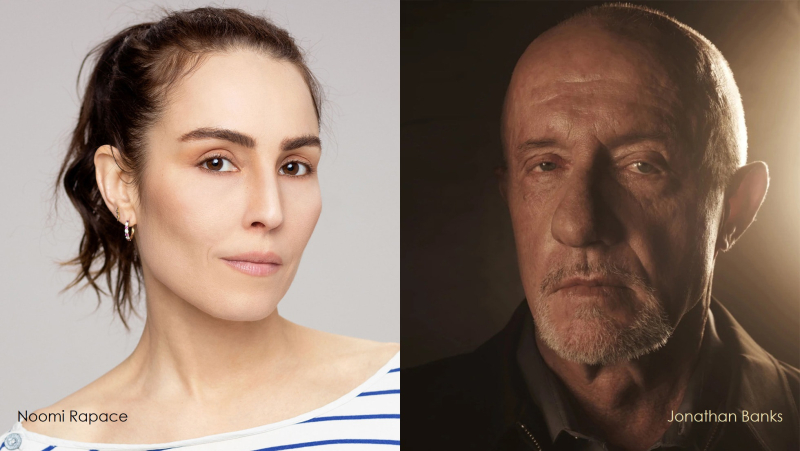 Apple TV+ was certainly on a hot roll today with a series of announcements that we covered in a report titled "Apple TV+ has signed 'Make or Break' Surfacing Docuseries to a second season prior to it's Season 1 Debut on April 29 & much more."

This evening Apple TV+ delivered yet another announced that it had given the green light for a new conspiracy-based psychological thriller drama series titled "Constellation" starring Noomi Rapace (“The Girl with the Dragon Tattoo,” “You Won’t Be Alone”) and Emmy Award nominee Jonathan Banks (“Mudbound,” “Breaking Bad,” “Better Call Saul”).

"Constellation" will star Rapace as Jo, a woman who returns to Earth after a disaster in space — only to discover that key pieces of her life seem to be missing. The action-packed space adventure is an exploration of the dark edges of human psychology, one woman's desperate quest to expose the truth about the hidden history of space travel and recover all that she has lost.

The series was created and written by Peter Harness (“The War of the Worlds,” “Doctor Who,” “Wallander”). Emmy Award winner Michelle MacLaren (“Shining Girls, “The Morning Show,” “Breaking Bad”) is set to direct the new series from Turbine Studios and Haut et Court TV.

This marks the third series collaboration for Apple TV+ and MacLaren, who serves as director and executive producer on upcoming Apple Original series “Shining Girls,” as well as Emmy, SAG and Critics Choice Award-winning global hit “The Morning Show.”