Apple, the undisputed Worldwide leader in Tablets in Q1, also shipped more than double all Chromebooks shipped in the quarter 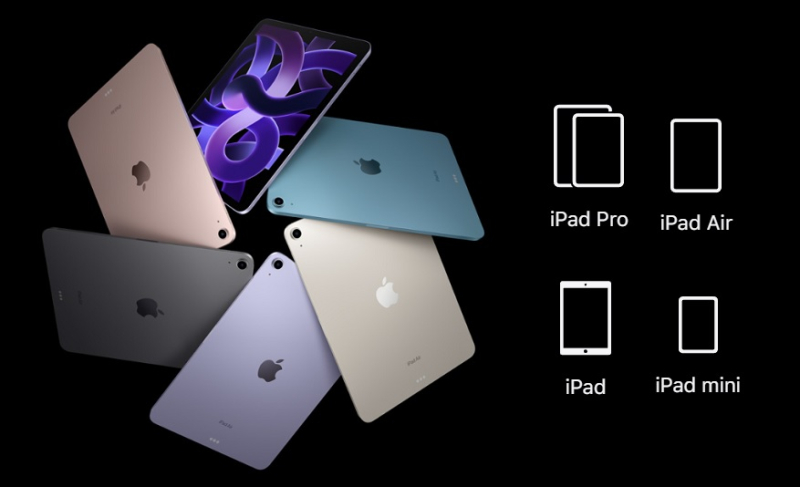 Apple's CFO Luca Maestri stated during Apple's Financial Conference Call on Thursday: "We grew in each of our product categories except iPad, which remains significantly supply constrained throughout the quarter." Maestri later added that "iPad revenue was $7.6 billion, down 2% year over year (YoY) due to continued supply constraints." While revenue was down 2% YoY, a new report by IDC shows that Apple's Yoy growth was down 4.6%. 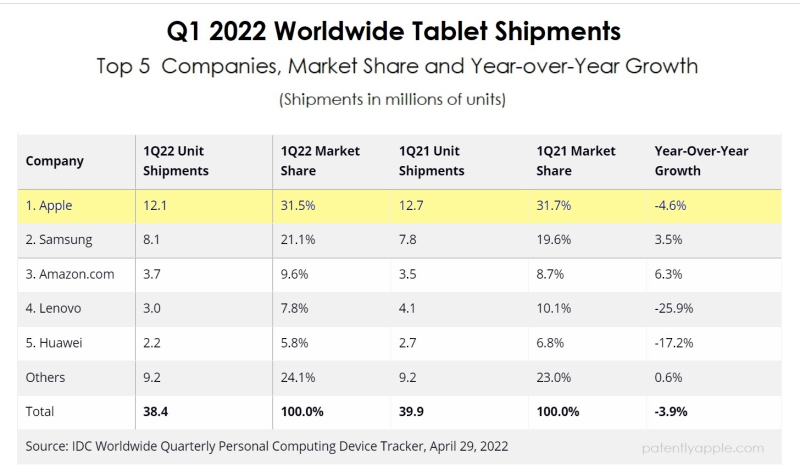 The IDC report failed to provide an iPad device breakdown to help us understand the successes within the product mix.

Overall, the IDC report states that worldwide tablet shipments reached 38.4 million units during the first quarter of 2022 (1Q22), posting a decline of 3.9% year over year as demand slowed. Aggressive purchasing of devices in 2020 and 2021 led many users to hold onto their recently purchased tablets.

The report further noted that Chinese smartphone vendors realme, OPPO and Xiaomi are now entering the "emerging markets' tablet sector and while shipment volumes are low, they're expected to continue to grow over time that could affect market players like Samsung and Amazon. "These vendors will take advantage of their existing channel presence to build an ecosystem where consumers possess multiple products of the same brand, just like Apple," according to Anuroopa Nataraj, senior research analyst with IDC's Mobility and Consumer Device Trackers.

For more on this report that also covers Chromebook statistics, read the full IDC report.