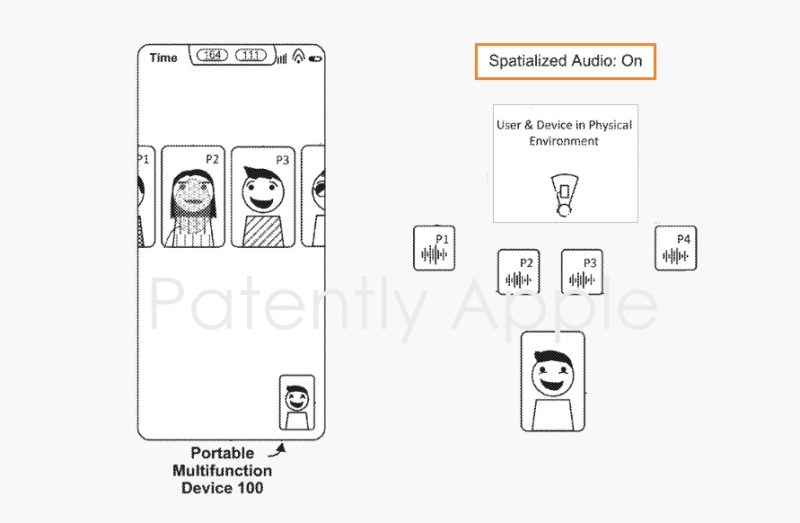 In iOS and iPadOS 14, Apple added spatial audio which is now available for Apple TV, Macs and HomePod. Now a new patent application reveals that Apple is developing spatial audio for FaceTime that could be on its way in the not-too-distant future.  In fact, Apple introduced the basics of this technology during their  2021 WWDC Keynote.  That brief segment of the keynote is presented in the video below. The patent further touches on spatial audio coming to Apple's future mixed reality headset in the future.

Last Thursday, the US Patent & Trademark Office published a patent application from Apple that relates to audio output systems, including but not limited to systems for spatializing audio, output by audio output devices, associated with participants during a communication session / FaceTime, optionally, displaying video-conferencing user interfaces on one or more display devices, with one or more input devices.

Apple states in their patent application that there's a need for audio output devices (iPhone, iPad, Macs) and in some embodiments associated electronic devices with improved methods and interfaces for spatializing audio during communication sessions and communication session that include a visual component (e.g., a video call/FaceTime).

Apple's patent FIG. 11S below illustrates a user accessing a settings user interface while executing a video call application / FaceTime. The graphic element #1175 shows "Video Call: Requires Spatial Audio;" FIG. 5B visually illustrates how audio is perceived by a user (#501) of the device (#100) when the spatialized audio feature is enabled; and FIG. 10J illustrates a simulated spatial audio location map showing participants in the FaceTime call will be heard distinctly in different spatial audio areas. 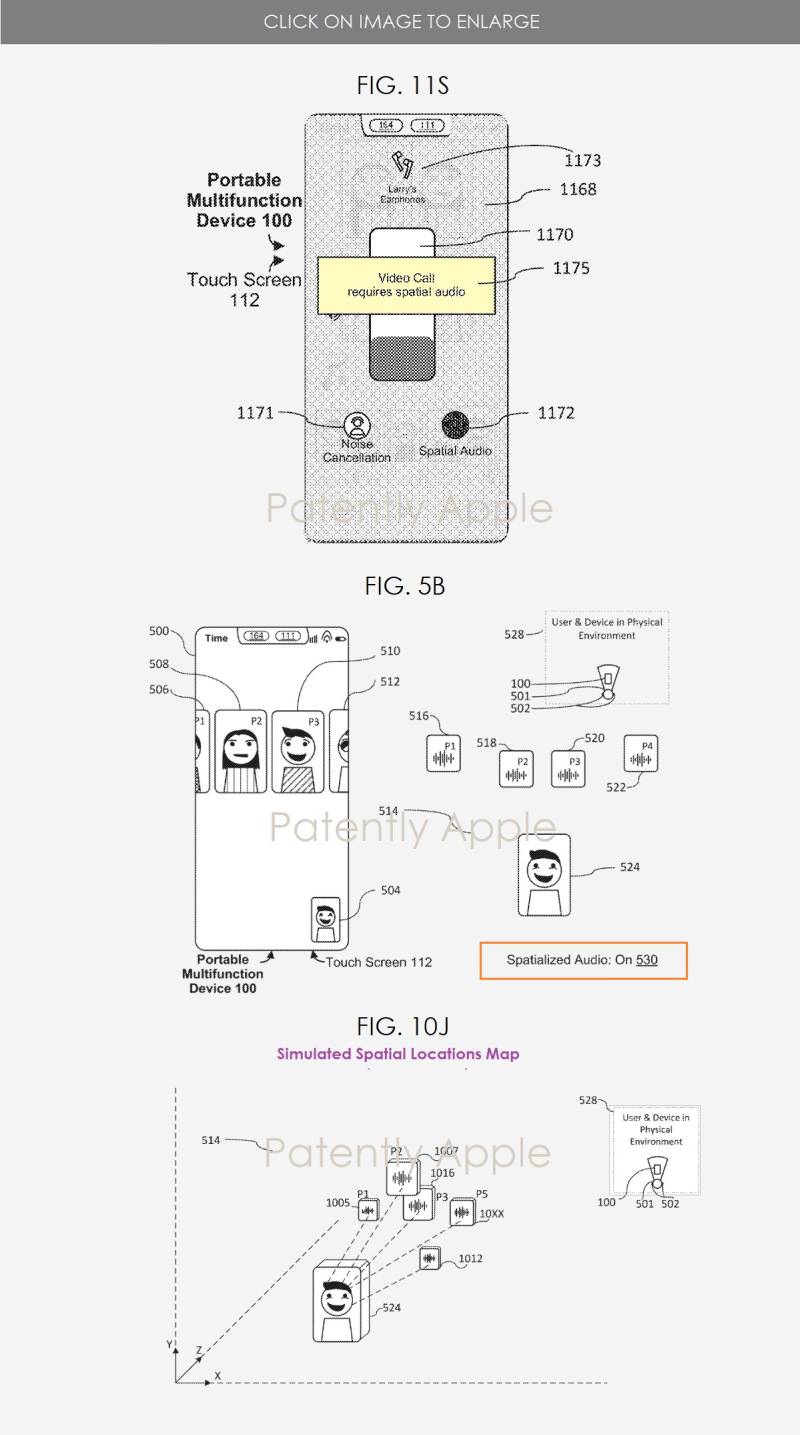 Apple's patent application number 20220103963 is deeply detailed with over a hundred patent figures to explore here. In some ways, this is a patent fulfilled. Yet engineers may still appreciate the detailing behind this invention. 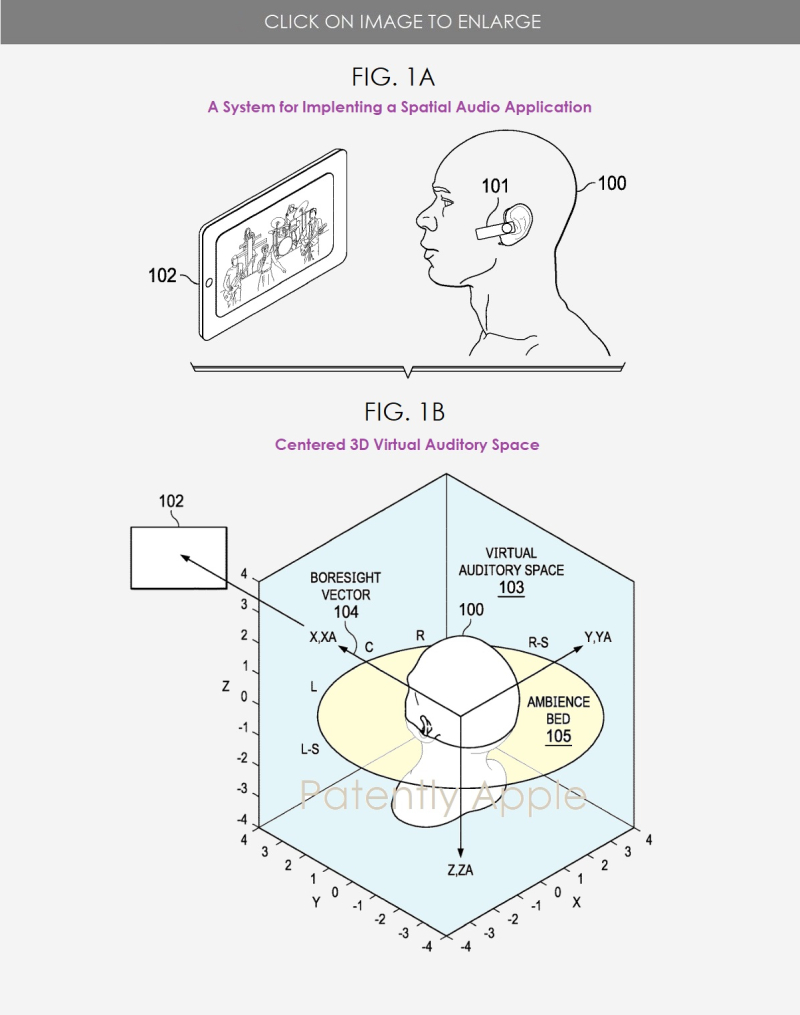