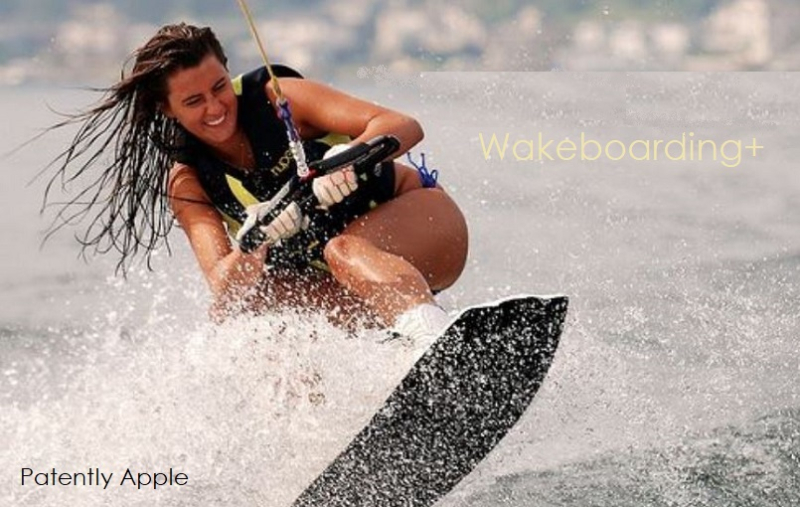 It's being reported today that "Apple is planning as many as three new Apple Watches for this year, including a standard Series 8 model, a low-end SE version and an upscale model with a rugged casing that is aimed at extreme athletes." Last week Patently Apple posted a patent report on this titled "Apple has Invented a next-gen smart Stand-Alone Water Detector for Apple Watch & iPhones that could support Extreme Sporting."

Bloomberg's Mark Gurman further noted that "For watchOS 9, Apple also is planning a new low-power mode that is designed to let its smartwatch run some apps and features without using as much battery life. Currently, Apple Watches in low-power mode -- known on the device as Power Reserve -- can only access the time. The company is also planning to refresh many of its built-in watch faces currently shipping with the device. 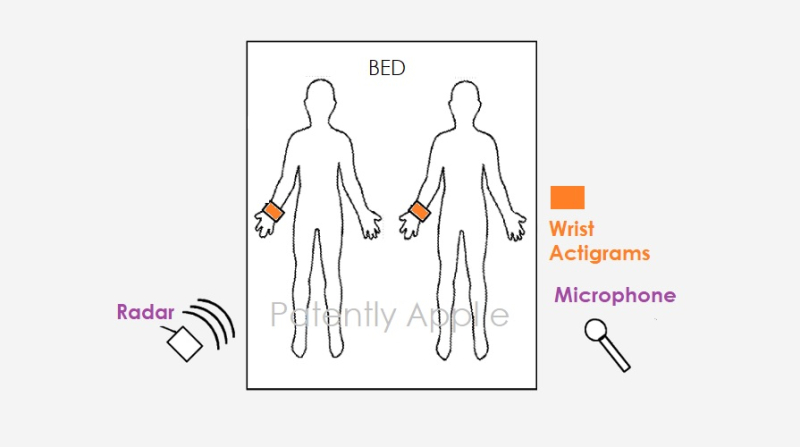 Apple has teams working on an updated sensor and software for the Apple Watch that would determine if a user has high blood pressure, but accuracy has been a challenge during testing, said the people, who asked not to be identified because the matter is private. The feature has been planned for at least four years, but it’s probably two years away from hitting the market and may slip until 2025, they said.

Blood-pressure features may become a key selling point for smartwatches in coming years, but the technology hasn’t been easy to master. Though Apple rivals such as Samsung Electronics Co. have launched watches with this capability, they require monthly calibration with a traditional monitor. Last year, Alphabet Inc.-owned Fitbit launched a public study to test wrist-based blood-pressure measurement."

Apple's engineering teams have been working a series of inventions regarding blood pressure devices/accessories to work with iDevices that you could review here: 01, 02, 03 and 04. Two of the styles/concepts of blood pressure cuffs from Apple patents are presented below. 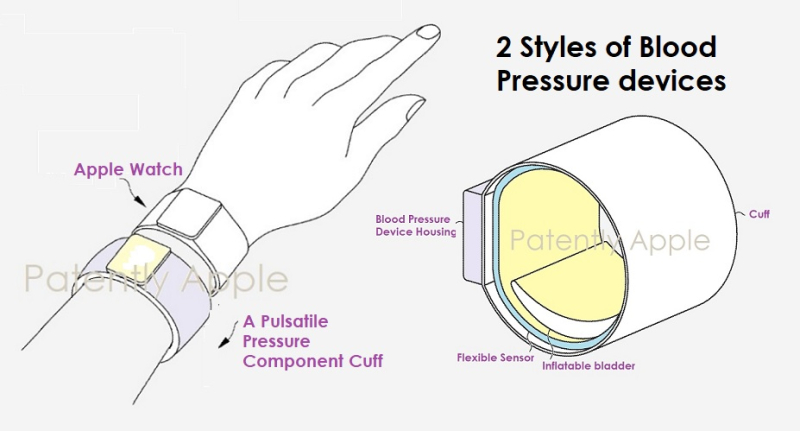 According to Gurman, "Apple is running trials of its blood-pressure technology on employees. Its planned approach won’t tell users their specific systolic and diastolic readings -- the numbers used to assess blood pressure -- but would warn those wearing the watch that they may have hypertension, which is high-blood pressure, and should consult a doctor or use a standard blood pressure checker.

The company also has teams working to add noninvasive blood sugar monitoring to the watch, a move that could be a boon to diabetics. That feature is still several years away and hasn’t been assigned a target year of release yet. In the interim, the company has discussed adding improved support for third-party glucose meters to the watch and the iPhone’s Health app.

Apple Inc.’s plan to add a highly anticipated blood-pressure monitor to its smartwatch has hit some snags and the technology isn’t expected to be ready until 2024 at the earliest, according to people with knowledge of the matter."

Lastly, Apple is planning to add a body-temperature sensor to the watch as early as this year, according to Gurman. Updated information: Patently Apple covered a patent application from Apple on a new temperature sensor back in December 2021. For more, read the full Bloomberg report. 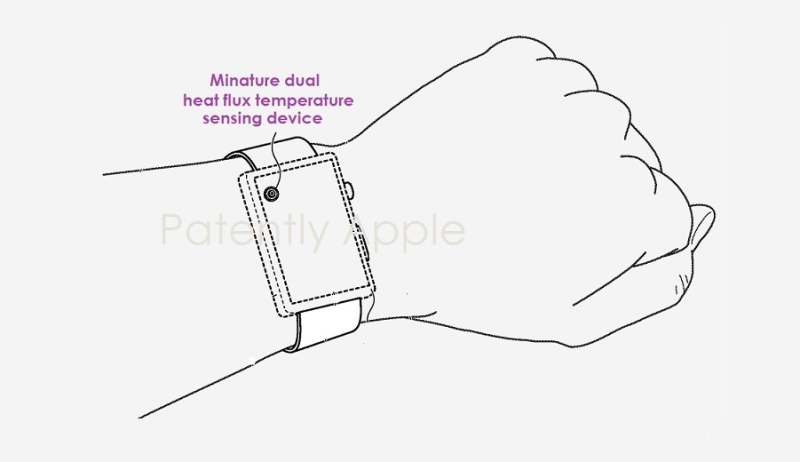