Apple Delivered a Market Share gain in iPhones in China in Q1 2022, bucking a general downward trend of 14% Year-over-Year 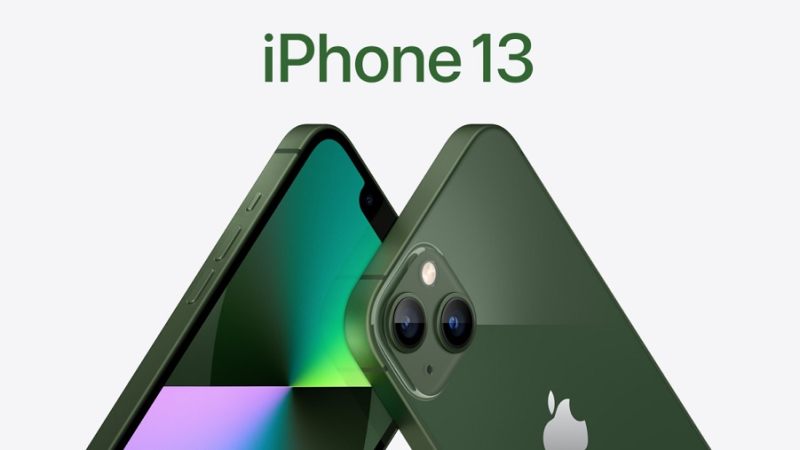 Earlier this morning we report that Apple bucked the PC downward trend in Q1 and a second report this morning shows that Apple did it once again with iPhones. According to a Counterpoint report, smartphone sales in China decreased 14% YoY in Q1 2022, reaching 74.2 million units. The quarter’s volumes were close to the levels seen during the severe pandemic-hit Q1 2020. Yet Apple bucked that trend with a gain of 3.2% market share from 14.7% in Q1 2021 to 17.9% in Q1 2022 as shown in the Counterpoint chart below. 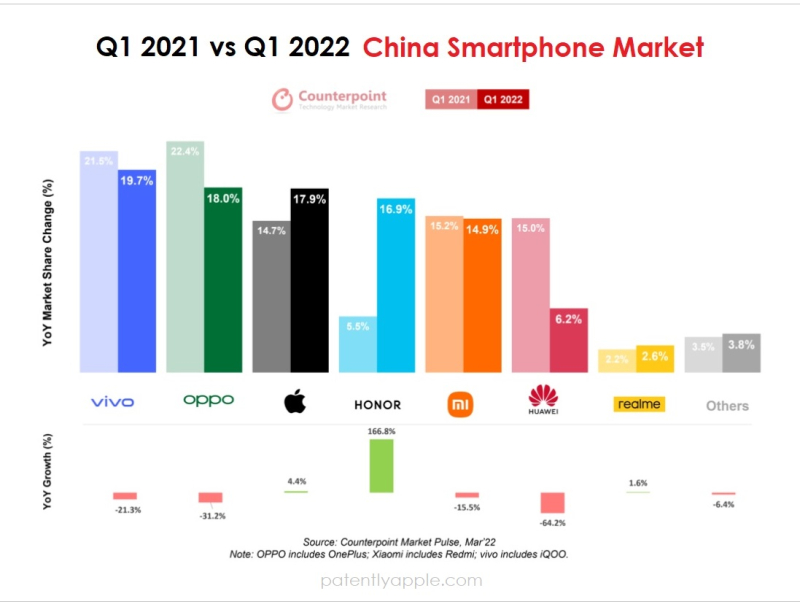 While it's natural for Apple's calendar year Q1 2022 to be lower than its Calendar Q4 2021 due to Apple's peak Holiday sales, they still grew year-over-year by 3.2% market share with China's vivo returning to the number one vendor with 19.7% in Q1.

Research Analyst Mengmeng Zhang: "China’s economy grew by only 4.8% YoY in Q1 2022, lower than the 5.5% annual growth target set by the government, as the country was weighed down by the pandemic and related lockdowns. Retail growth also dropped by 3.5% in March, falling for the first time since August 2020. Unemployment rates in big cities also reached record highs. These factors, combined with the downward demand trend already visible in China’s smartphone market before the fresh pandemic wave, impacted the sector significantly. The smartphone market showed a declining weekly trend throughout Q1 2022, with only a small peak during the Chinese New Year holidays. We expect smartphone demand to continue to be underwhelming due to weak consumer sentiment and lack of new innovations to stimulate consumers."

Bucking the downward trend in both PC and Smartphone markets should bode well for Apple when they report their financials this afternoon after the bell on Wall Street.