Back in January Bloomberg's Mark Gurman tweeted that he believed that a temperature sensor would likely be the next sensor coming to Apple Watch.

Today, the U.S. Patent Office granted Apple a patent titled "Packaging technologies for temperature sensing in health care products," which oddly points to AirPods and another wearable device described as one in which a temperature sensor package is secured within a fabric. For example, the fabric can be integrated into a piece of clothing such as shirt, headband, glove, strap, etc. That's likely to translate to a sensor package secured within an Apple Watch Band. 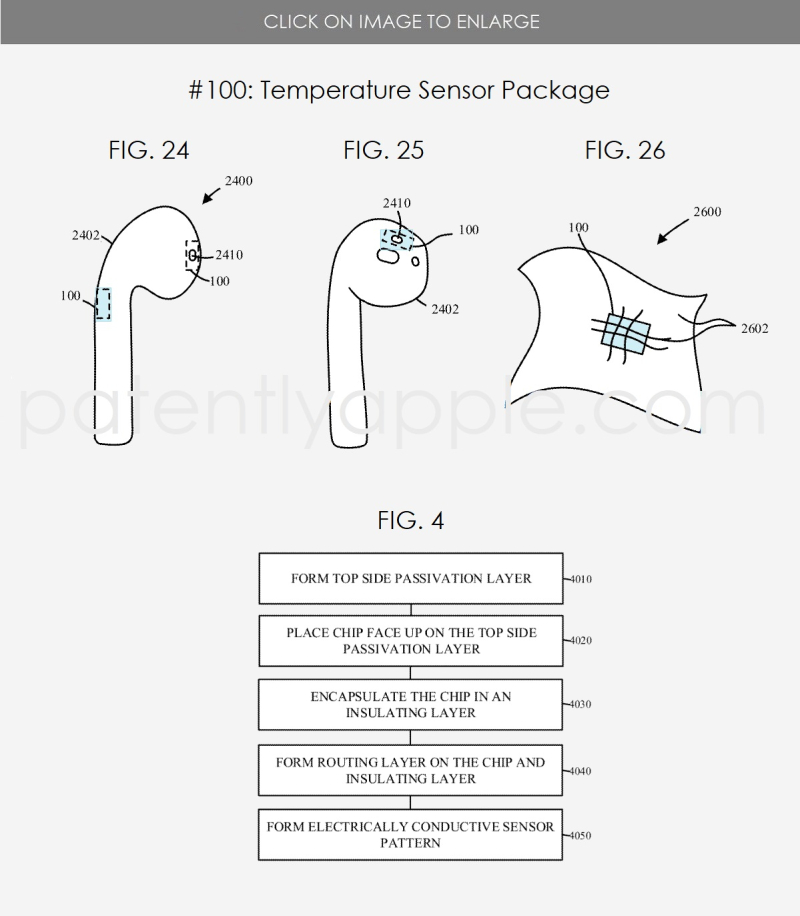 Apple states that wearable health devices are increasingly integrating a broad variety of sensors to better monitor heath status of users. With the development of packaging technologies such as system in package, embedded die, semiconductor very-large-scale integration (VLSI) technologies and so on it has become possible to develop miniaturized systems and devices. Skin temperature is one of the vital signs for patient's health.

In another aspect, an infrared (IR) temperature sensor package is described. Such a packaging solution may allow for space savings due to an embedded thermal sensor (e.g. transducer) and provide short and flexible routing. In an embodiment, a temperature sensor package includes a routing layer (e.g. circuit board) including a top side and a bottom side. A cavity is formed in the bottom side of the routing layer, and a transducer is mounted is within the cavity. A chip is mounted on a top side of the routing layer and in electrical connection with the transducer.