A Possible Google Watch Prototype was left behind in a U.S. Restaurant & Photos have been Published of this Bulbous Design 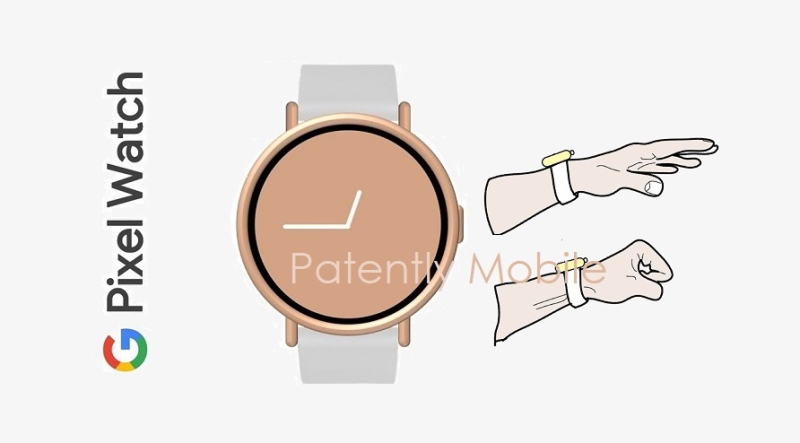 In December 2021 Patently Apple posted a report titled "Rumors about Google's entry into the Smartwatch market continue with the latest claiming it will launch in 2022." Earlier in 2021 we reported on a Google Watch patent that revealed that their future watch may one day use wrist-gestures that would work in concert with a future Chromebook.

Yesterday Android Central posted a report with exclusive leaked images of the Google Watch that have been rumored for some time. In 2010, a prototype iPhone 4 was left in a bar and made a big splash with Apple hunting down those responsible for making the images of that iPhone public. In the same way, a Google engineer reportedly left a Google Watch in a U.S. restaurant.

The Android Central report features a series of photos of the alleged Google Watch prototype. Below are just a sampling of the bulbous looking design with a round interface as had been rumored. 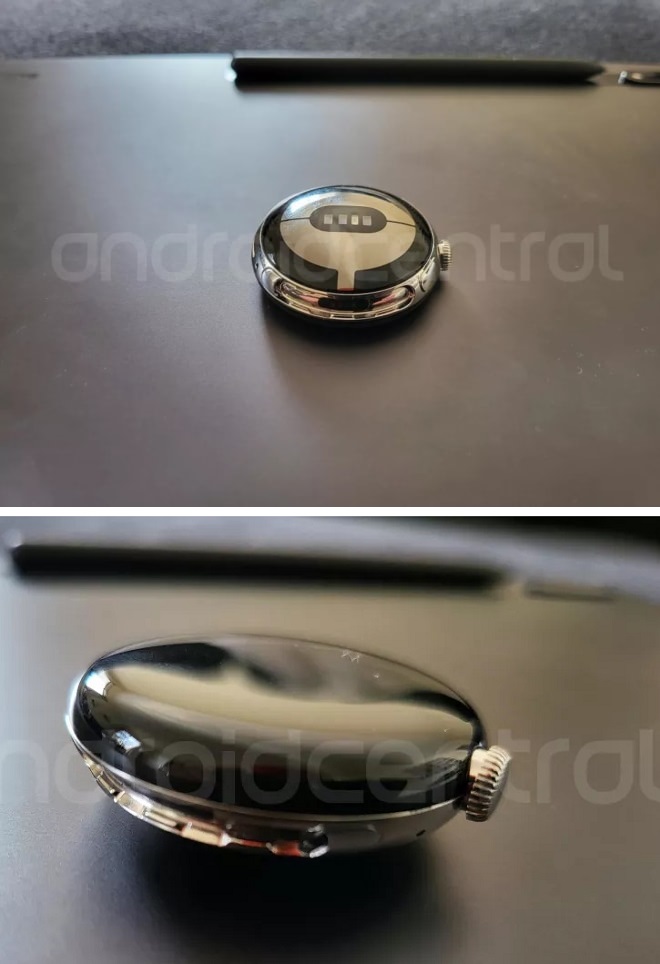 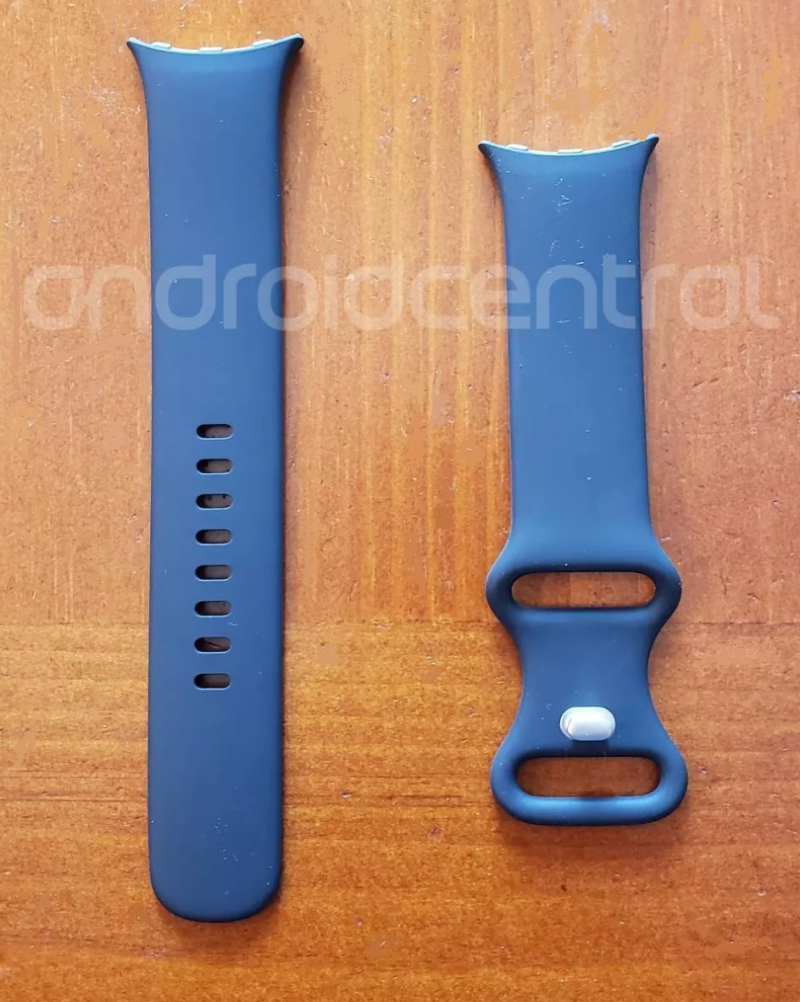 The Android Central source indicated that the bottom of the watch "looks metallic but feels like it’s coated with glass." Oddly, the source added "that nothing happened past the boot logo of a "G" was presented when they tried to power it up." For more on this, read the full Android Central report from Shruti Shekar.

Although it's a little strange that a non-functional Google Watch would be left behind in a restaurant, that's the story and they're sticking with it. Google fans were hoping for a slimmer design, so only time will tell if the photos represent the latest Google Watch prototype.