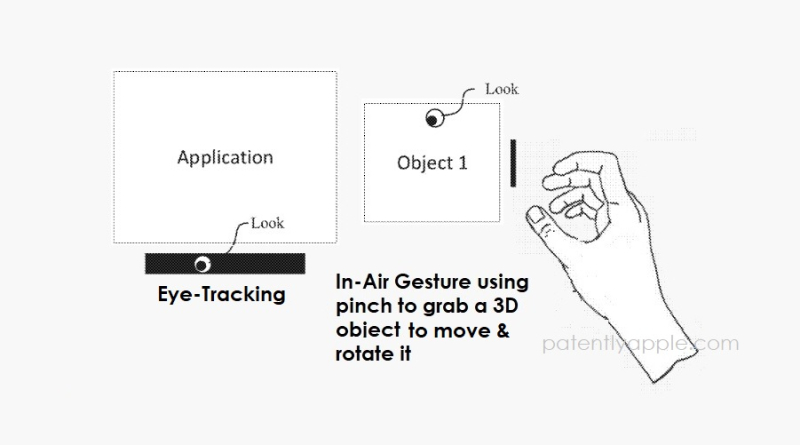 Today the US Patent & Trademark Office published a patent application from Apple that relates to systems, methods, and GUIs that are designed to provide improved ways for an electronic device to interact with and manipulate objects in a three-dimensional environment, especially in context  with a future Mixed Reality Headset.

In some embodiments, the MR headset selects a user interface element and performs an associated action in response to a user input that includes one or more of detecting gaze of the user and detecting the user performing a predetermined in-air gesture with their hand. Enhancing interactions with selectable user interface elements in this way provides efficient and intuitive ways of making selections and performing actions with an electronic device.

In some embodiments, in response to detecting a first input directed towards the user interface element, the electronic device initiates a process for moving the associated virtual object in the virtual environment.

Apple's patent FIG. 5 below is a block diagram illustrating an eye tracking unit of a computer system that is configured to capture gaze inputs of the user; FIG.7A illustrates the electronic device detecting the user's gaze and via animation shows what the gaze has chosen to activate, move or delete on a user interface. 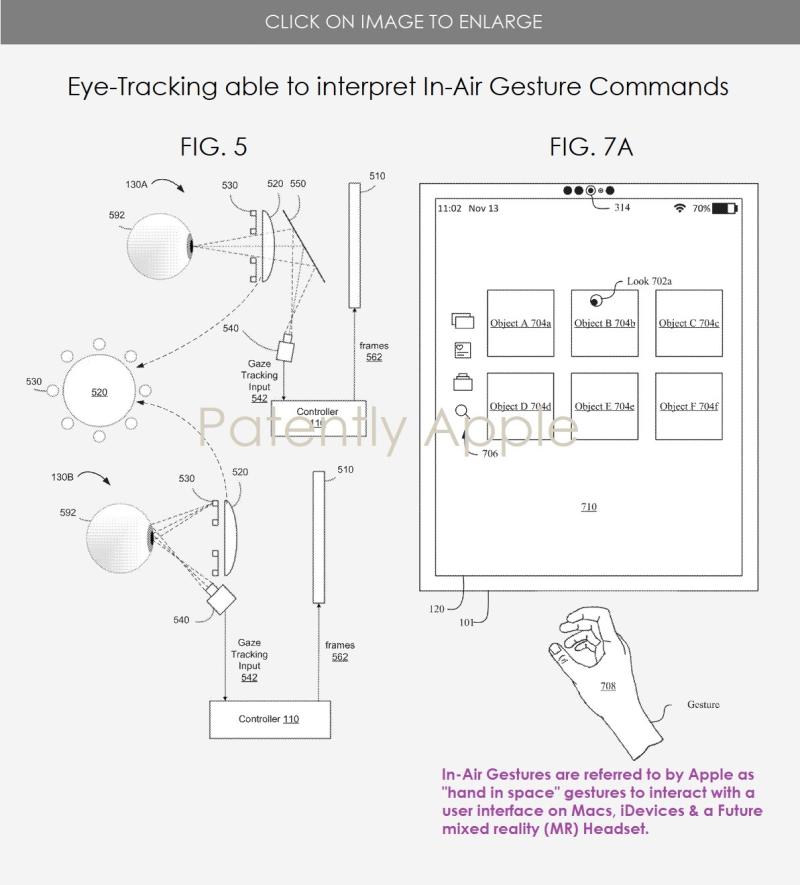 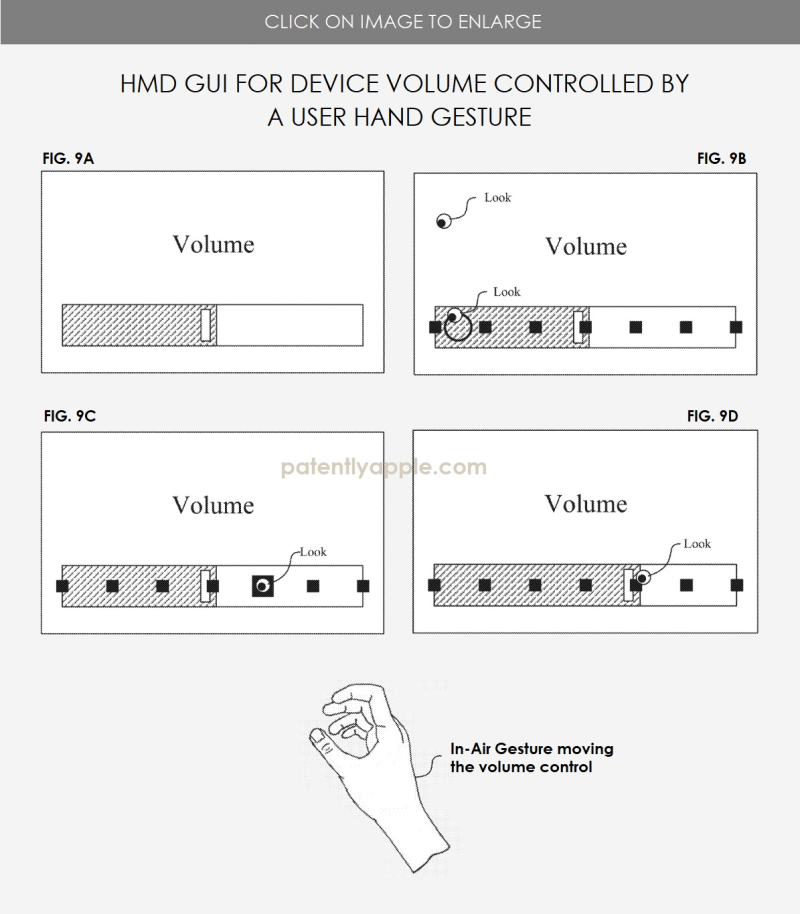 In Apple's patent FIG. 11A below we see that a user wearing an HMD will be able to grab objects presented on a GUI and move them by using various in-air gestures such as pinch and others. 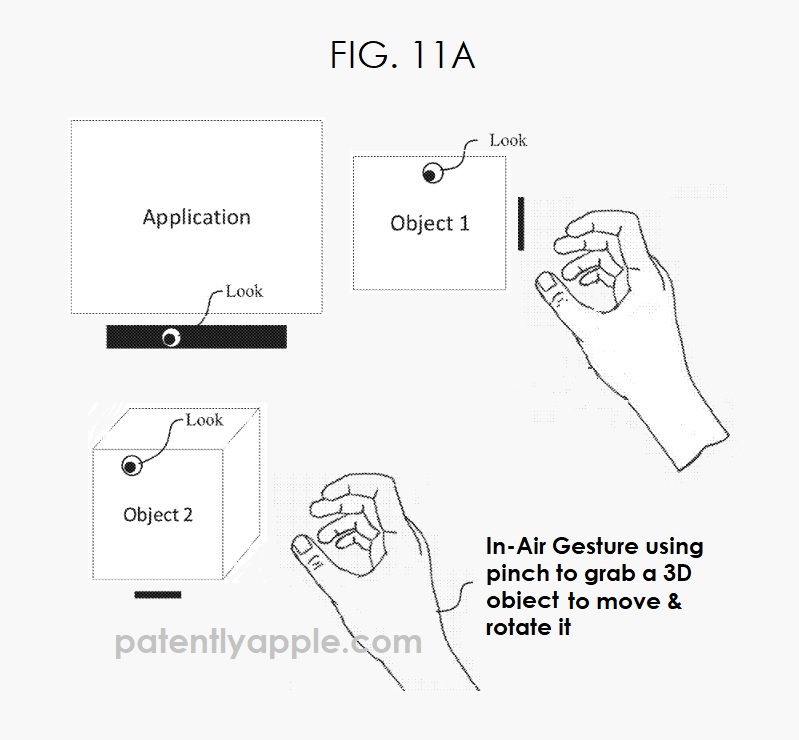 While Apple's patent definitely illustrates some of their in-air gesturing examples applying to use with an iPad or iPhone, in-air gesturing is more applicable to a Mixed Reality Headset device where a user doesn't have access to a mouse or Magic Trackpad to manipulate objects on screen.