Home Archives Contact Us Subscribe Twitter Facebook Patently Mobile
Apple TV+ Releases the Trailer for 'Roar,' an 8-part series that will be released in its entirety on April 15
Apple Closes a Russian Mir Card Loophole for Apple Pay while Apple's new Proposal to the Netherlands Watchdog has been Rejected+ 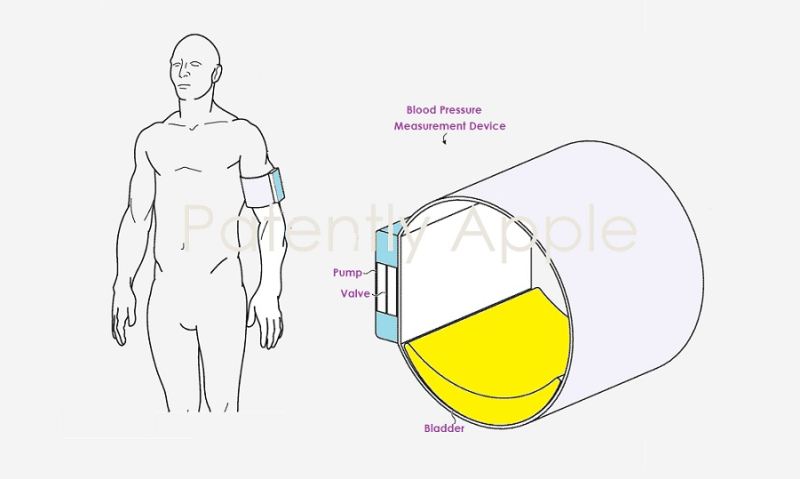 Yesterday two new Apple patents were published by the U.S. Patent Office regarding health-related devices. The first invention covers a pressure relief valve for a possible future blood pressure cuff while the second invention covers a Beddit related invention for measuring a user's temperature while sleeping.

The increase in health device patents comes at a time when Apple announced last year that Alex Gorsky, chairman and CEO of Johnson & Johnson had been elected to Apple’s board of directors. Apple's Chairman Arthur Levinson stated at the time that as a thoughtful and passionate leader, Alex has helped bring cutting-edge technologies to some of healthcare’s most urgent and complex challenges. His voice and vision will help Apple continue to make a positive impact on people’s lives through the power of technology."

The valve could also be configured to operate in a second state that allows air to leave the bladder. The blood pressure measurement device can also include a vent positioned between the bladder and an external environment and configured to continuously release air from the bladder.

Most new device inventions are covered in patents that are revealed in phases over time so as to focus on distinct aspects of the device's design that Apple wants to cover and protect. Although some of the basic design was covered  back in January, Apple's latest patent covers a new aspect related to the "Pressure Relief Valve." 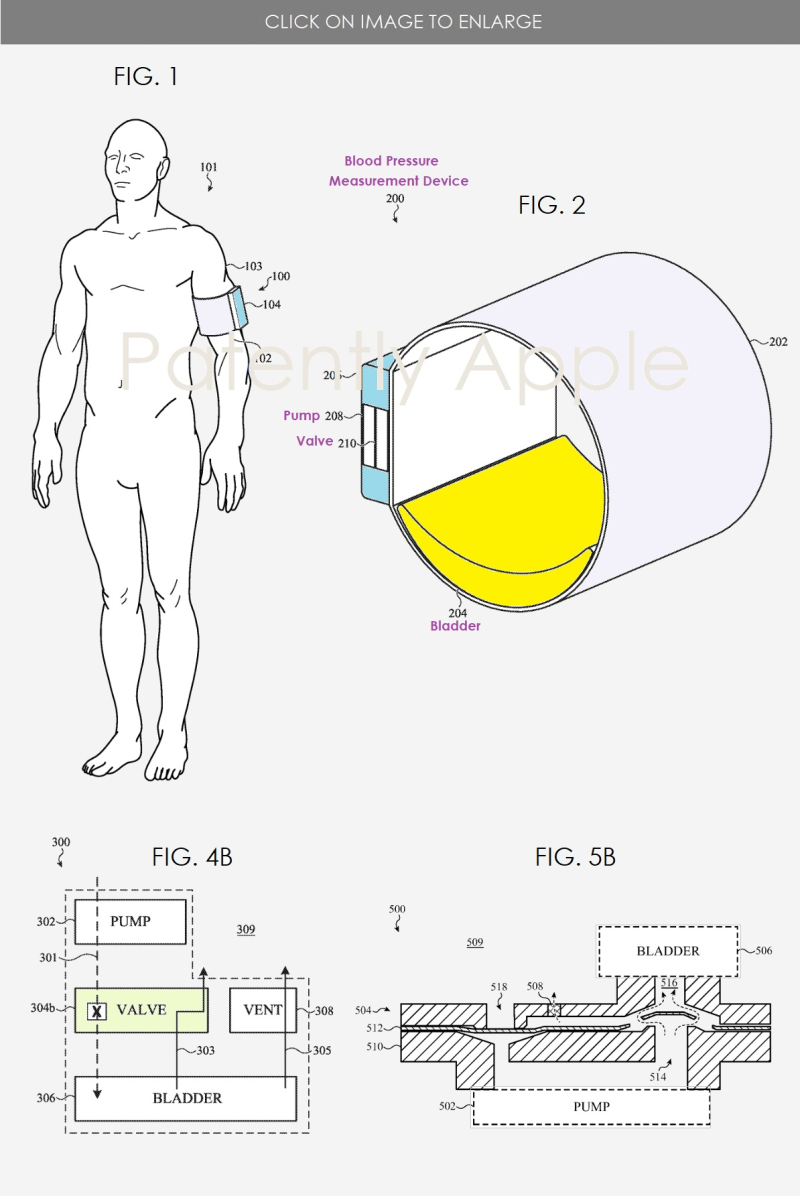 Yesterday the US Patent & Trademark Office published a patent application from Apple relating to next-gen health solutions for Beddit, a company Apple acquired in 2017. At present, it appears that the company is still selling their single product, a sleep monitoring system that comes with an app for iPhone or Apple Watch. It's unknown what Apple plans for Beddit in the future, though we covered two patents in 2021 covering "Actuation Cells" and a "Flexible Capacity Sensing Mat" that advances their sleep monitoring technology.

Apple's latest sleep monitoring patent application covers a temperature sensing device that tracks the temperature of a user over an extended period of time.

Integrating the temperature sensing device with objects that a person routinely interacts with can also facilitate measuring and tracking temperatures for the person on a regular basis.

For example, interfacing the temperature sensing device with a bed can allow temperatures for the user to be measured and recorded each night. This regularly tracked temperature data can be used to identify or determine temperature trends such as an increase in temperature due to ovulation. 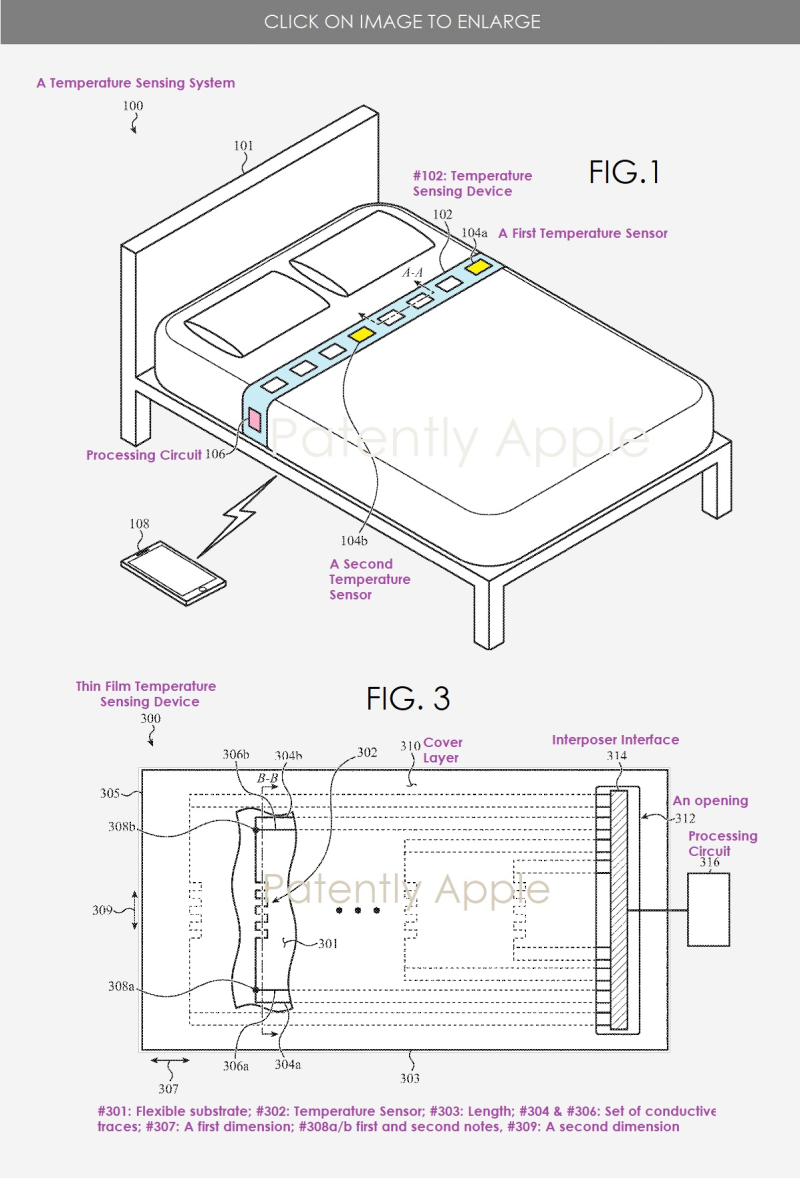 For those interested in diving deeper into the details of this new system, review Apple's patent application 20220087534. When any of Apple's latest advances to Beddit will finally come to market is unknown at this time.