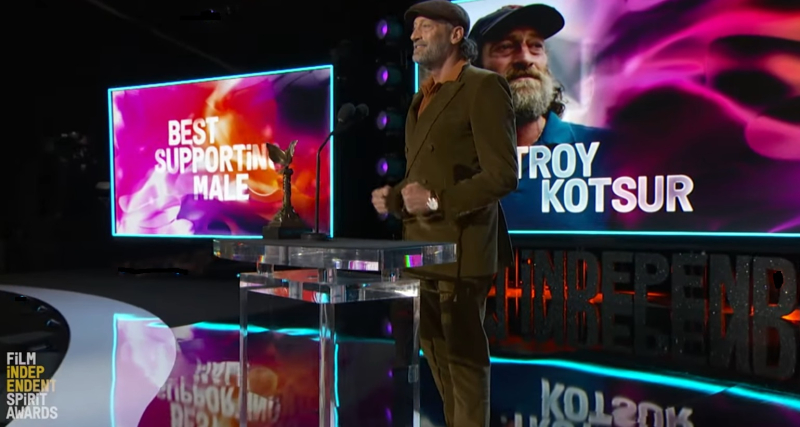 "I can feel the spirits of the arts," said Kotsur during his awards speech presented below. Interesting to note that CODA's co-star Marlee Matlin was the first deaf actor to be nominated and win an Oscar for Children of a Lesser God.

The Independent Spirit Awards (abbreviated Spirit Awards was founded in 1984) are awards dedicated to independent filmmakers. The awards show is held inside a tent in a parking lot at the beach in Santa Monica, California. Winners are typically presented with a metal trophy depicting a bird with its wings spread sitting atop of a pole.

To read more about the other winners of the day, read the full report by The Hollywood Reporter.