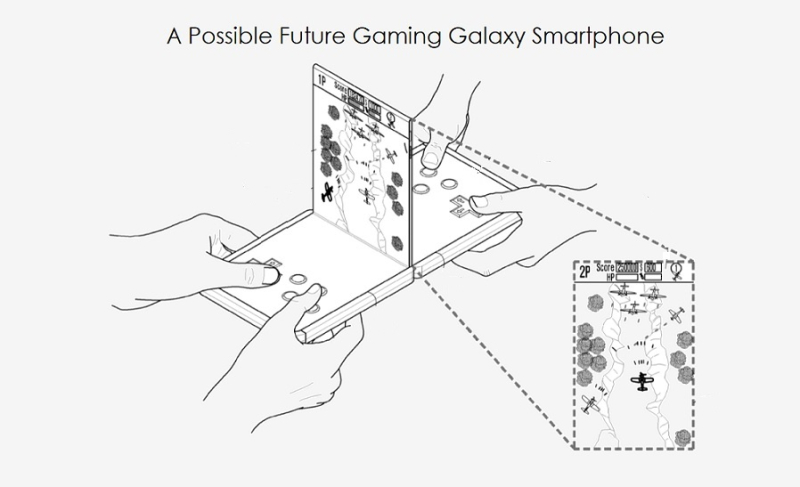 While Samsung is preparing to release their next-gen Galaxy Z Fold smartphone in August that may include a new built-in S Pen slot, the company is continuing to explore new form factors in the hopes of further differentiating their smartphone lineup from their main competitor, Apple Inc.

Last week a series of new patent applications were published in Europe that covered scroll-out display form factors and a new kind of design that could be aimed at the gaming market and beyond.

In Samsung's patent application WO/2022/050779, they present patent FIG. 13, as shown below, which illustrates one of the key operations that could be performed by this new form factor. The design supports a gaming device with game controls under the flip up displays. 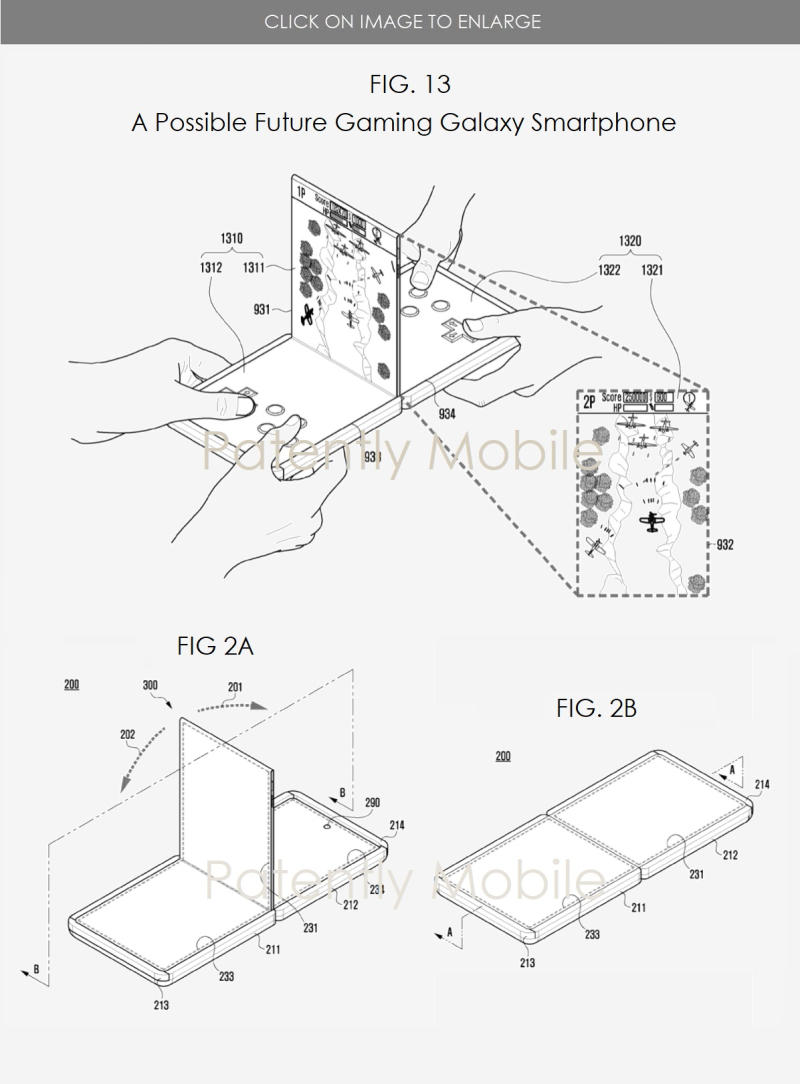 According to various embodiments, the page display can be stopped at a predetermined angle.  In such a state, different information can be displayed to a user facing both sides with the electronic device interposed therebetween. This operation scenario is called a two-layer mode.

In Samsung's patent figures below we're able to see how this new form factor could also allow the display to be slide out on the left and right sides of the phone to create an extra wide display to take panorama camera shots or watch a movie or play a game with a hand controller. 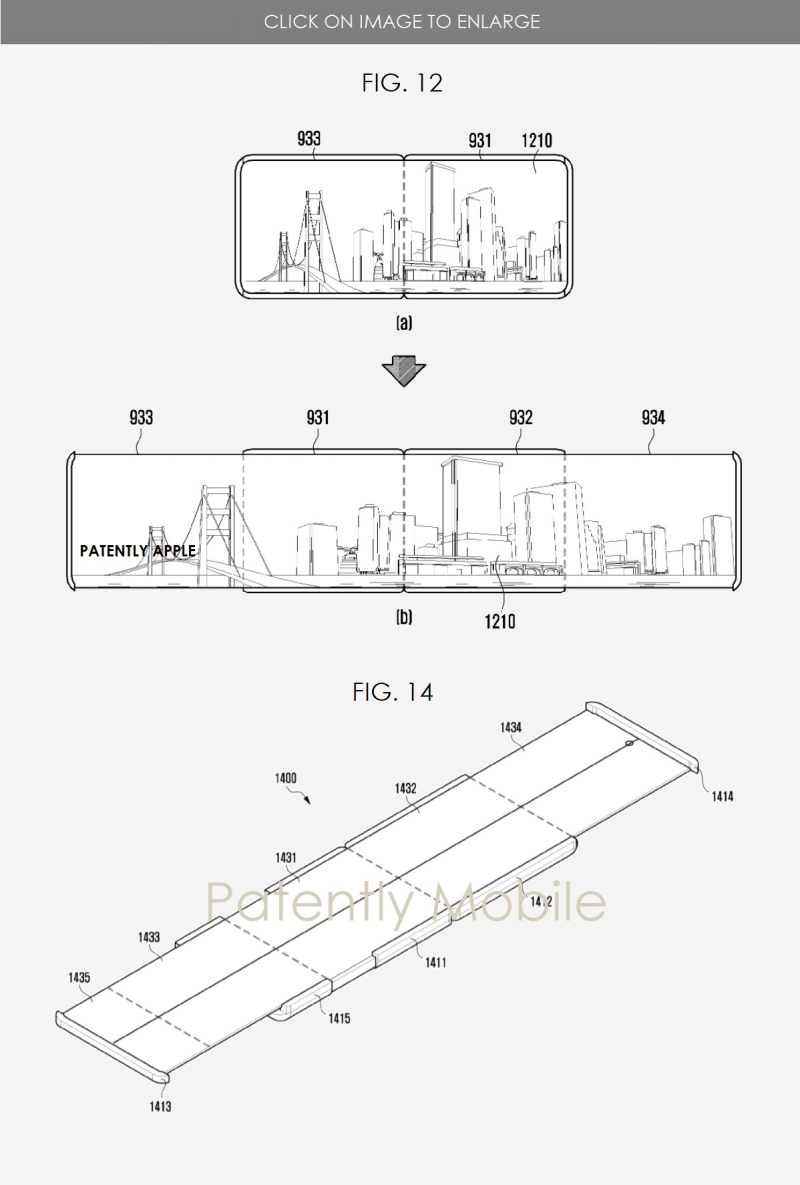 In a second Samsung patent filing in Europe under number WO/2022/050544, we're able to see that a slide-out secondary display in patent FIG. 5 could be folded to the backside of the smartphone to provide a backside display that could be used when taking selfies with the superior backside camera as seen in FIGS. 28A-C. 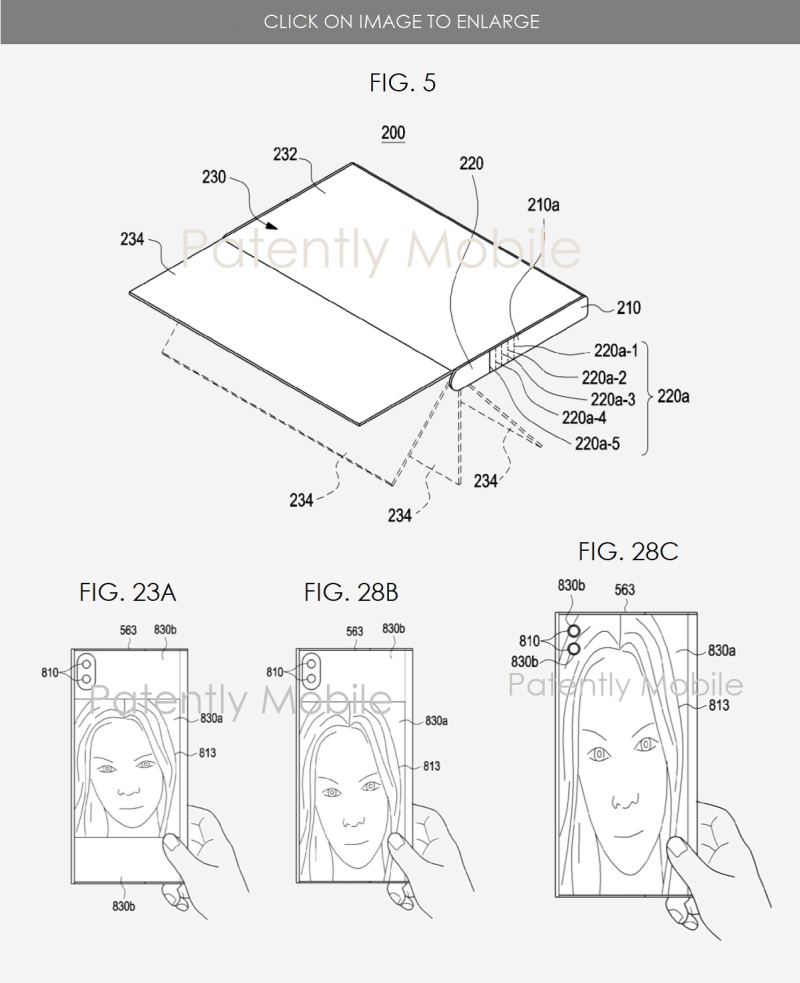