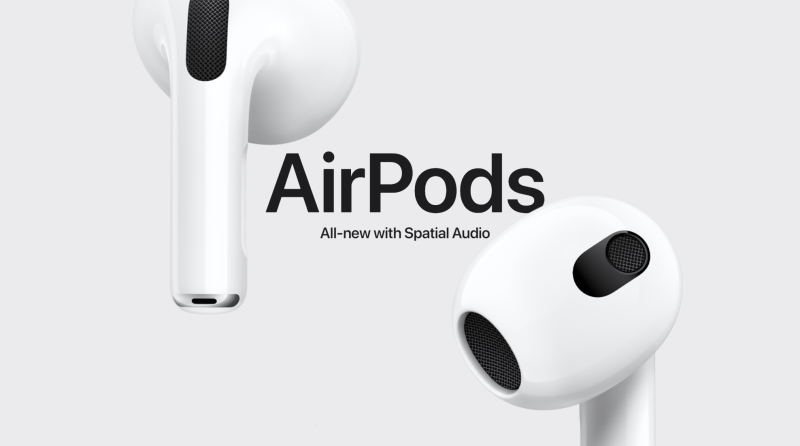 A new analytical report published this morning estimates that true wireless stereo (TWS) shipments grew 21% to reach 103.8 million in Q4 2021, passing the 100 million mark for the first time. Overall, smart personal audio shipments grew 7.7% to 151.4 million in Q4 2021. More importantly, Apple drove the return of double-digit growth on the back of its third-generation AirPods launch. Apple crushed second place Samsung with more than 5X the shipments. 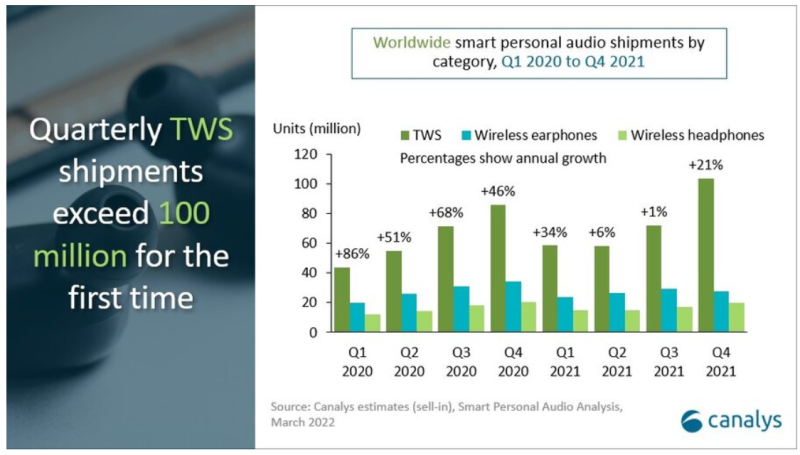 Canalys Research Analyst Sherry Jin: "Apple prioritized serving the needs of those looking for comfort and ease of use with its third-generation AirPods, aiming to improve on the winning formula of its original AirPods design. It is being challenged to deliver on the spatial audio experience with improvements discernable to the average listener and better ecosystem integration to stay ahead." 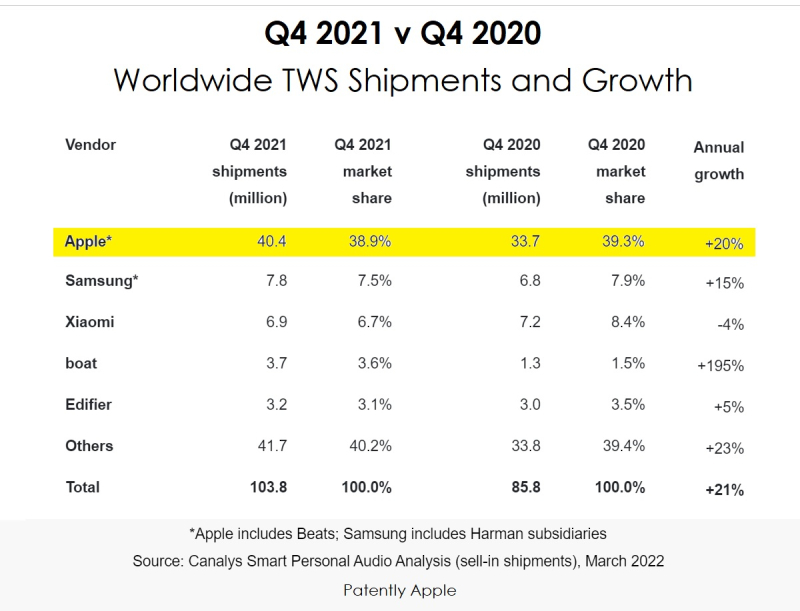 Despite leading the market, the delay of the third-generation AirPods launch to Q4 2021 hurt Apple in their annual tally. While Apple's shipments were still more than double second place Samsung, Apple's year-over-year tally for 2021 showed a minor 5% decline.  For more on this read the full report by Canalys. 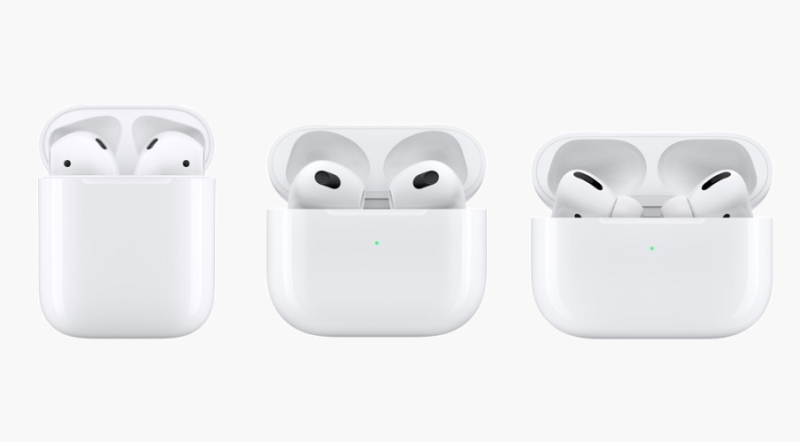