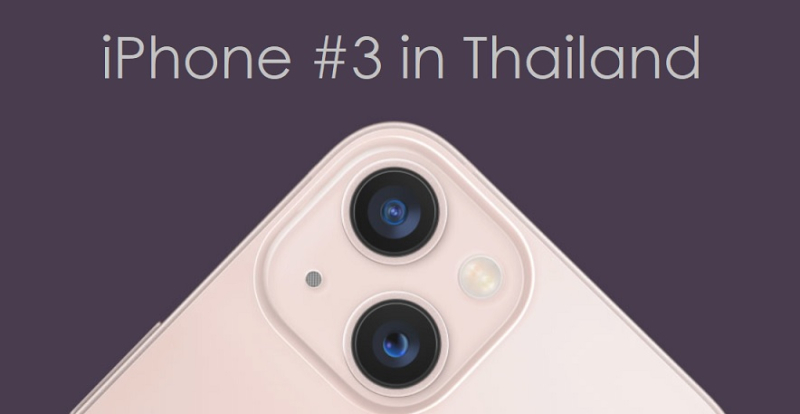 According to a new report from the International Data Corporation (IDC), Thailand’s smartphone shipments reached 20.9 million units in 2021, growing 20.9% to turn in the strongest growth among countries in the Southeast Asia region.

In 4Q21, the market grew 16.6% year-over-year (YoY) to 5.5 million units as a result of seasonal promotions and a resurgence of sales in retail as lockdowns were lifted at the beginning of the quarter. Operators also regained share with a high quarter-over-quarter (QoQ) growth, accounting for almost a third of the smartphone market as the newly launched iPhone 13-series gained popularity.

5G-enabled smartphones contributed more than one-third of the total market in 4Q21 thanks to Apple’s iPhones and affordable Android phones such as the Samsung Galaxy A52s, vivo Y76, and Redmi Note 10.

Apple had a YoY and QoQ growth with the launch of the new iPhone 13 series, despite some temporary supply hiccups and prices that were higher than some of the 12 Pro and 12 Pro Max models. 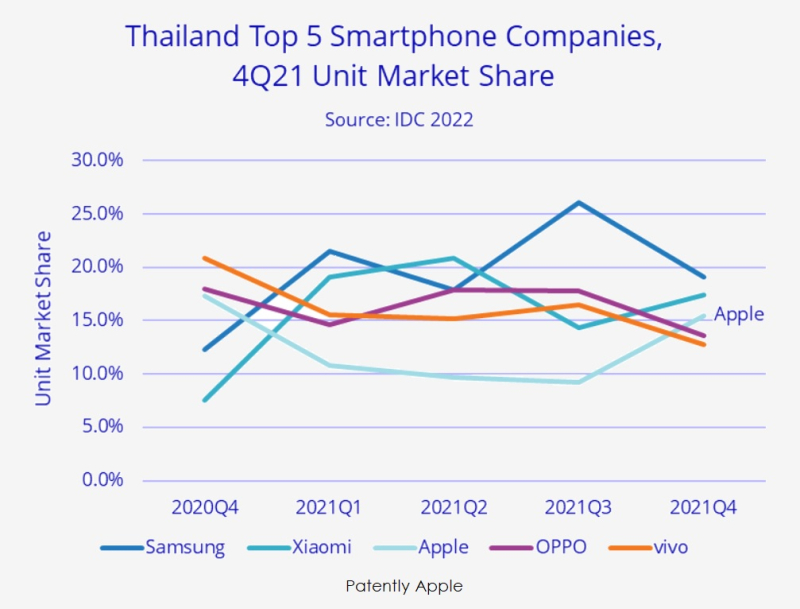 Thailand's 5G smartphone shipments were the highest in the Southeast Asia region in both 4Q21 and 2021 overall, and the third highest in the Asia/Pacific (excluding China and Japan) region after India and South Korea. For summaries of other smartphone OEMs, read the full IDC report.