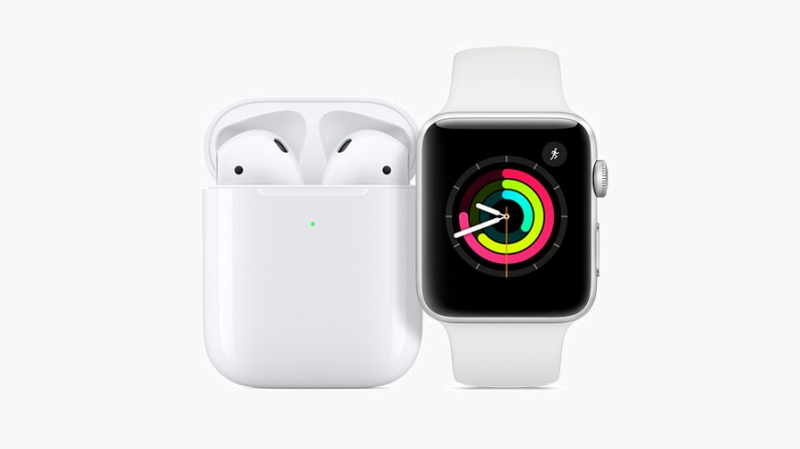 New products and continued demand for health and fitness tracking products along with hearables helped the market maintain its momentum. Shipments for the full year 2021 totaled 533.6 million units, an increase of 20.0% over 2020. Hearables were once again the leading category as shipment volume grew 9.6% during the quarter and accounted for almost two-thirds of the entire wearables market.

Apple retained the number 1 position as it captured 34.9% share during the quarter. Broad availability of the Series 7 watches after being delayed from Q3 to Q4 of 2021 and the launch of the AirPods 3 helped drive Apple's growth during the quarter. 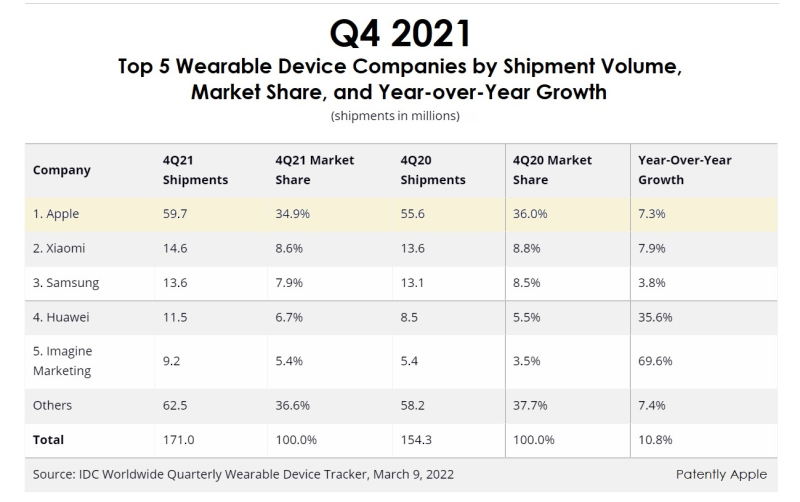 Jitesh Ubrani, research manager for IDC Mobility and Consumer Device Trackers: "While supply has been a constant battle for many companies during 2021, many of the issues began to subside during the quarter and allowed brands to ship record volumes while broadening their product lines. However, the supply crunch also forced many companies to think about services and this is likely going to play a key role in the wearables market moving forward as OEMs can experiment with their business models by subsidizing the hardware purchase though on-going services revenue."

For the full year, Apple remained the leader with 30.3% Market share, up 6.8% Year-over-Year. Apple was close to 3X Xiaomi's shipments for Calendar Year 2021. For more about Apple's competitors, read the full IDC report.