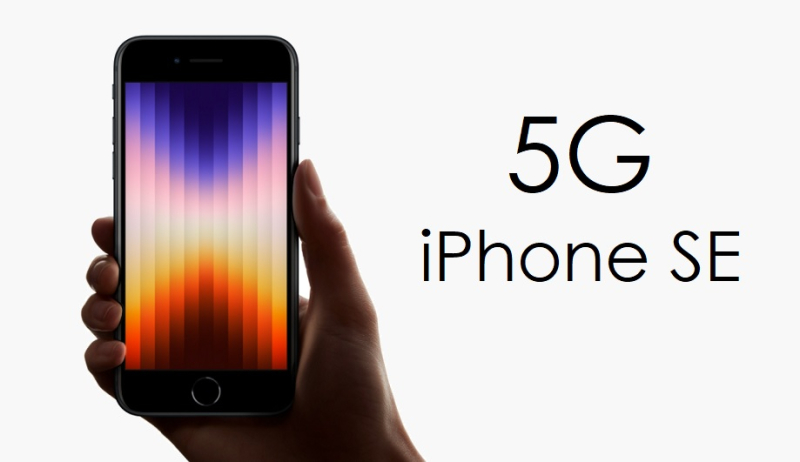 Yesterday at Apple's online Peek Performance event they introduced their new iPhone SE smartphone. Not only did Mark Gurman's dream of a $199 version of the iPhone SE never materialize, Apple actually raised the price of the new model – but for good reason. In order to cast a wider market-net designed to attract even more users to their entry iPhone model, Apple included their powerful industry leading A15 Bionic chip, upgraded its camera and added support for 5G. This could end up being a killer mid-end market smartphone.

According to a new report by Counterpoint Research, the 4G iPhone SE 2020 accounted for 12% of Apple’s total iPhone unit sales from its launch in Q2 2020 to Q4 2021 – with Japan and US the biggest markets for the device globally, as shown in their chart below. 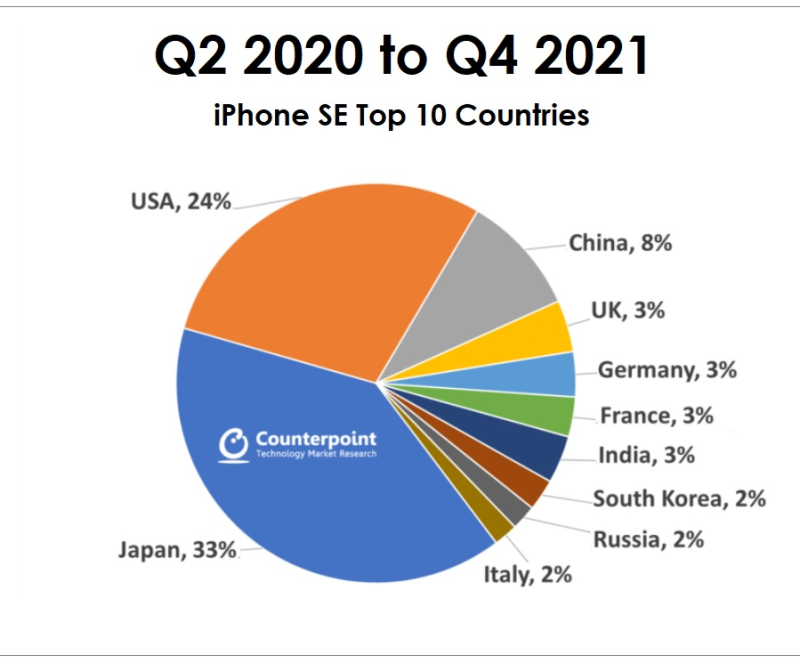 Jeff Fieldhack, research director of Counterpoint’s US practice: "The iPhone SE has been a solid mid-segment performer for Apple, with the 2020 version accounting for 13% of overall sales during its launch year in 2020. It’s continued to have fantastic longevity with the device appealing to both new iOS users looking to upgrade from budget Android or iPhone owners replacing iPhone 8 (or older) devices, which this new SE body is based around."

Jeff Fieldhack added: "The A15 Bionic supports all current services and others to come for the foreseeable future, so they can run this device for years with only slight tweaks or upgrades. And the higher starting price doesn’t just mitigate short term risk, it gives them extra padding to drop prices tactically in tandem with new 5G launches and as the product ages."

Sujeong Lim, senior analyst, Smartphones, highlights the importance of key regional markets to the success of the new 5G enabled device, noting, "Developed markets like Japan will be critical to the success of the new iPhone SE, where one-third of all 2020 SE models have been sold – and, of course, stalwarts like the US and China which accounted for another third of unit sales will be big drivers. Except this time, we expect demand to open up more across other markets like Europe, SE Asia and Korea – regions where many consumers stayed away because of the lack of 5G support."

Case in point: A new report from India's BusinessToday this morning predicts that the iPhone SE will go from 14% in 2021 to 25% in 2022 because of its new 5G feature.

Counterpoint's Senior analyst Ivan Lam: "The pricing is a slight surprise to the upside, but it shouldn’t be considering the chip upgrades coupled with recent events only intensify short-term supply chain risks. I think they had room to move, especially with supply issues hitting lower-end components like 4G chipsets much harder than 5G, but this is a solid device with a long runway."