Home Archives Contact Us Subscribe Twitter MeWe Facebook Patently Mobile
Apple has Won a Patent for Wearable Force Sensing VR Accessories in the form of Finger-Mounts, Gloves, Bands and Footwear
Even in Tough Market Conditions, Apple had a banner year in Vietnam in 2021 Growing 66% 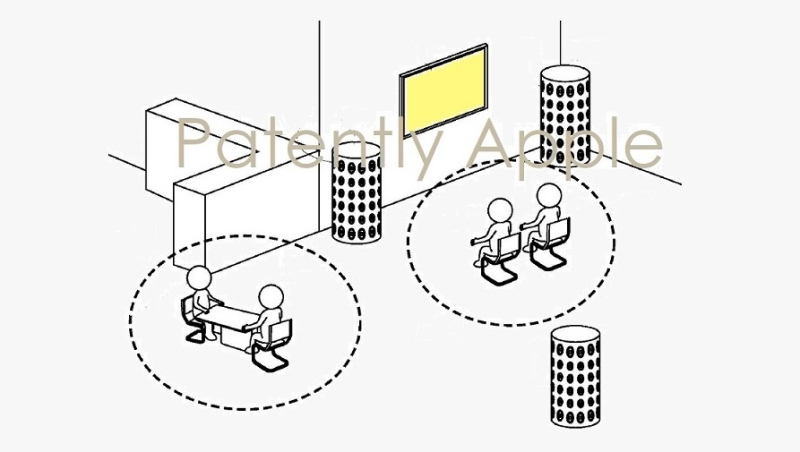 The U.S. Patent and Trademark Office officially published a series of 53 newly granted patents for Apple Inc. today. In this particular report we cover three patents. The first covers configurable audio zone; the second covers coordinated tracking for binaural audio rendering; and the third covers a high-end dynamic focus 3D VR headset Display. And as always, we wrap up this week's granted patent report with our traditional listing of the remaining granted patents that were issued to Apple today.

Today the U.S. Patent and Trademark Office officially granted Apple titled "Audio system with configurable zones." Apple's granted patent relates to a smart audio system that is far more elaborate than Apple's HomePod that is configurable to output audio beams representing channels for one or more pieces of sound program content into separate zones based on the positioning of users, audio sources, and/or speaker arrays.

This latest granted patent for an advanced audio system is designed to work with a television and Apple TV that is capable of live streaming content like Apple Music, events and other content. Now with Apple TV+ in place, this invention looks very promising, especially in context with a future home theater system package. 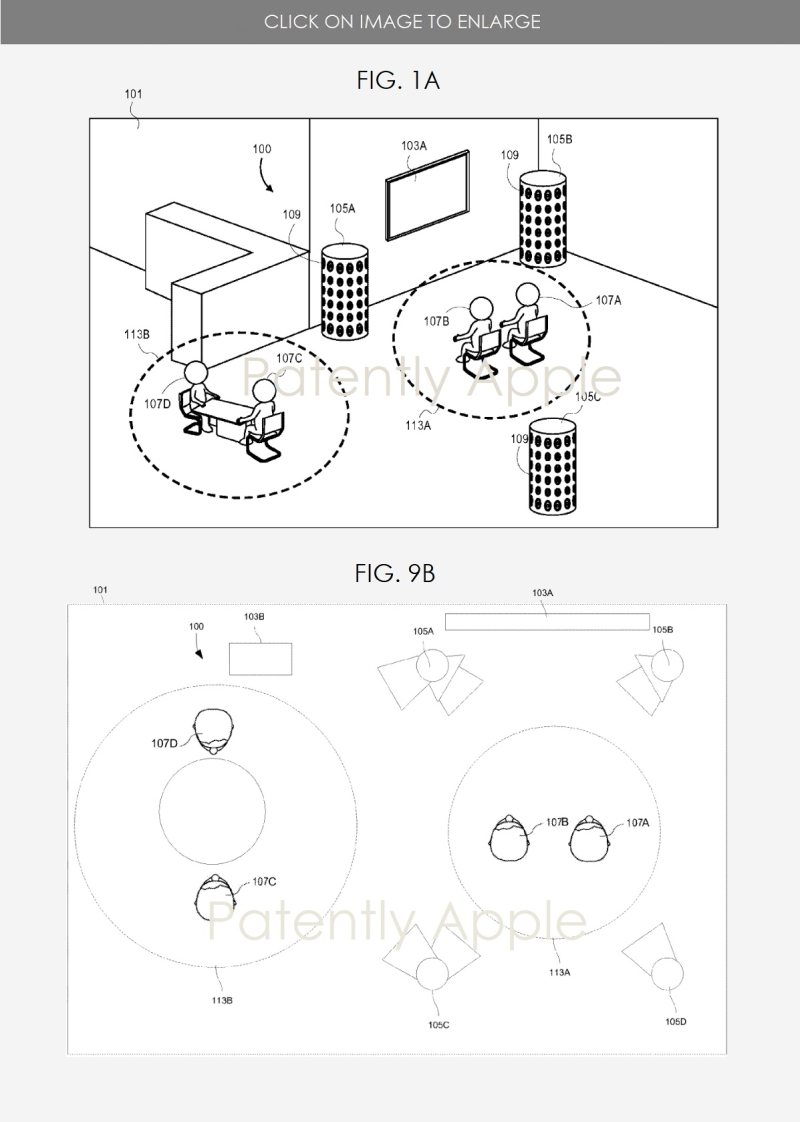 Apple's patent FIG. 9B above shows an overhead view of the listening area with beams produced for two zones. In this example, the speaker arrays #105A-105D produce six beams' patterns to represent the five-channel piece of sound program content described above in the zone 113A while the speaker arrays 105A and 105C may produce an additional two beam patterns to represent a second piece of sound program content with two channels in the zone 113B.

This is Apple's second patent for this invention. Apple's second granted patent 11,265,653 has added 20 new patent claims that you could review in full here. 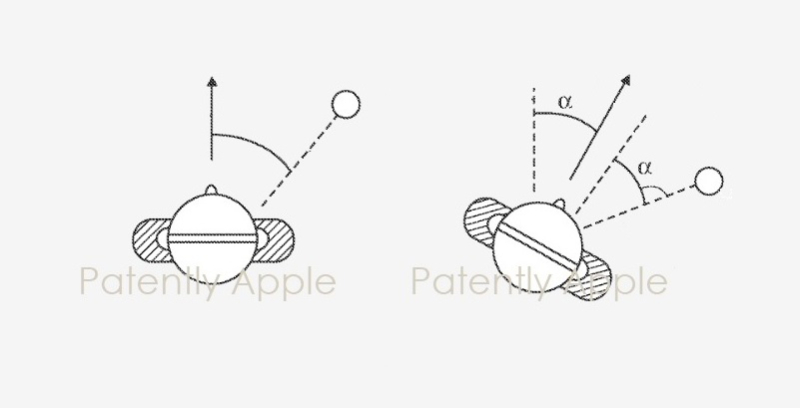 Apple's over-the-ear headphone patent covers a new added dimension to binaural headphones that achieves realistic virtual sound sources that will be effective when a user is jogging along a winding road or moving in a vehicle or flying in a plane. The new head-tracking system understands real-time motion and ensures that the audio automatically re-centers to keep the audio perfectly centered at all times for the user.

Apple notes that existing binaural headphones having head-tracking can achieve realistic virtual sound sources when the reference frame is not moving, like a room. That is, current binaural headphones assume that the virtual sound source is spatially anchored to a stationary reference frame, like a room, and thus movements of the head-tracker are attributed to the listener's head turning.

In Apple's future over-the-ear headphones, head-tracking systems may incorporate orientation sensors to allow an audio engine to predict an orientation of the binaural headphones relative to the reference frame, and thus, to simulate the virtual sound source in an appropriate direction as a listener's head turns. 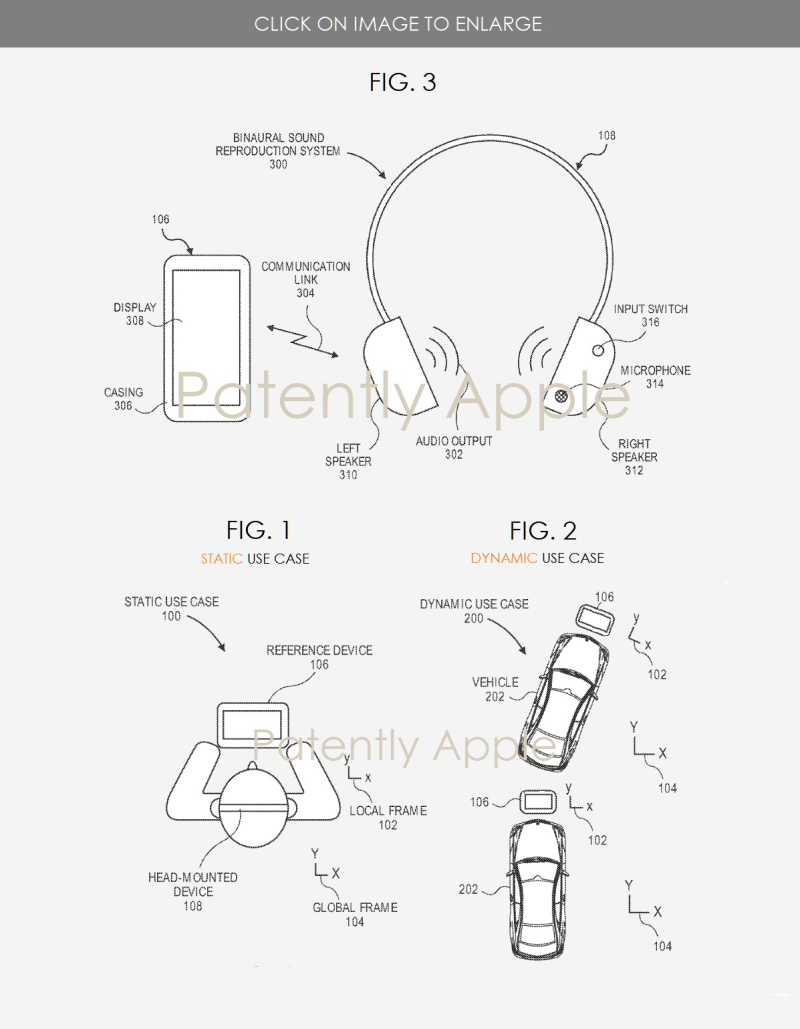 More specifically Apple notes that in FIG. 2, there's a pictorial view of a user consuming audio or video content in a dynamic use case within a moving vehicle.  With Apple's invention, the audio in the user's headset will automatically re-center as a vehicle turns so that it's always centered for the user. For more details, review Apple's granted patent 11,265,670.

While Conventional VR systems project left and right images onto screens that are viewed by a subject, Apple's new way uses a direct retinal projector system that scans the images, pixel by pixel, directly onto the subject's retinas.

According to Apple, conventional virtual reality and augmented reality systems may suffer from accommodation-convergence mismatch problems that cause eyestrain, headaches, and/or nausea. Accommodation-convergence mismatch arises when a VR or AR system effectively confuses the brain of a user by generating scene content that does not match the depth expected by the brain based on the stereo convergence of the two eyes of the user.

Embodiments of dynamic focusing components and techniques for direct retinal projector systems are described that may, for example, resolve the convergence-accommodation conflict in AR and VR systems.

Apple's patent FIG. 9 below depicts an example of a system #900 that includes a frame #905 that may be configured to hold various elements of a VR/AR device, such as a glasses frame, a goggles frame, a helmet, or the like, configured to be worn on or over a subject head so as to position the curved mirrors #415A and #415B in front of the subject left and right eyes, respectively. 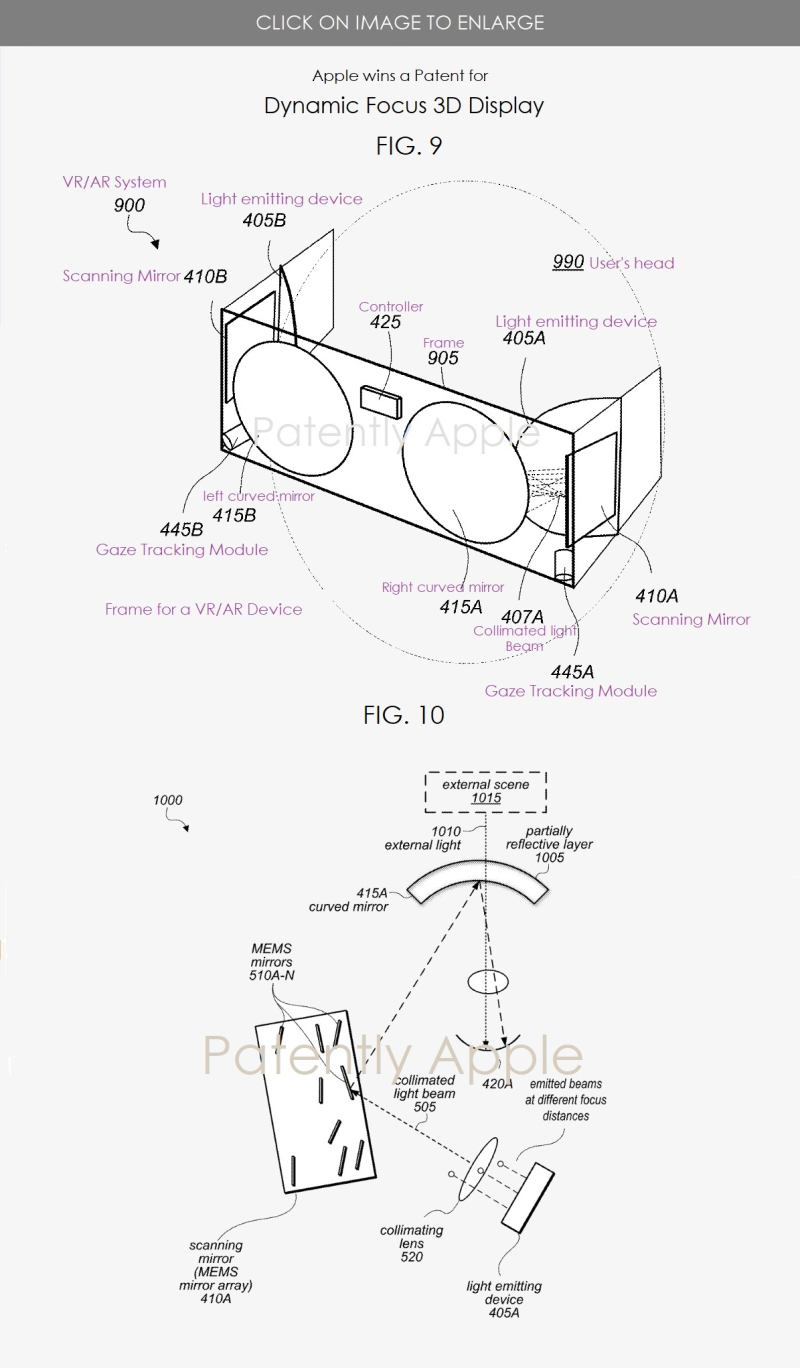 Apple's patent FIG. 10 above is a logical block diagram of a device that provides augmented reality (AR) to a subject. For more details, review Apple's granted patent 11,262,580. 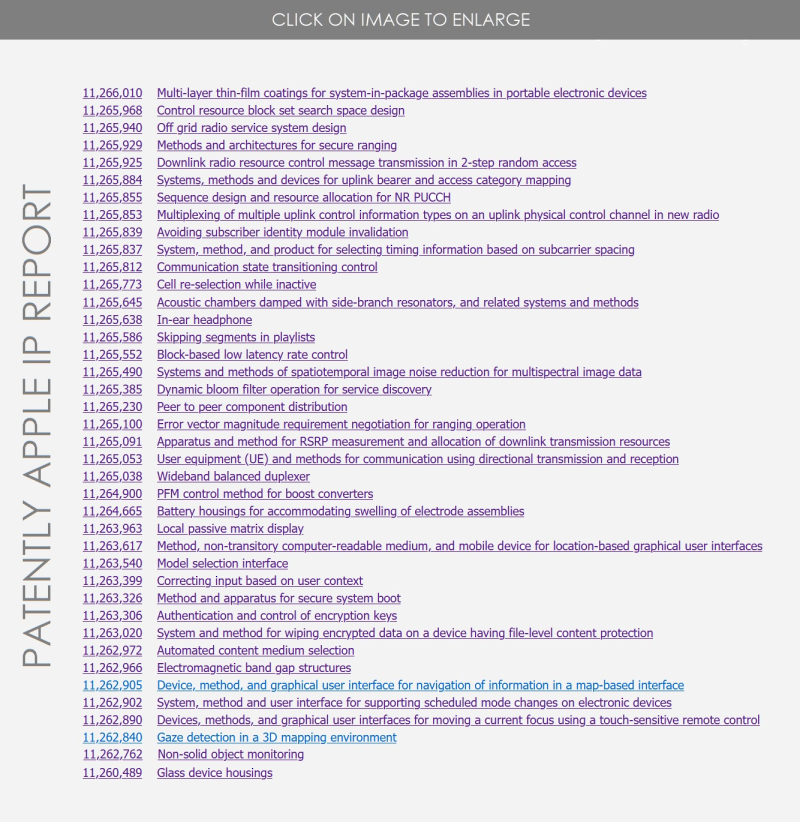