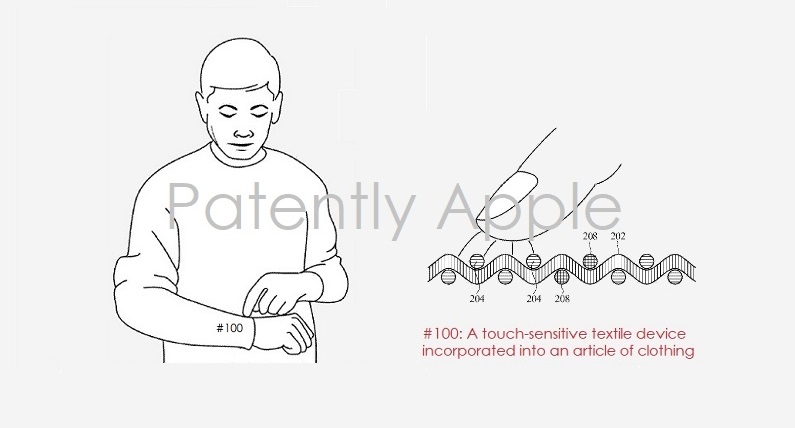 Apple's granted patent covers electrical components that could be incorporated into the fabric to form input-output devices such as switches and other devices. The fabric may form part of an electronic device such as an iPhone, iPad Apple Watch, a case, a watch band or other device and/or another accessory like AirPods Max headphones. For instance, 3D smart fabric may be used in an arm band; a wallet; sleeve; pocket; or other structure into which electronic equipment or other items may be inserted. It may also be part of a chair, sofa, or other seating in a home, office or vehicle; and it may be part of an item of another form of clothing.

In Apple's patent FIG. 4 below we're able to see a top view of fabric #24 in a configuration in which three input-output devices (#18) have been incorporated into fabric. As an example, the input-output devices may be buttons that are open and closed in response to user button presses and/or switches that serve as sensors to determine whether force is being exerted on a portion of the fabric. 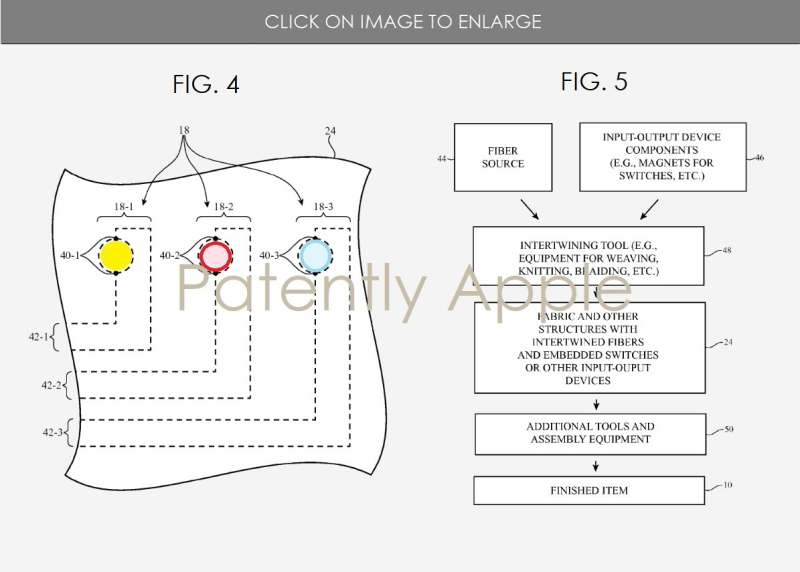 As shown in FIG. 5 above, the fabric that includes embedded components #46 for forming switches for buttons or force sensors and other input-output devices may be processed using additional tools and assembly equipment. For example, the fabric may be attached to housing structures formed from plastic, metal, glass, or other materials using adhesive, fasteners, or other attachment techniques, the fabric may be sewn, cut, and otherwise incorporated into fabric-based items, the fabric may be formed into structures with cavities that are filled with foam, circuitry, and other items, and the input-output devices, circuitry and/or other structures may be assembled with the fabric to form a finished fabric-based item or electronic device.