Apple Watch Competitor Fitbit Recalls 1 Million Smartwatches in the U.S. due to Posing a Burn Hazard 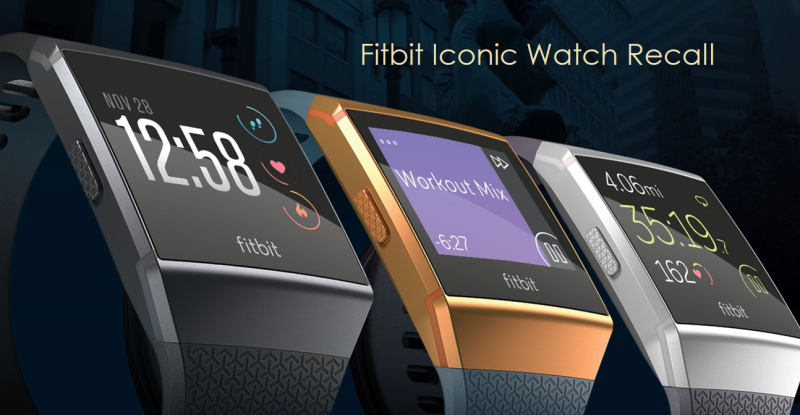 Early this morning, the U.S. Consumer Product Safety Commission has posted a notice titled " Fitbit Recalls Ionic Smartwatches Due to Burn Hazard; One Million Sold in the U.S." The company, that was acquired by Google in 2019, also sold close to 700,000 Iconic Smartwatches internationally.

The Safety Commission's notice stated that "This recall only involves the Fitbit Ionic Smartwatch. It was sold with a polyurethane band and has a 1.4-inch color LCD screen. The watches were sold in slate blue/burnt orange, charcoal/smoke gray, blue gray/silver gray, and a special edition co-branded with Adidas in ink blue/silver gray. The smartwatch tracks activity, heart rate, and sleep.  Only the following models and colors are included in this recall. For the Ionic device, the model number (FB503) is on the back of the device near where the band attaches. Fitbit is printed on the front of the Ionic Smartwatch."

Consumers should immediately stop using the recalled Ionic smartwatches and contact Fitbit to receive pre-paid packaging to return the device. Upon receipt of the device, consumers will be issued a refund of $299. Fitbit will also provide participating consumers with a discount code for 40% off select Fitbit devices.

Best Buy, Kohl’s, Target and other stores nationwide and online at Amazon.com and Fitbit.com from September 2017 through December 2021 for between $200 to $330. Fitbit stopped production of Ionic in 2020.

This recall was conducted, voluntarily by the company, under CPSC’s Fast Track Recall process. Fast Track recalls are initiated by firms, who commit to work with CPSC to quickly announce the recall and remedy to protect consumers.