Home Archives Contact Us Subscribe Twitter MeWe Facebook Patently Mobile
While all will change in 2022, Apple grew their iPhone market share in Russia in 2021 by being the top 5G brand and top Revenue maker
Last week Apple was sued by WePay Global Payments regarding a Design Patent

Apple was the global Smartphone leader in Q4 2021 with Strength in North America, Europe and Asia 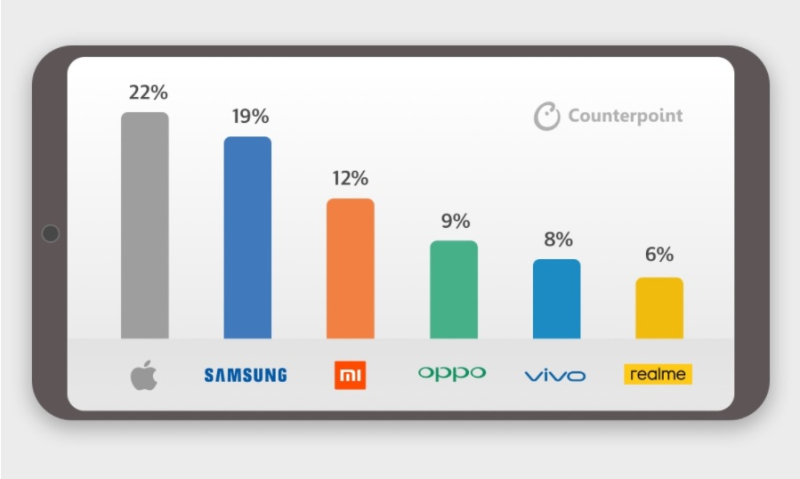 Counterpoint releases one infographic each quarter to summarize the smartphone market activities in a single quick view. Apple was the leader in Q4 2021 shipments Globally with strength in North America, Asia and Europe though weak in Latin America (LATAM), Africa and the Middle East (MEA).

A few quick observations on the smartphone market for Q4 2021:

Going into Q1 2022 Apple has opened a new store in Abu Dhabi to continue their advances in the middle east while announcing the launch of inaugural entrepreneur camp for Hispanic and Latin Founders from nine app companies from the US, Brazil, Guatemala, and other regions to build on their efforts in Latin America.

This week Apple will be introducing their next-gen iPhone SE and likely at a lower price point which will be the fastest way to attract more buyers in the Middle East, Africa and Latin America.