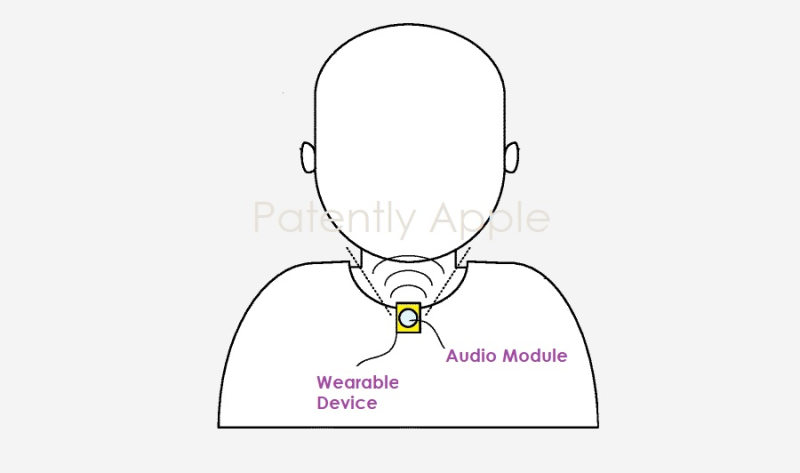 Today the US Patent & Trademark Office published a patent application from Apple that relates to a possible next-gen wearable AirPods family wearable device with directional audio.

In Apple's patent background they note that audio headsets have acoustic speakers that sit on, over, or in the ear of the user. They can connect to other devices operate as sources of audio signals that are output by the speakers. Some headsets can isolate the user from ambient sounds and even provide noise-cancellation features. However, many audio headsets are somewhat obtrusive to wear and can inhibit the user's ability to hear ambient sounds or simultaneously interact with others near the user.

Apple's invention provides a wearable device with an audio module that is operable to provide audio output from a distance away from the ears of the user.

Apple's patent FIG. 1 below illustrates a front view of a user wearing a wearable device with an audio module for directing sound waves to the ears of the user. 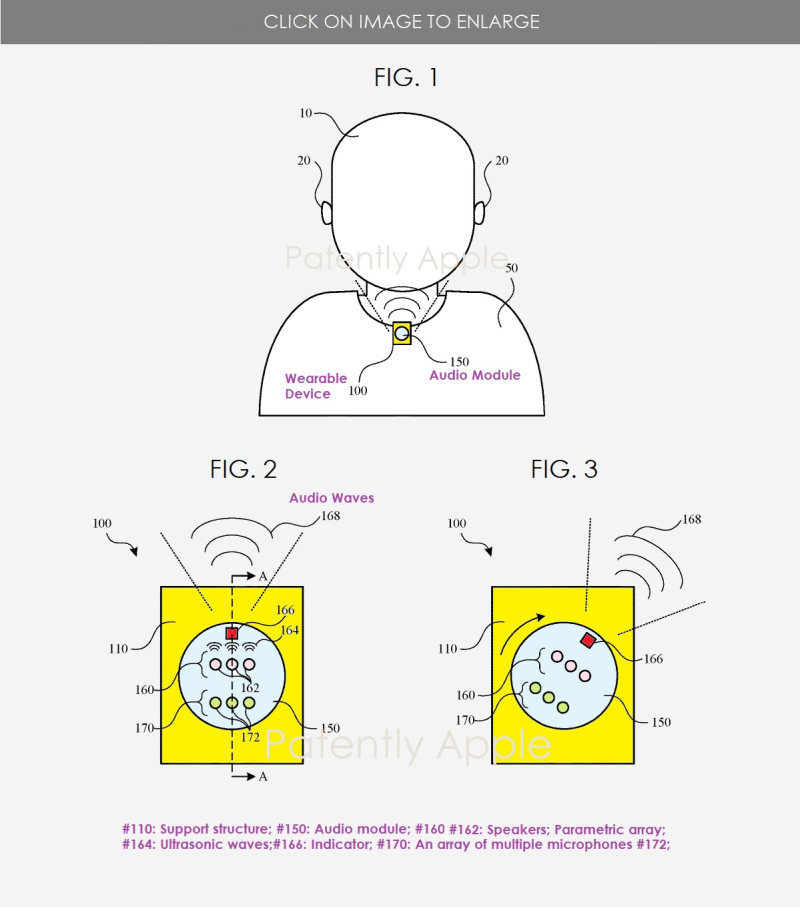 Apple's patent FIG. 2 above illustrates a front view of a wearable device with an audio module having a first orientation with respect to a support structure; FIG. 3 illustrates a front view of the wearable device of FIG. 2 with the audio module having a second orientation with respect to the support structure.

Apple adds that beamforming allows the array #170 to simulate a directional microphone pointing toward the sound source. The directivity of the array reduces the amount of captured ambient noises and reverberated sound as compared to a single microphone. This may provide a clearer representation of a sound source, such as speech and/or voice commands from the user's mouth.