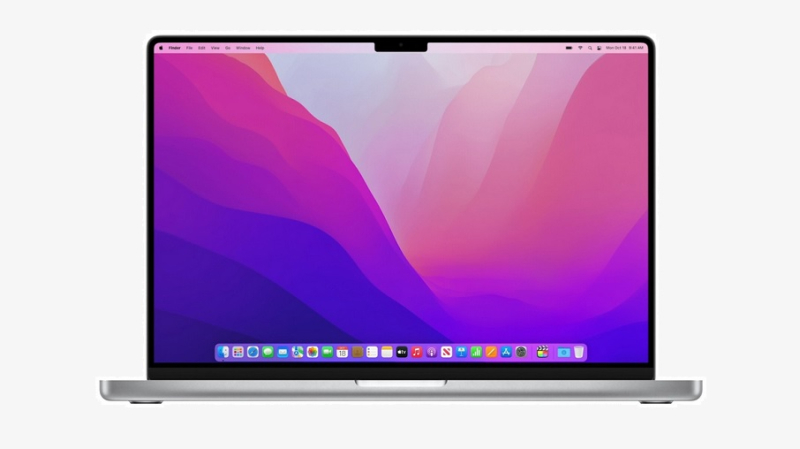 Today the US Patent & Trademark Office published a patent application from Apple that relates to tamper-resistant indicators for electronic devices including MacBooks. In theory, with Apple's invention you'll be less likely to be spied on and filmed in secret.

Today's electronic devices such as desktop computers, laptop computers, smartphones, and tablet computers are often provided with cameras. Electronic devices with cameras can include an indicator light to indicate when the camera is recording, to alert the user and/or others in the vicinity of the camera that they may be being recorded. However, conventional devices having cameras and indicator lights can be vulnerable to tampering to disable the indicator light, which can expose the user or others to being recorded without notification.

In a Quora forum entry a year ago titled "Can people hack into your MacBook and secretly record you from the camera?" Michael Rutledge, a 20-year veteran in systems and network engineering, responded in-part this way: "I have personally seen targeted attacks go after sensitive people running the latest patches and practicing good security hygiene successfully and use such attack methods. It’s a real thing."

While some think it's debatable, a new Apple patent shows their work to ensure camera hacking doesn't happen, proving it's technically still an issue.

Apple's invention covers systems, devices, and methods for prevention of masking, disabling, destroying, and/or otherwise tampering with a visual indicator that a camera is recording or otherwise capturing images or other information. In one or more implementations, a light sensor is provided in close proximity to a visual indicator (e.g., a light source such as a light-emitting diode (LED) configured as an indicator light for the camera) and coupled to the camera, such that insufficient light received by the light sensor disables the camera. In this way, if the indicator light is covered, masked, or damaged (e.g., in an attempt to allow the camera to record and/or capture other information such as images, sound, depth or other information without an indication of recording by the indicator light), the light sensor resultantly disables operation of the camera.

In accordance with one or more implementations, the electronic device of FIG. 1 implements one or more components and/or processes as described in the patent filing to prevent physical and/or electronic attempts to operate camera without the operation of a corresponding indicator light. 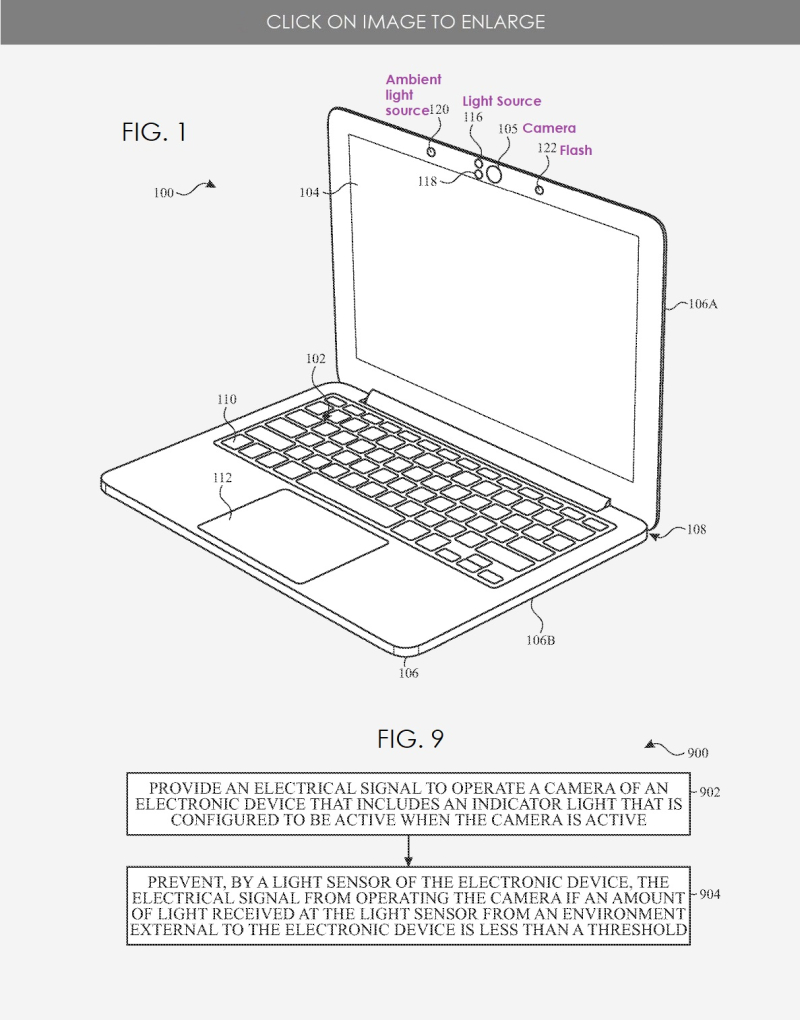 Apple's patent FIG. 9 above Apple presents a flow chart of an example process for operating an electronic device having a camera, a light source, and a light sensor.