Today the U.S. Patent and Trademark Office officially granted Apple a patent that relates to Project Titan and more specifically to a deaeration device for a thermal system that could be used in Apple's future electric vehicle.

Traditional high flow liquid cooling systems use a constant bleed. This means that some of the fluid flow that would otherwise be used to cool functional devices is constantly being lost back to the reservoir, which reduces efficiency. This efficiency loss has been considered acceptable in internal combustion engine designs, which by design operate at high temperatures and with relatively low efficiency.

Traditional low flow liquid cooling systems pass all of their fluid flow directly through a reservoir. While this approach is acceptable at low flow rates, at higher flow rates the liquid in the reservoir will become turbulent and aeration results.

Electric vehicles operate at higher efficiency levels as compared to internal combustion engine vehicles, and at much lower temperatures. The efficiency penalty of a constant-bleed deaeration system would have a detrimental impact on the overall effectiveness of the cooling system in an electric vehicle application.

Apple's granted patent covers a thermal system that includes a deaeration device that operates at high flow rates with much higher efficiency as compared to constant bleed systems. Apple's patent FIG. 3 below is a cross-section illustration that shows a deaeration device of the thermal system. 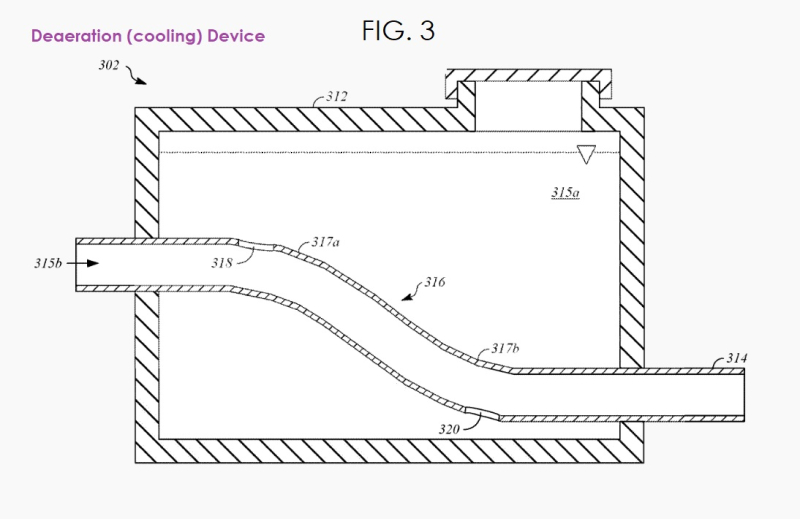 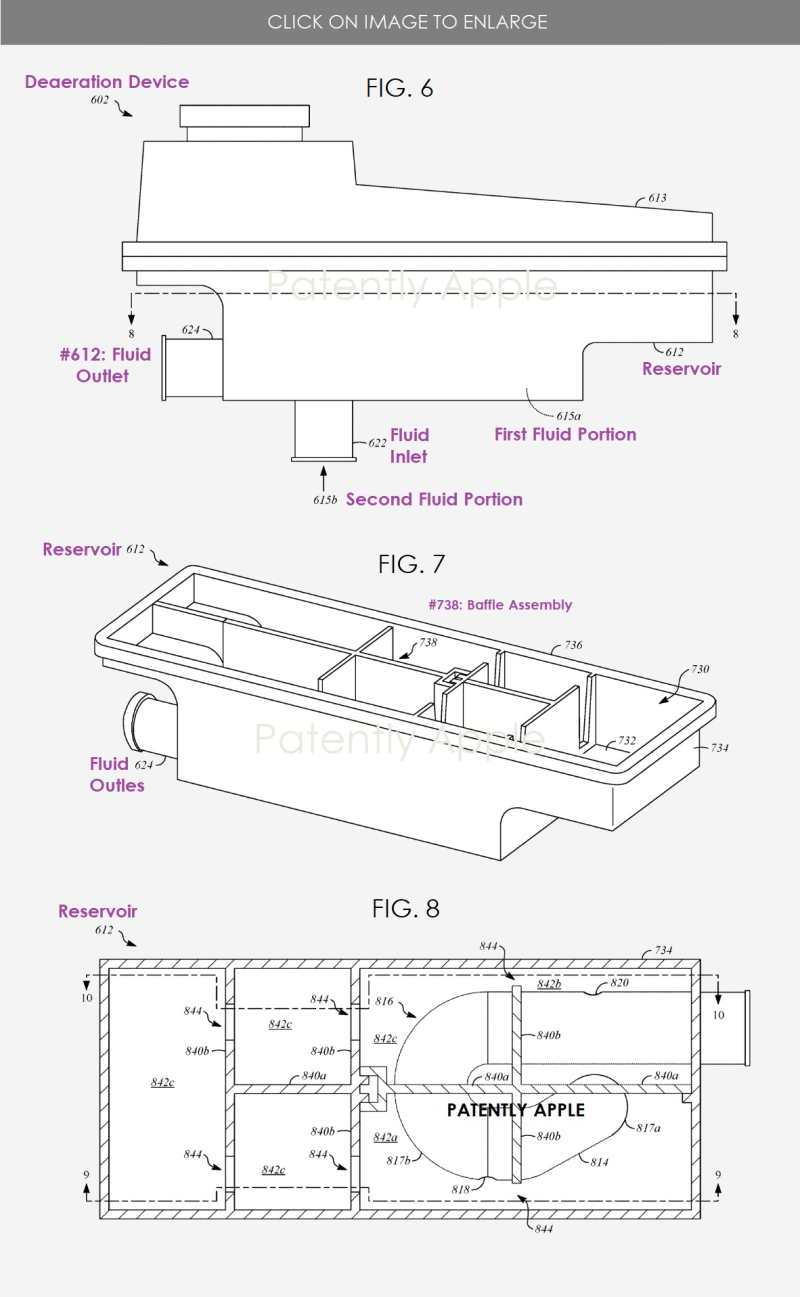