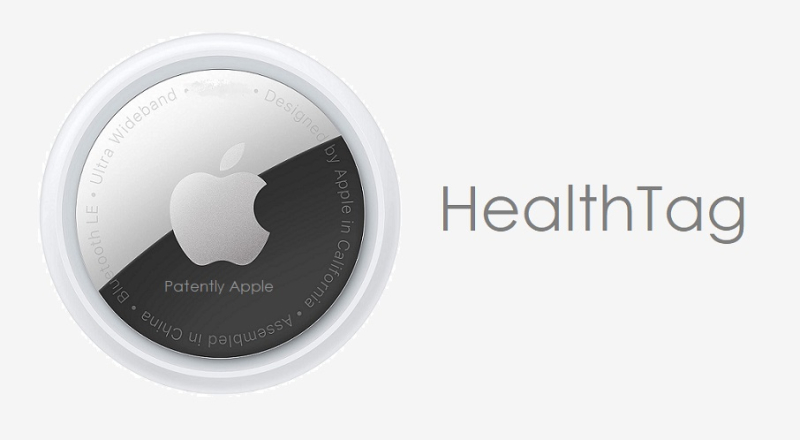 Today the US Patent & Trademark Office published a patent application from Apple that relates to an iDevice that communicates with one or more wearable tags to monitor health-related functions such as physical therapy, running assistance, fall detection and much, much more.

Apple's invention covers a system that may include an electronic device that communicates with one or more wearable tags. The wearable tags may be placed on different parts of a user's body or clothing and may be used for one or more health-related functions such as posture monitoring, sun exposure monitoring, physical therapy, running assistance, fall detection, and other functions.

Additionally, different types of output may be provided from the wearable tag and/or from the electronic device depending on the health-related function that the wearable tag is being used for. Multiple tags may be used together to obtain relative motion or position information for different parts of the user's body.

In the patent figures below, we see an iPhone (FIG. 3) in communication with a wearable health tag in FIG. 2. 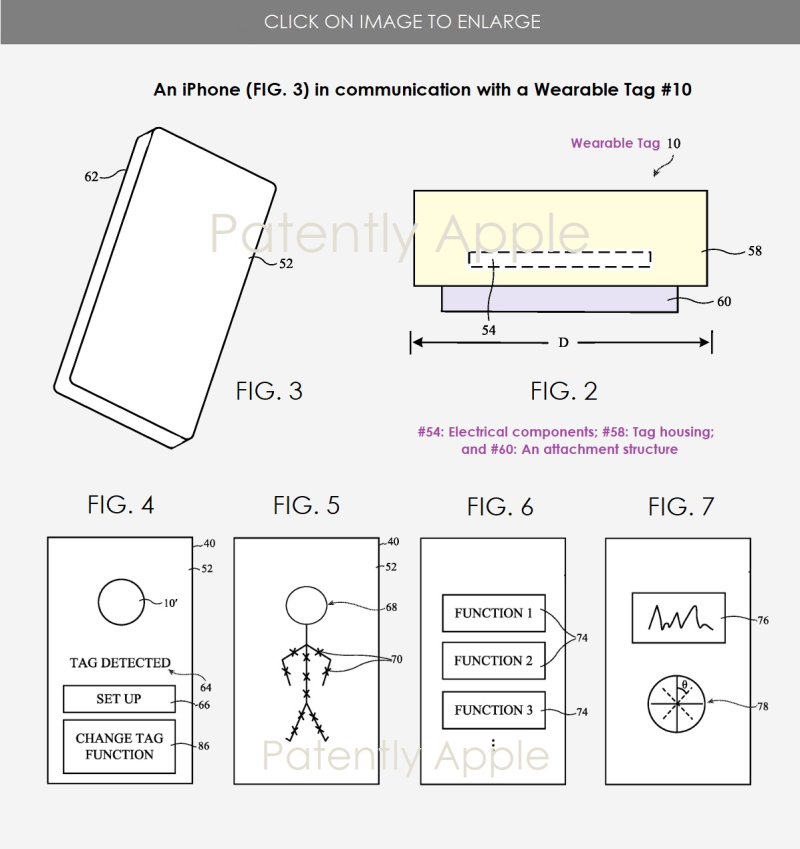 Apple's patent FIGS. 8-11 below illustrate new health tags fit on different parts of the body and FIG. 12 presents a flow chart of illustrative steps involved in using an iPhone (or Apple Watch) that communicates with one or more wearable tags. 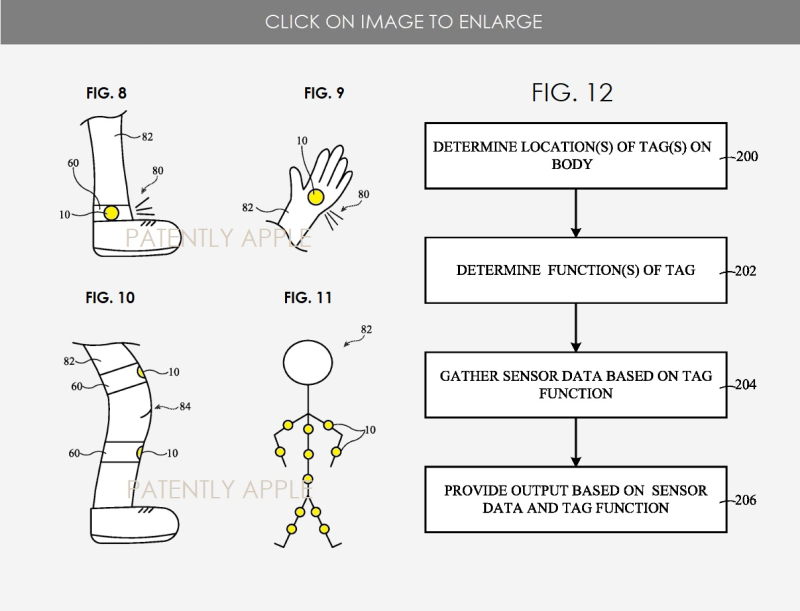 Example of the types of health monitoring that Apple has in mind includes analyzing a user's activity (e.g., running, walking, cycling, stair climbing, hiking etc.); may use blood pressure sensors to gather blood pressure information; may use heart rate sensors to gather heart rate information; may include blood sugar sensors for gathering blood sugar levels; may use blood oxygen sensors to measure a user's blood oxygen level; may use location tracking circuitry to track the location of one part of the user's body relative to another and/or to track the user's location (e.g., location relative to another electronic device such as electronic device 40 or geographic location such as geographic coordinates), etc.

Health data, intentional user input (e.g., button press input, user input on force sensors, touch sensors, and/or other input devices, voice commands gathered with a microphone, gesture input, tap input, squeeze input, etc.), environmental readings, and/or other information on the user and the user's surroundings may be gathered by devices and processed by the control circuitry 12.

Control circuitry 12 may also use the output devices of input-output devices 14 to provide haptic output, audio output, visual output (e.g., status light indicator output, display output such as displayed images of text, graphics, and/or video, etc.), and/or other output may be provided.