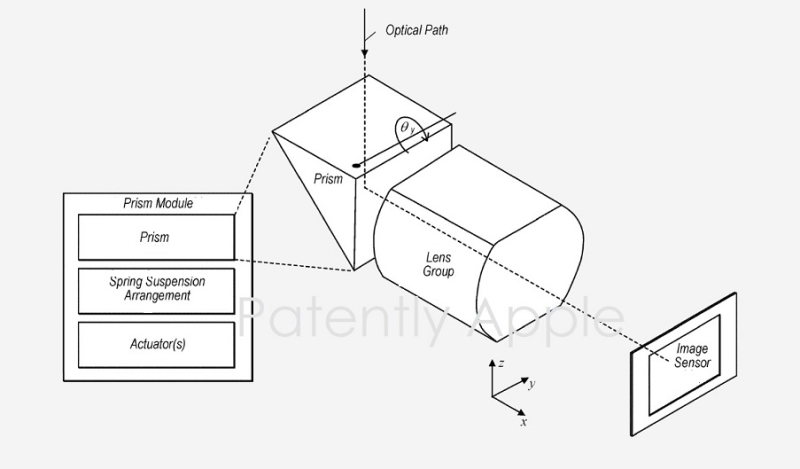 While there wasn't a knockout Apple patent published today, there were a string of interesting patents covers a wide array of technologies. In an earlier report posted today we covered wearable loop devices, the HomePod mini, ultrasonic proximity sensors and a drone antenna system. In this patent report be cover folded optic with a tilt actuator and spring suspension system, iPhones with textured glass and Apple's work on developing a brighter gold color for iPhones.

2021 was a busy year for Apple patents relating to a future folded camera system for iPhone (01, 02, 03 & 04) that would greatly advance zoom functionality to be on par or close to what Samsung's Galaxy smartphones deliver. Today the US Patent & Trademark Office published a patent application from Apple that's a little different in that it relates to a tilt actuator and/or spring suspension arrangement specifically designed for a future folded camera system.

Apple's patent FIG. 1 below illustrates a schematic perspective view of an example camera having a folded optics arrangement and that may include a tilt actuator and/or a spring suspension arrangement. 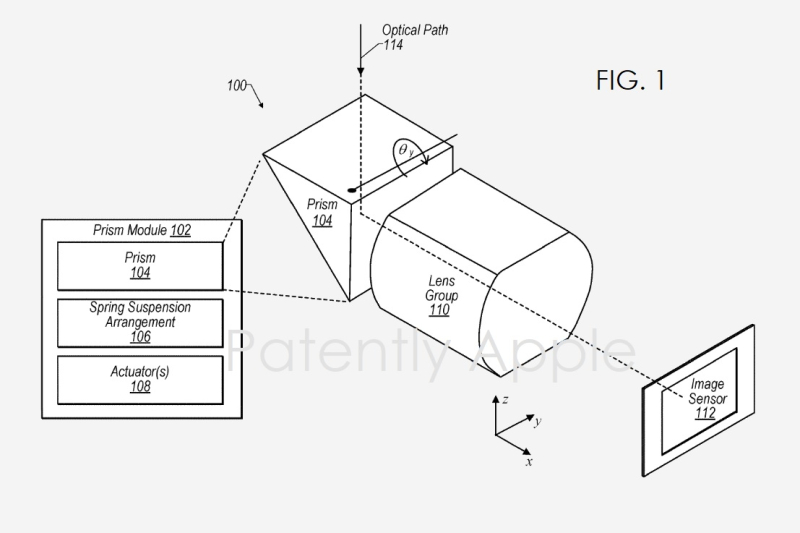 According to various embodiments, the camera #100 may include at least one light path-folding element (e.g., a prism, a mirror, etc.; also referred to herein as a "light folding element") that can be tilted relative to one or more other optical elements and/or an image sensor.

If you're a camera buff, then you could check out the details of Apple's patent application here.

In November 2020 Patently Apple posted a report titled "Apple was Granted a Patent that Details Backside iPhone Specialty Glass Finishes." The patent was directed to forming a texture and other surface features on a glass component of an enclosure. The texture may also be configured to provide a particular "feel" to the electronic device. 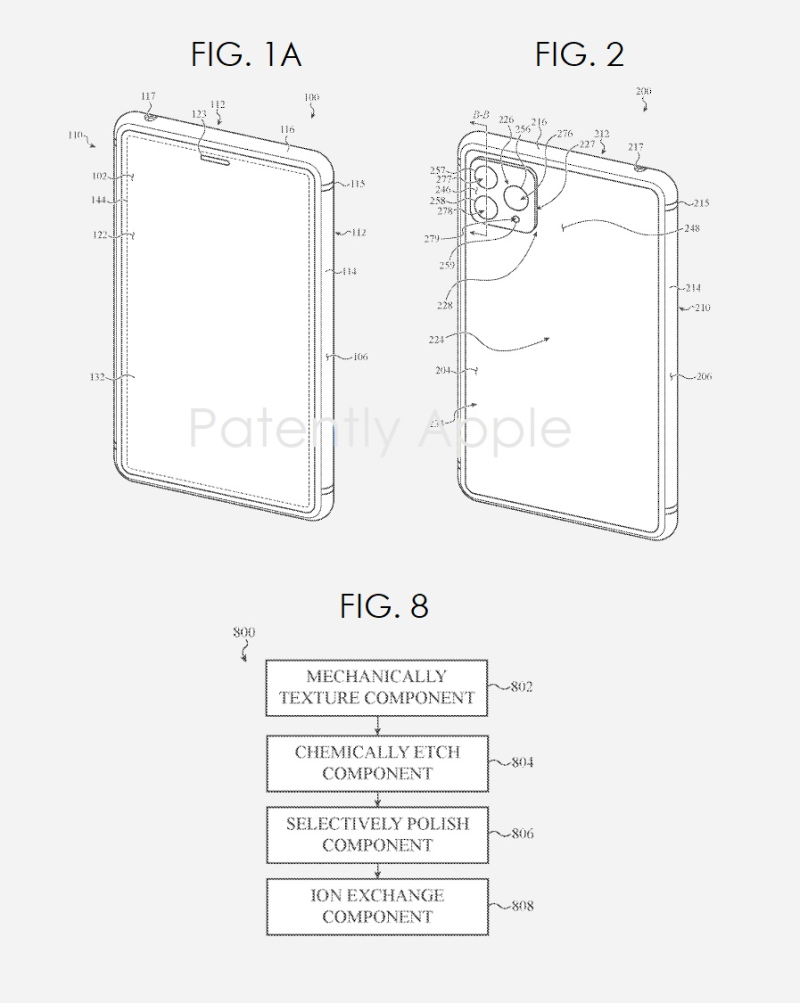 And while we're on the topic of iPhone finishes, another Apple patent published today titled "Bright Color Coatings for Electronic Devices." . In particular, the patent points to a "coating that may exhibit a high-brightness gold color without using real gold in the uppermost layer."

Maybe it's just me, but it sounds like the patent is describing a gold color that is different than the one found on the iPhone 13 Pro which is anything but bright. Then again, the patent isn't restricted to the iPhone and lists many current or future devices their invention could apply to such as an HMD, smartglasses, Macs, Apple Watch, a television and many more.

It's a very technical patent and for those interested, check out patent application 20220066397 here. Be sure to do a word search while on the patent for "gold" so you can get to the right text much quicker.