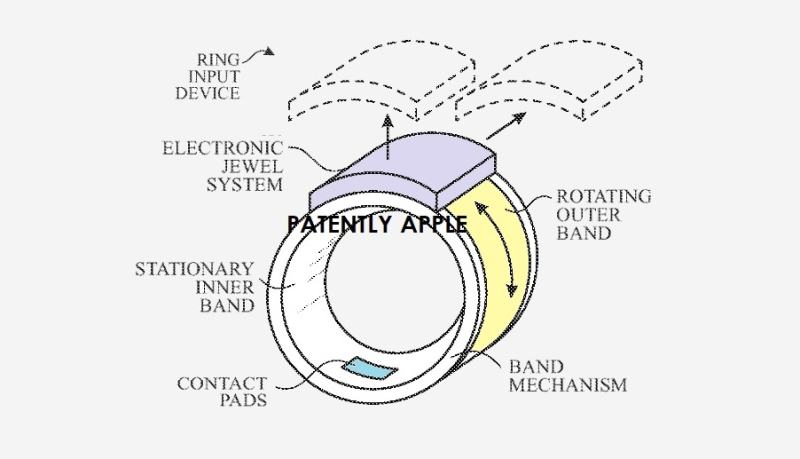 Patently Apple covered Apple's first patent application for a future smart ring back in 2015 in a report titled "Apple introduces us to the Apple Ring in all its Glory." Apple was granted that patent in April 2020. Then in March 2021 we posted a second smart ring invention in a report titled "Apple Introduces a new kind of Smart Ring System to be used Primarily in Context with AR, VR and MR Applications."

Ring input devices according to examples of the disclosure can detect press inputs on its band to generate inputs that can then be wirelessly communicated to companion devices.

Apple's patent FIG. 1B below illustrates an overview of a smart ring device; FIG. 2 is a system block diagram of a ring input device. Apple's patent FIG. 5B below is a symbolic side view of a portion of a stationary inner band and a rotating outer band with an electromagnetic rotational resistance generator having a movable brake. 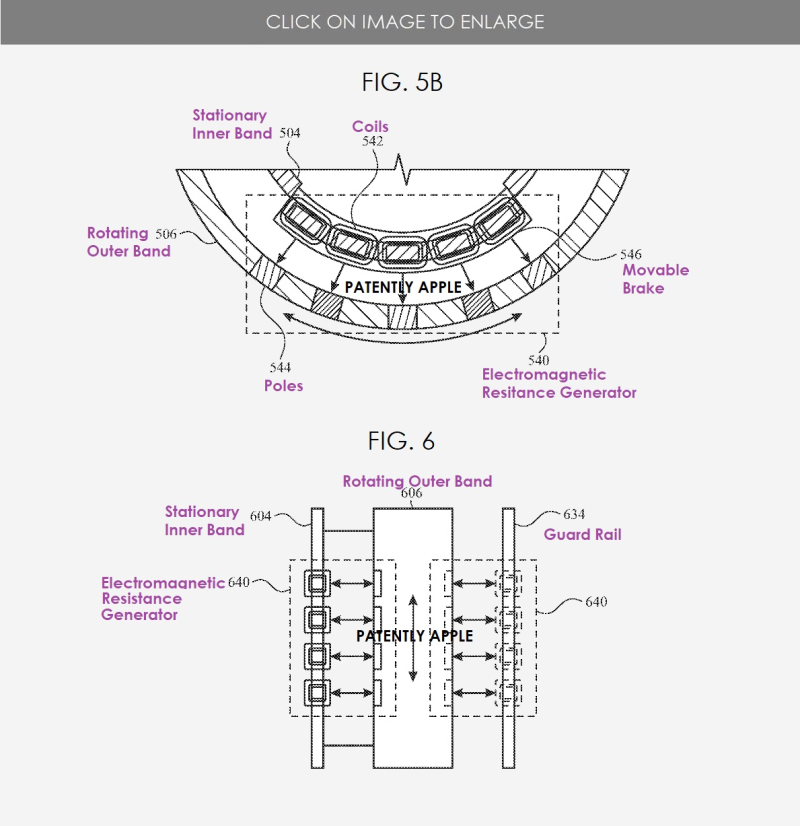 Apple's patent FIG. 14A below is a system block diagram of an electronic jewel system of a ring input device including a scroll ball and a touch sensor. 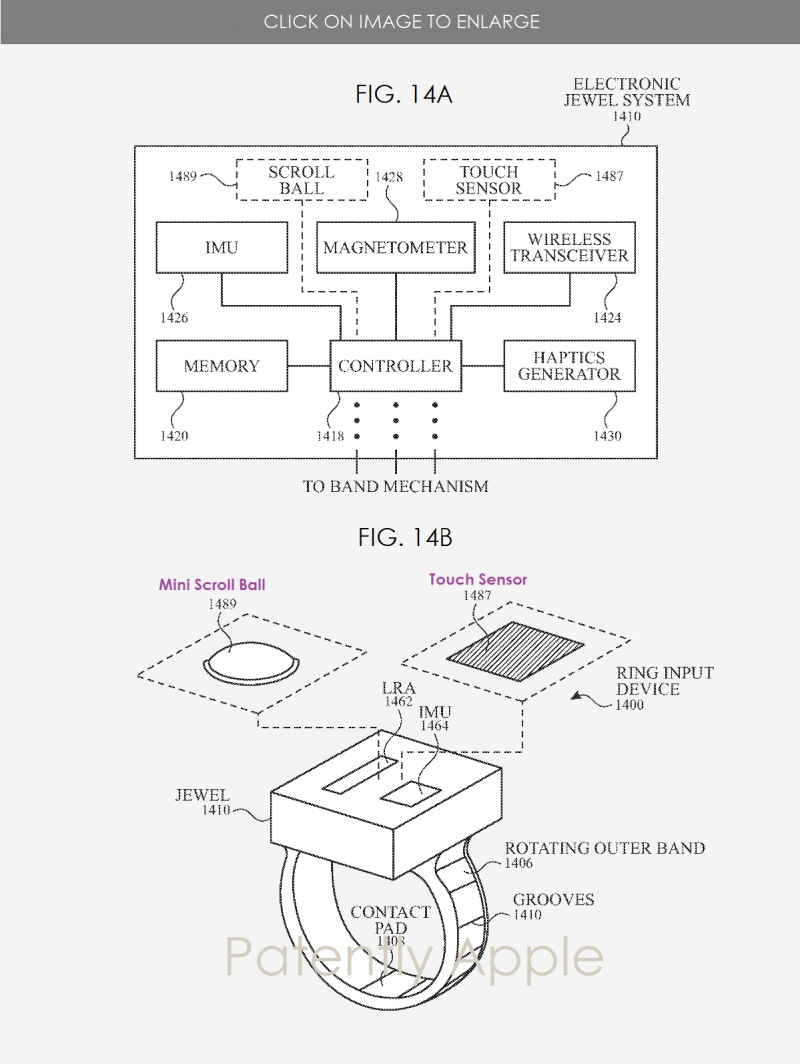 Apple's patent FIG. 14B above is a symbolic perspective view of a ring input device including an electronic jewel system with a scroll ball and a touch sensor.

In one particular example, the orientation and movement of the ring input device from one position to another can be used to move a cursor on a user interface or a 3D object being displayed.

In some examples, the gestures can be recognized in the ring input device, and in other examples, data can be wirelessly transmitted for gesture processing by another device.