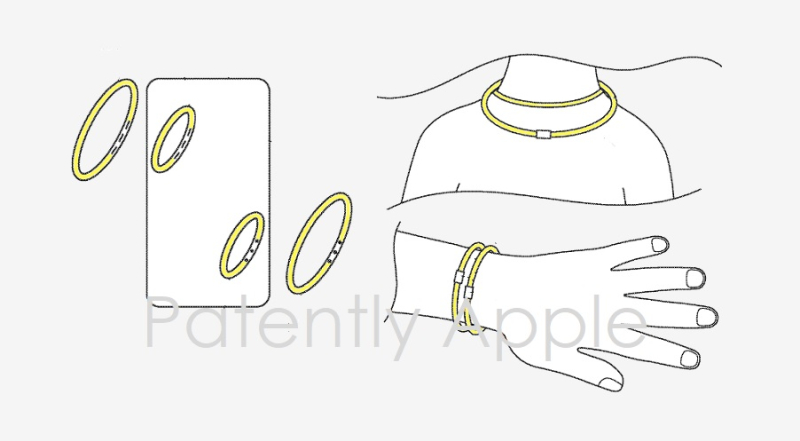 In this Patently Apple report we cover a series of four Apple patents covering wearable loop devices, HomePod mini, ultrasonic sensors and a drone antenna system. Most of our patent report covers Apple's patent tilted "Wearable Loops with Embedded Circuitry. These Wearable Loops will be able to gather various information about a user such as biometrics, ID, Medical information while being an input device Apple's future mixed reality headset and more. 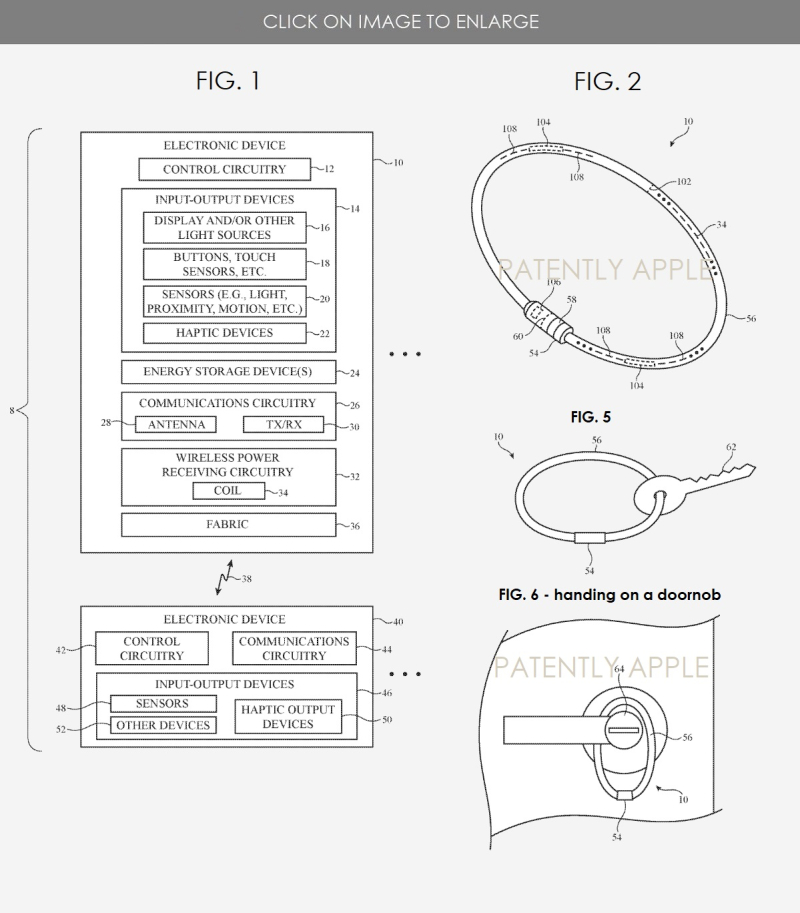 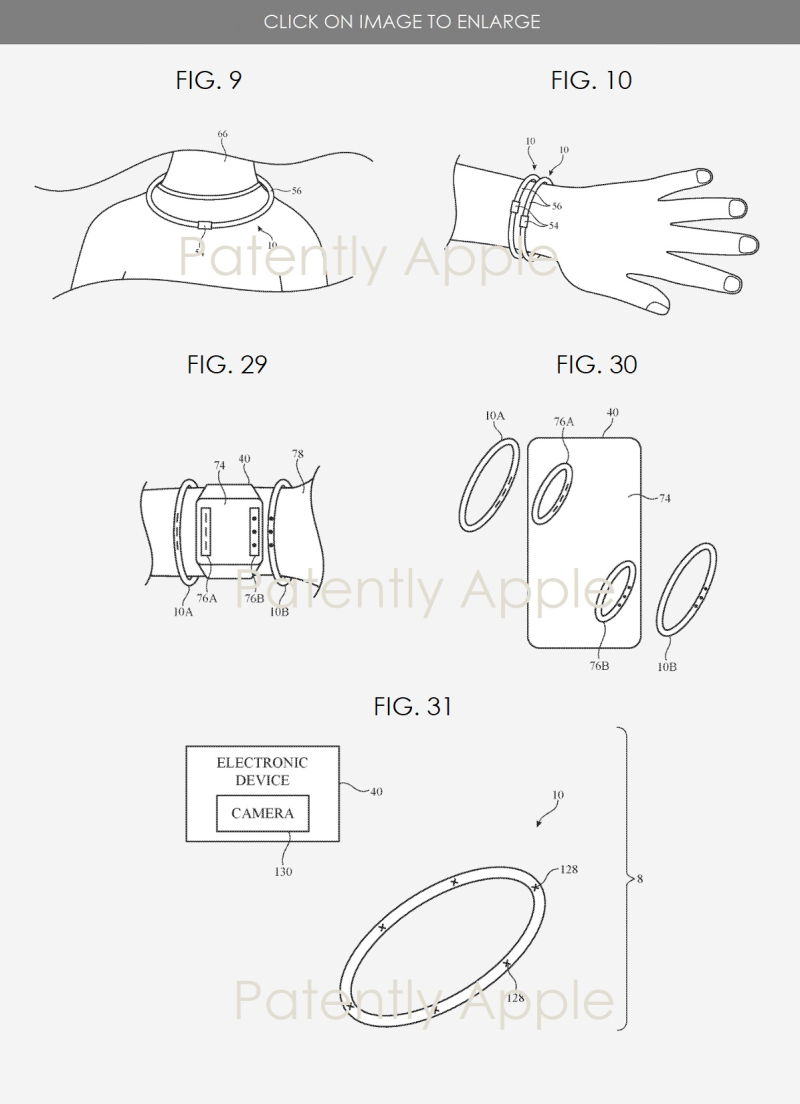 Today Apple updated this invention by adding 20 new patent claims. Some times new patent claims are there for the protection of the patent by highlighting features Apple specifically wants to protect.

In other cases, like today's patent, Apple has added new aspects to the invention such as adding "near-field communications circuitry that wasn't a part of the original patent.  Apple also places emphasis on "Virtual Reality content" in their patent claims whereas it was barely a footnote in the original patent. Apple added Virtual Reality content in the following two claims:

Patent Claim #9: The system defined in claim 1 wherein the first electronic device serves as an anchor for the virtual reality content.

Apple also placed new emphasis on "non-visual output." The original patent covered it once while Apple makes special mention of this in five patent claims (#7, 14, 15, 18 and 19).

Other new and Updated Patents of Interest

02: The patent behind HomePod mini (Everything you want to know about it) 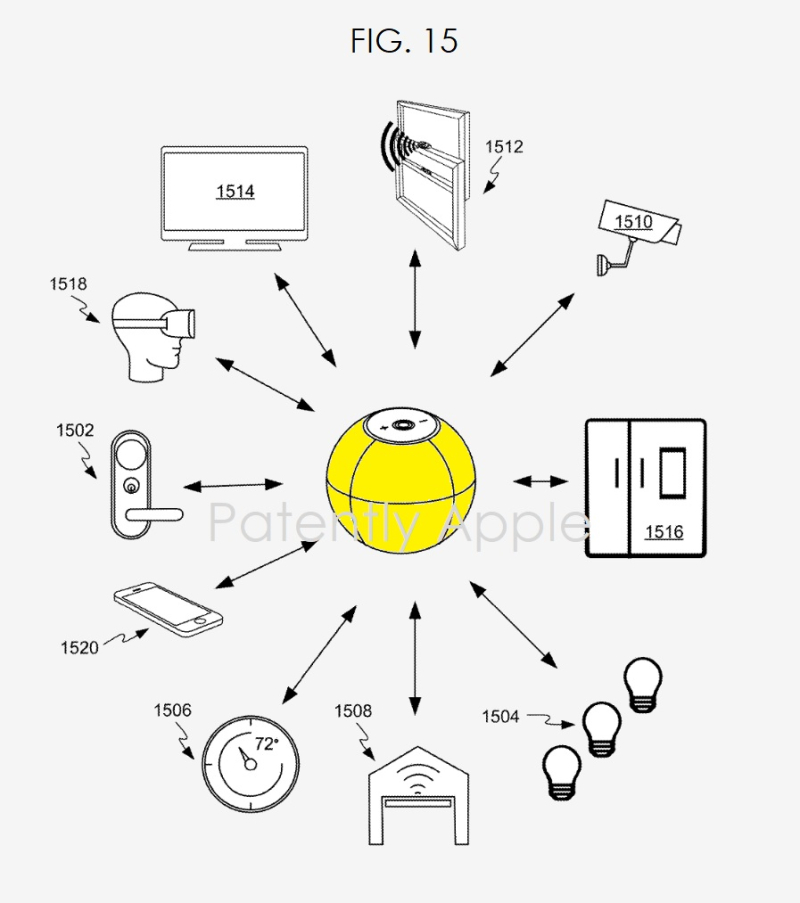 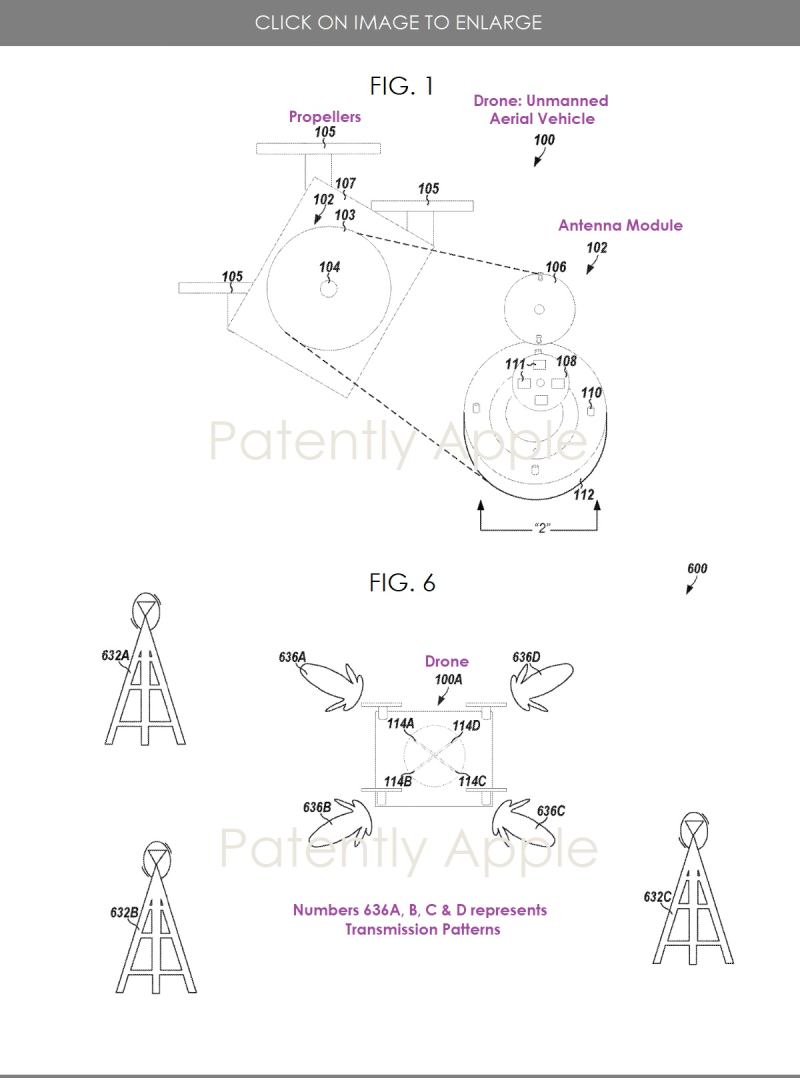 Apple's patent application 20220069449 published today was acquired from Intel. The patent notes that the proposed antenna system "was installed on an Intel Aero drone."