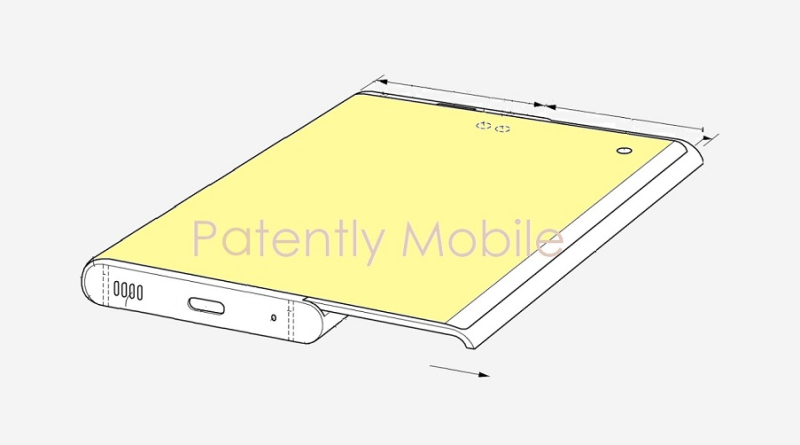 This week a number of tech news sites (01, 02 03 and 04) reported on a rumor from Ice Universe that claimed that Samsung would be unveiling a new smartphone form factor later this year. The design would offer a flexible display that could scroll out from one or both sides of the main phone to provide users with a larger display when needed. It would be an alternative form factor to their Galaxy Z Fold smartphones.

However, the link to the Ice Universe rumor changed later that day to blank page with the simple message: "Hmm...this page doesn’t exist." Did the rumor site @IceUniverse make a mistake after realizing that the rumor stemmed from new patent filings from Samsung being published? Who knows?

Two Samsung Patents for Smartphones with a Scrollable Display

On the very same day as the rumor from @IceUniverse broke, two Samsung patents were published by the World Intellectual Property Organization (WIPO) about the very subject matter that the rumor was based on. Below are links and patent a few figures from Samsung's patent filings.

Samsung's first invention relates to a smartphone with a flexible display that could be extended by the user by pulling on a side edge mechanism that scrolls the display that's hidden inside the phone structure to emerge to the top side of the phone. In this patent, the focus is on integrating a camera into the display structure so that it can move in sync with the movable display as presented in the patent figures below. See Samsung's patent application WO2022060126 for details. 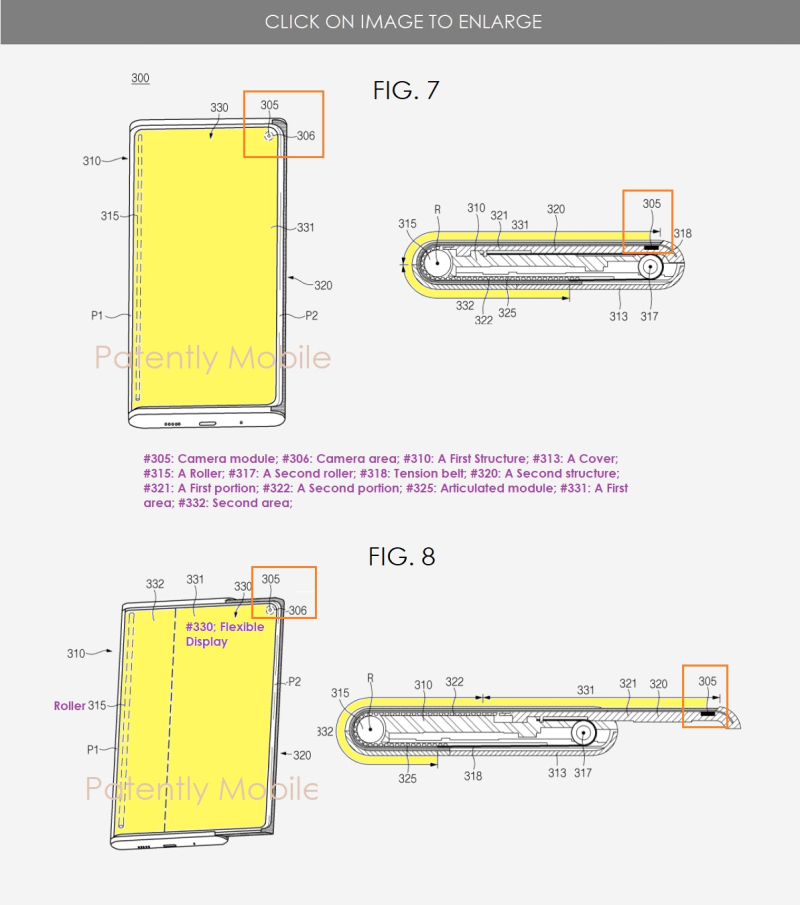 Samsung's second invention relates to a future smartphone including at least one slit in a sliding plate supporting an extendable flexible display. See patent WO2022059905 for details. 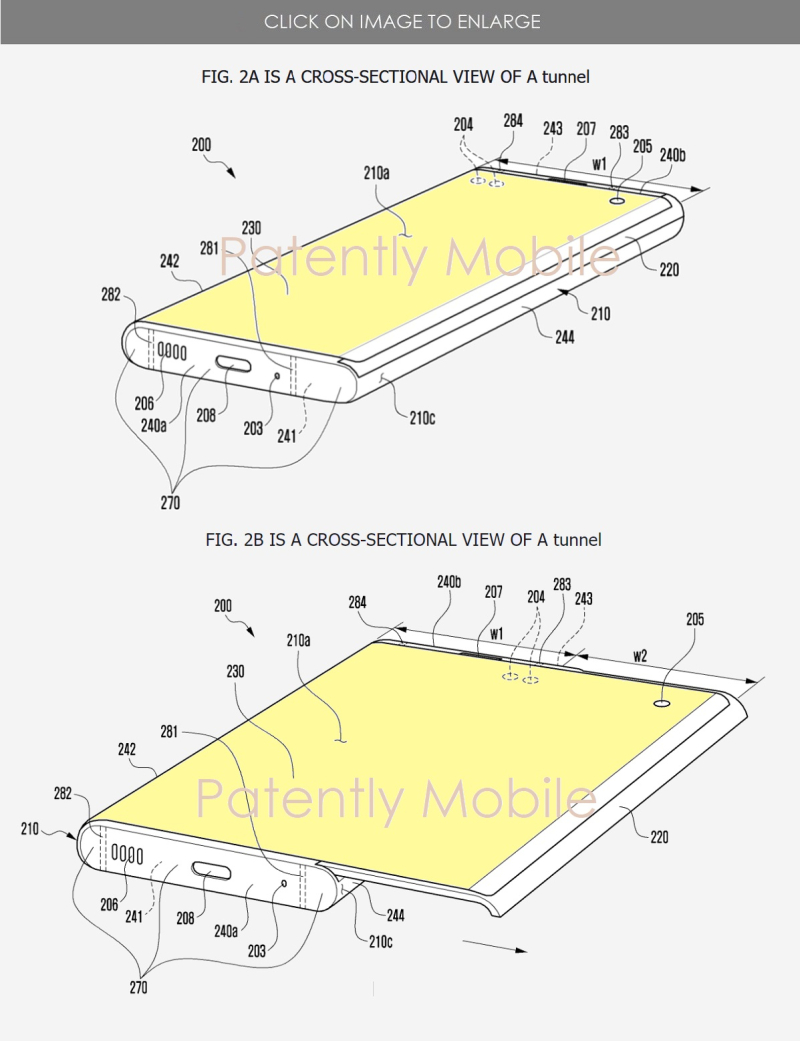 For interest's sake, it should be noted that Apple has been working on a similar form factor for years. Their first invention covering this form factor surfaced back in 2014 and there's been at least three new iPhone inventions describing scrollable displays since then (01, 02 and 03).