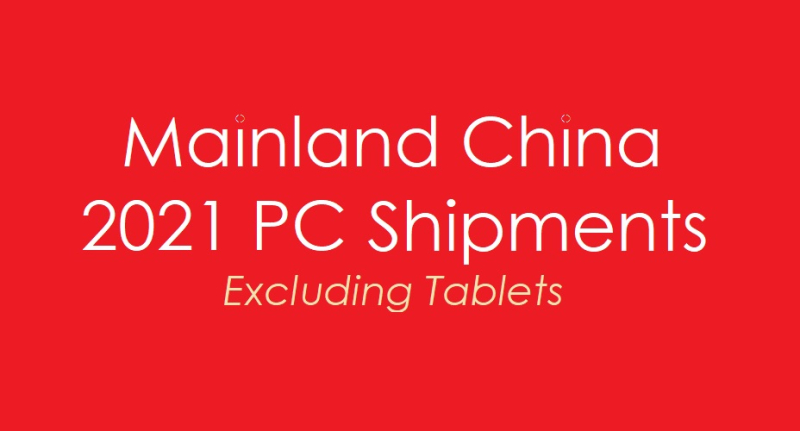 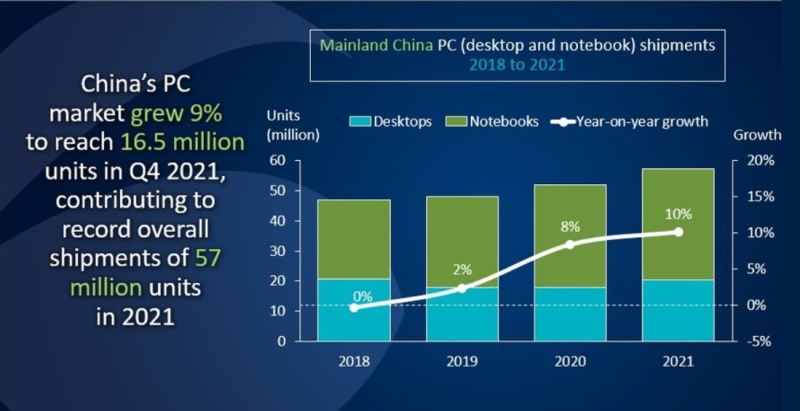 Emma Xu, Canalys Analyst: "China’s PC market is undergoing upheaval due to public sector interventions, but the strong growth seen in 2021 emphasizes how big an opportunity there still is. Security concerns about government procurement are growing, and there is a preference for local vendors, which puts additional competitive pressure on US-based vendors."

The report further noted that in the consumer market, "exciting innovations are coming from the upstream component side, notably in the battle between CPU vendors. Beyond Intel and AMD, Apple has announced further development of its M1 chipsets, while Qualcomm has also signaled an increased focus on PCs, with both companies targeting the premium market.

Improvements in display size and functionality as well as form factor innovations, such as foldable PCs, have been major themes at CES and MWC this year, and China’s role as a keen adopter of new technology will see vendors focus their efforts there."

Yet despite Apple leading the smartphone market in China in Q4 2021, they're still unable to crack the top 5 PC vendors list, according to Canalys latest statistics presented below for 2021. 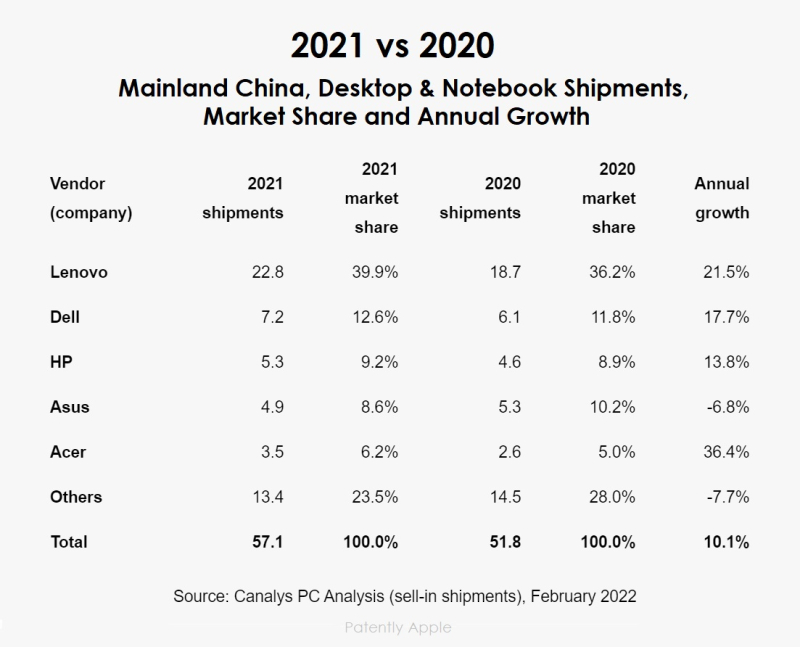 Though it should be noted that Canalys reported on Worldwide PC shipments for Q4 2021 in early February with a PC device mix that included notebooks, desktops and tablets. In that PC device mix, as presented in Canalys chart below, Apple landed in second place, just a hair below leading Lenovo. 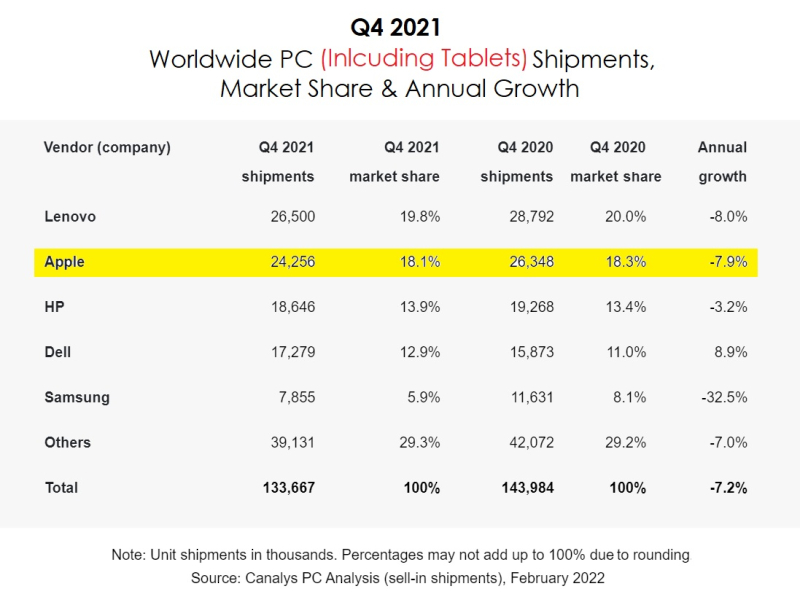 The official reason why Canalys decided to leave out tablets in their Mainland China report for Q4 2021 as opposed to their global report is unknown. Though it would seem to be a marketing or political decision on their part for locking Apple out.

To have been consistent and fair, Canalys should have included tablets in their latest report for Mainland China that would have catapulted Apple to at least the second position.