U.S. Lawmakers advanced the 'Earn it Act' today that is designed to hold Tech Companies Responsible for the spread of posts exploiting children 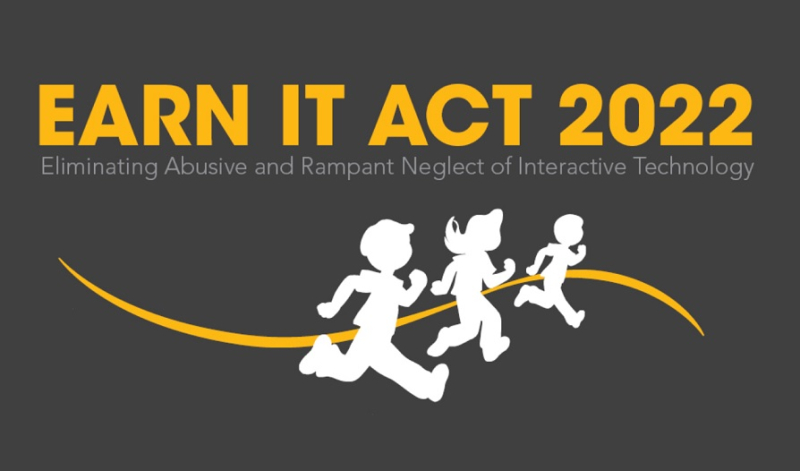 Last August Patently Apple posted a report that included a 12 page technical summary of Apple's Child Sexual Abuse Material (CSAM) Detection system. Then in November 2021 Apple released a "less-controversial" Conversion Safety feature from Messages. You could review the history of the updates here. Clearly Apple is attempting to work with lawmakers behind the scenes on this key issue.

With that said, today, lawmakers advanced a controversial bill that aims to hold tech companies responsible for the spread of posts exploiting children, the latest bipartisan salvo targeting Silicon Valley, according to the Washington Post.

Under the Earn It Act, tech companies would lose some long-standing protections they enjoy under a legal shield called Section 230, opening them up to more lawsuits over posts of child sexual abuse material on their platforms. The bill, which was first introduced in 2020, would also create a national commission of law enforcement, abuse survivors and industry experts to develop best practices to address child abuse online.

The bill is "calibrated to really stop the most detestable and despicable kinds of child abuse involving really horrific pornographic images that follow these kids all their lives," said Sen. Richard Blumenthal (D-Conn.), who co-sponsored the legislation with Sen. Lindsey O. Graham (R-S.C.). The bill has been backed by lawmakers on both sides of the political spectrum, as well as groups representing law enforcement and sexual exploitation survivors.

But unlike some recent antitrust bills that have won the backing of some technologists, the bill’s revival has reignited a battle over the future of Internet regulation and online speech. Prominent technologists, industry groups, civil liberties advocates and LGBTQ interest groups have aggressively campaigned against it, warning that the proposal threatens to erode consumers’ privacy and could have a chilling effect on free expression online.

The Senate Judiciary Committee will weigh the Earn It Act after moving two competition bills targeting the tech sector on bipartisan votes. Lawmakers on the committee are increasingly seeking to move legislation that can appeal to members of both parties that are worried about the power and influence of tech giants. You could read all about it in the Washington Post's report.

Two Sides of the Coin: You could more about the work being done by "The National Center for Missing & Exploited Children" on this issue here.  You could also read The Electronic Frontier Foundation's letter sent to the Senate Judiciary Committee yesterday that strongly oppose the Earn it Act Bill here.