Home Archives Contact Us Subscribe Twitter MeWe Facebook Patently Mobile
While Apple Captured the Highest Ever iPhone Revenue in Q4-21, they've led the Smartphone Industry in Profits over the Last 5 years
Apple's iPhone 14 OLED Display is likely to be Brighter than the iPhone 13 due Samsung Display upgrading a key Material

The Apple TV+ Series 'WeCrashed' is set to Debut on March 18 with Trailers now Available, and more 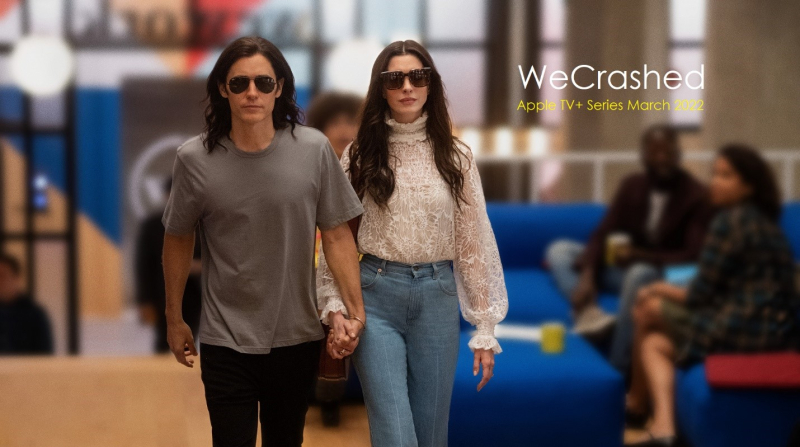 This report was updated at 1:47 pm PST

Inspired by actual events — and the love story at the center of it all. WeWork grew from a single coworking space into a global brand worth $47 billion in under a decade. Then, in less than a year, its value plummeted. The Apple TV+ series will tell the story of what happened to WeWork and its founder. Apple TV+ has released a trailer of the series today as presented below. WeCrash will debut on Apple TV+ on March 18.

Update: Coincidentally, Bloomberg reported today that the co-founder of WeWork, Adam Neumann, the subject of the Apple TV+ series, may find himself back on WeWork's board. Is it hype for the series or a realistic twist to Neumann's story? Only time will tell. Earlier this week Apple released the trailer for "Pachinko" that will debut on March 25. The sweeping drama series told across three languages – Korean, Japanese, and English. Epic in scope and intimate in tone, the story begins with a forbidden love and crescendos into a saga that journeys between Korea, Japan and America to tell an unforgettable story of war and peace, love and loss, triumph and reckoning.