In Europe, Apple took Second Place in Smartphone Shipments in 2021 with 11% Growth & more 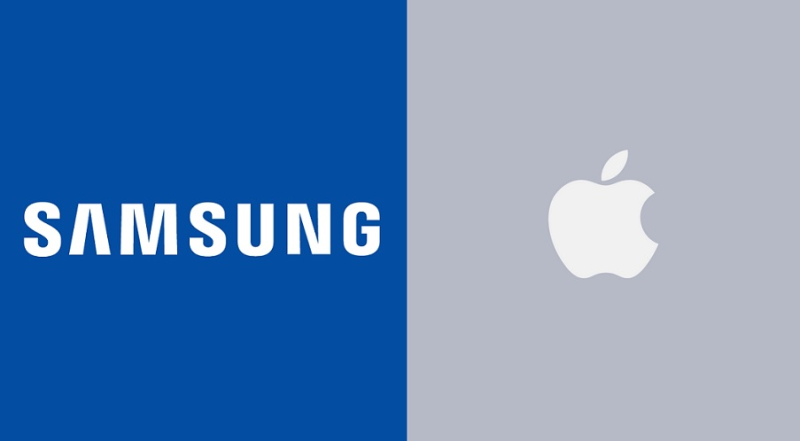 In Q4 2021 Apple and Samsung battled it out till the end. Counterpoint placed Samsung with 33% market share and Apple at 32% market share. Usually when it's that close, it's generally considered a statistical tie.

A new Smartphone report from Strategy Analytics that was posted late last Friday, they covered smartphone shipments for the European Market for all of 2021. On an annual basis, Samsung retained their leadership in Europe for 2021 with 29% market share, even though they were the only smartphone vendor to lose market share in 2021. Apple came in second place with 11% Year-over-Year growth beating out Xiaomi in third place with 33% Y-o-Y growth. 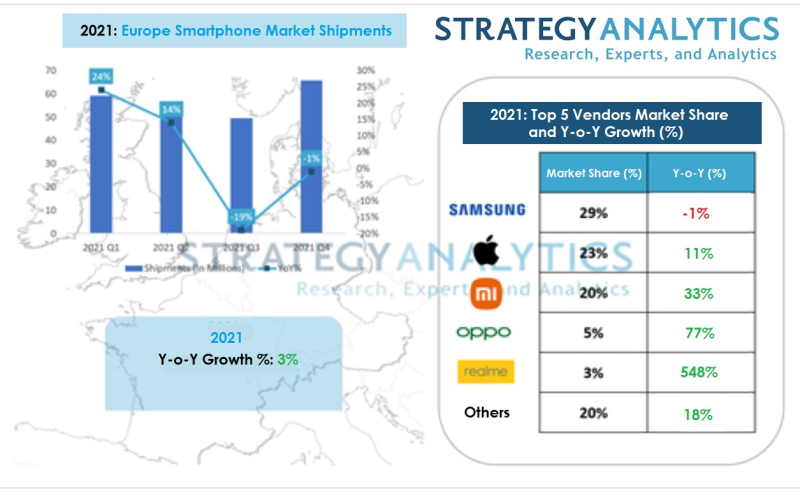 For some odd reason Strategic Analytics decided to slant their entire report towards the 548% growth that China's 'smartphone vendor 'realme' delivered for 2021, even though they only accounted for 3% market share. For details, read the full Strategy Analytics report.

In other statistical smartphone news, IDC is reporting that the Philippines smartphone market declined by 5.6% year-on-year (YoY) shipping 17.8 million units in 2021.

Apple was shut out from the top Five leaders list for 2021. Apple will need the iPhone SE in and around the $199 price point in 2022 or 2023 if they're ever to crack the top five list in the Philippine market. In the Philippines, Chinese smartphone vendors took four out of the top five positions in 2021.