The U.S. Patent and Trademark Office officially published a series of 64 newly granted patents for Apple Inc. today. In this particular report we briefly cover the possibility of a future iPhone having side display that could present virtual controls and quick access app icons. We also briefly cover Apple's granted patents for AirPower, Apple's charging mat that may still be coming to market (someday), and a sunroof design for Apple's future Electric Vehicle. And as always, we wrap up this week's granted patent report with our traditional listing of the remaining granted patents that were issued to Apple today.

Apple Granted a Patent for Future iDevices with Sidewall Displays

Apple's patent FIG. 1 below is a perspective view of an iPhone with a flexible display having portions on multiple surfaces of a device. 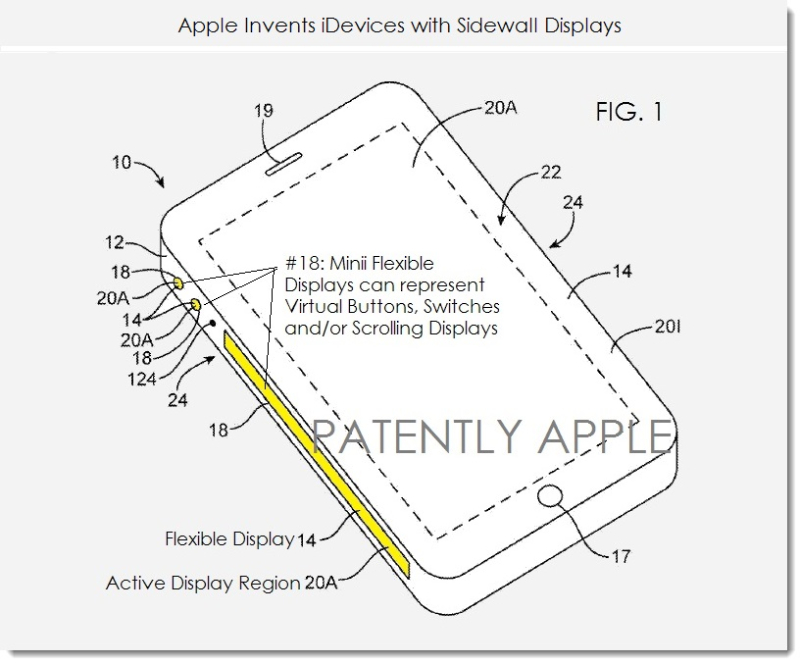 Apple's patent FIG. 3 below is a perspective view of a portion of an iPhone showing touch-sensitive edge displays on an edge of a flexible display and a patterned housing member. 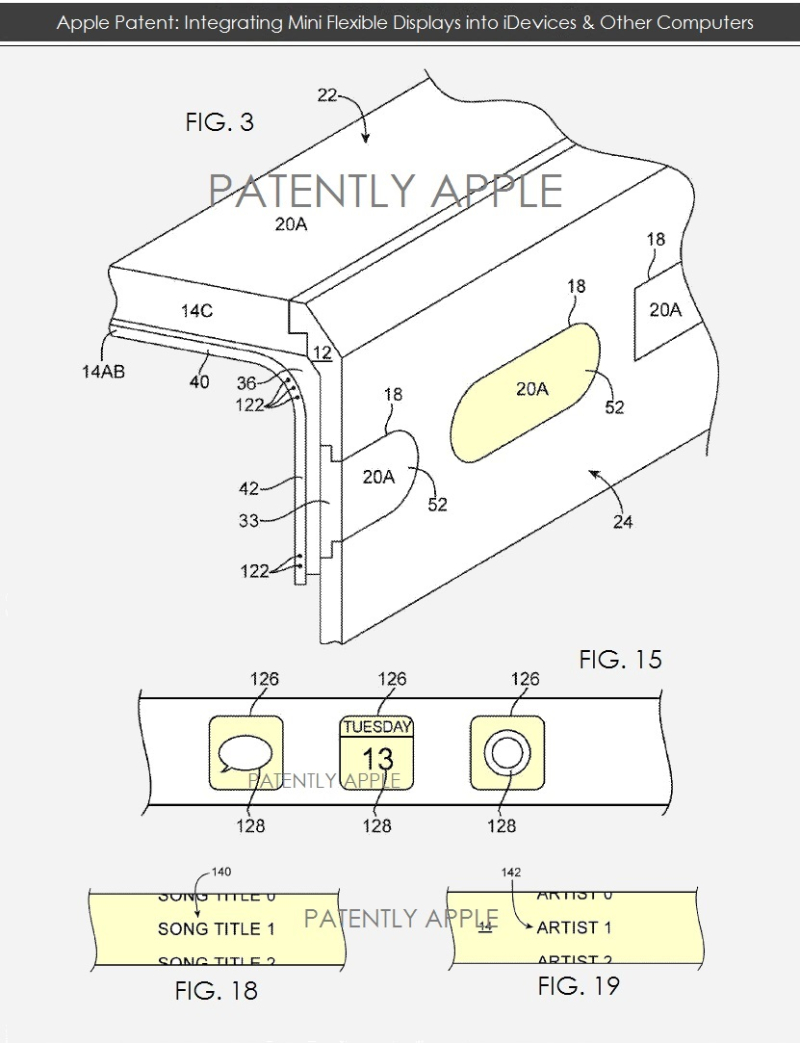 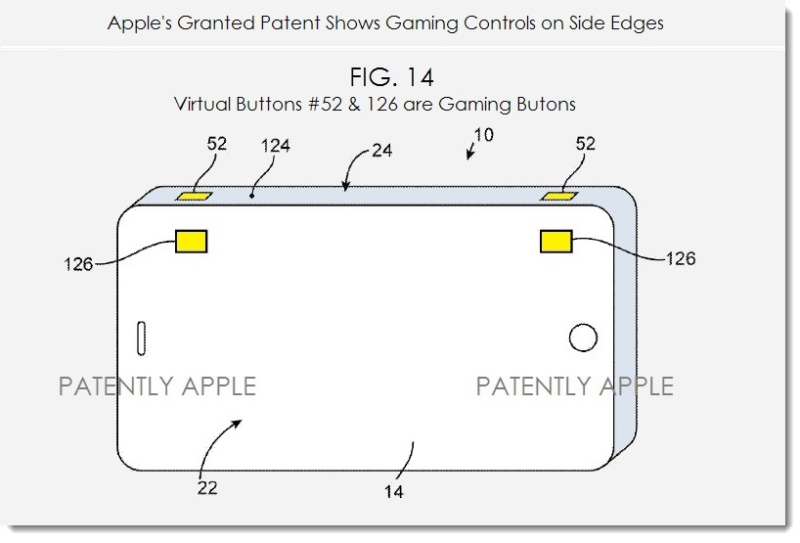 Apple's patent FIG. 14 above is a perspective view of an illustrative electronic device showing how virtual sidewall buttons may form a portion of a gaming controller when the device is operated in a landscape position.

In late November 2021 we posted a report titled "A Rumor Report from Mark Gurman claims that Apple is continuing to work on a Wireless Charging Pad, Reverse Charging and more." Today, Apple has won yet another patent regarding their possible future AirPower recharging mat. 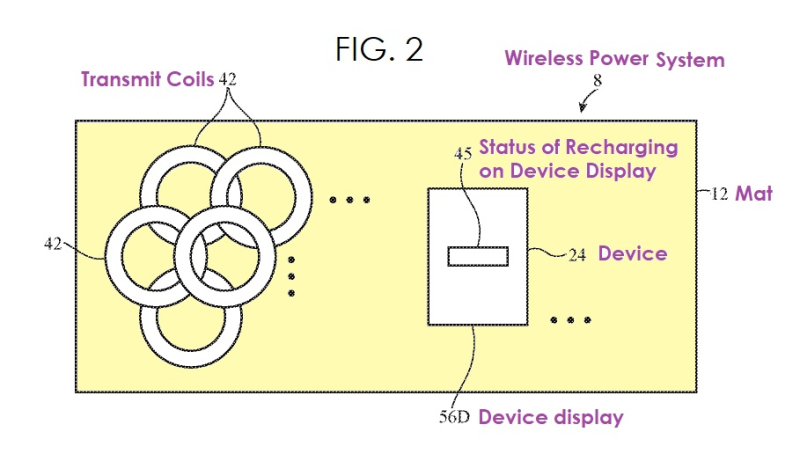 For those interested, review Apple's granted patent 11,239,695 here. You could review other wireless charging related patents including reverse charging in our archives.

Today Apple was granted patent 11,235,701 for a sunroof construction along with variable window translucence so that the driver could control the level of light that they want the sunroof to have so as to control brightness in the vehicle. For more details, review the patent here. 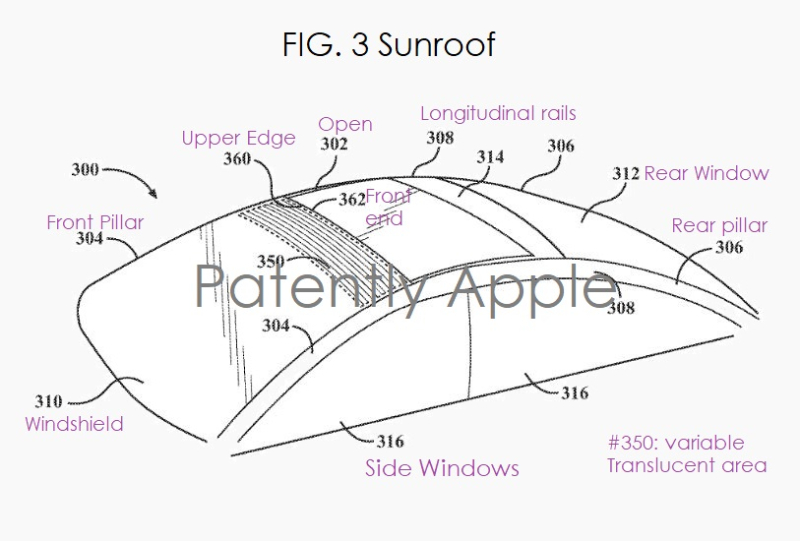 Apple's patent FIG. 3 above is a perspective view of a sunroof in a closed position relating to a future Apple vehicle. 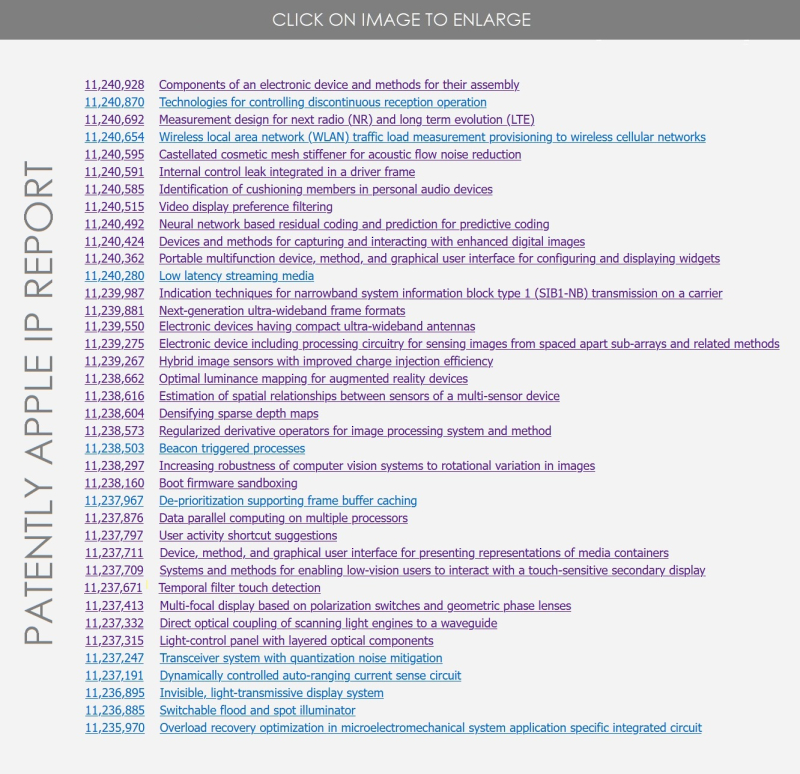