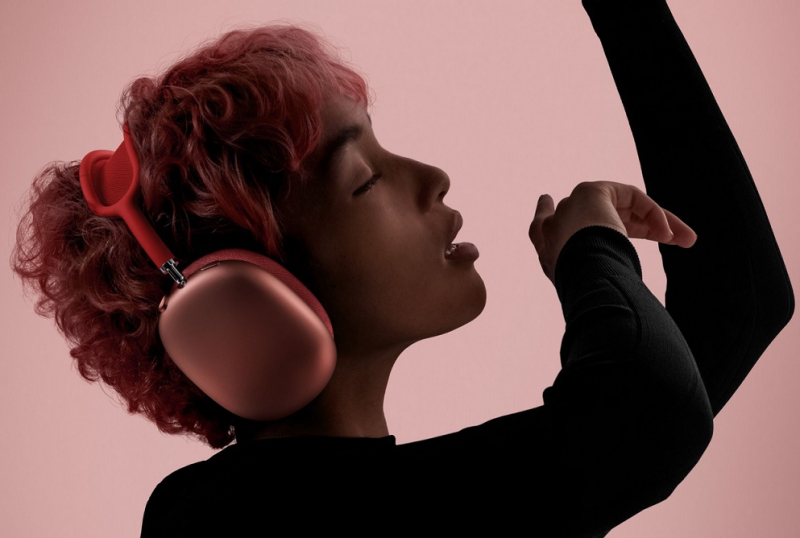 Today the U.S. Patent and Trademark Office officially granted Apple a couple of AirPods Max. The first relates to the detection and mitigation of distracting audio feedback known as "audio howl." The second patent covers different means of replacing AirPods Max ear cushions including a mechanical means and one based on magnets, which Apple decided to use in the finished product.

Apple notes in their granted patent that audio howl (or audio feedback) is an undesirable audio effect that occurs in an audio system in which a positive sound loop exists between an audio input source (e.g., a microphone) and an audio output source (e.g., a speaker). In this loop, sound produced by a speaker is captured by the microphone as a microphone signal, which is then amplified (e.g., by an audio amplifier) to create an output audio signal that is used to drive the speaker. This loop is repeated and happens so quickly that it creates its own frequency, which results in a howling sound.

Some current audio systems detect audio howl in order to reduce its effects. Specifically, these systems may perform a spectral analysis upon the microphone signal to detect characteristics of audio howl. For example, the systems may determine whether certain spectral features (e.g., arising within predefined frequency ranges) are present within the signal.

Once audio howl is identified, notch filters are applied to the (e.g., output audio) signal, each of which having a stop-band across a different frequency range. Conventional audio howl detection methods, however, are prone to detecting false positives. For instance, some ambient sounds that are picked up by the microphone may have similar spectral features to audio howl. As a result, these systems may erroneously apply notch filters, which may adversely affect the user experience (e.g., by attenuating spectral content that should not otherwise be attenuated).

To overcome these deficiencies, Apple's invention describes an audio system that includes a headset with a left headset housing and a right headset housing, which is capable of accurately detecting audio howl.

On the other hand, the system may determine that there isn't (or a less likelihood of) audio howl when the spectral content is similar (or the same). In this case, the spectral content may be similar because both microphones of the headset are capturing the same ambient sound (e.g., a running washer machine). In this way, the audio system of the present disclosure accurately and effectively detects audio howl, thereby reducing false positives. 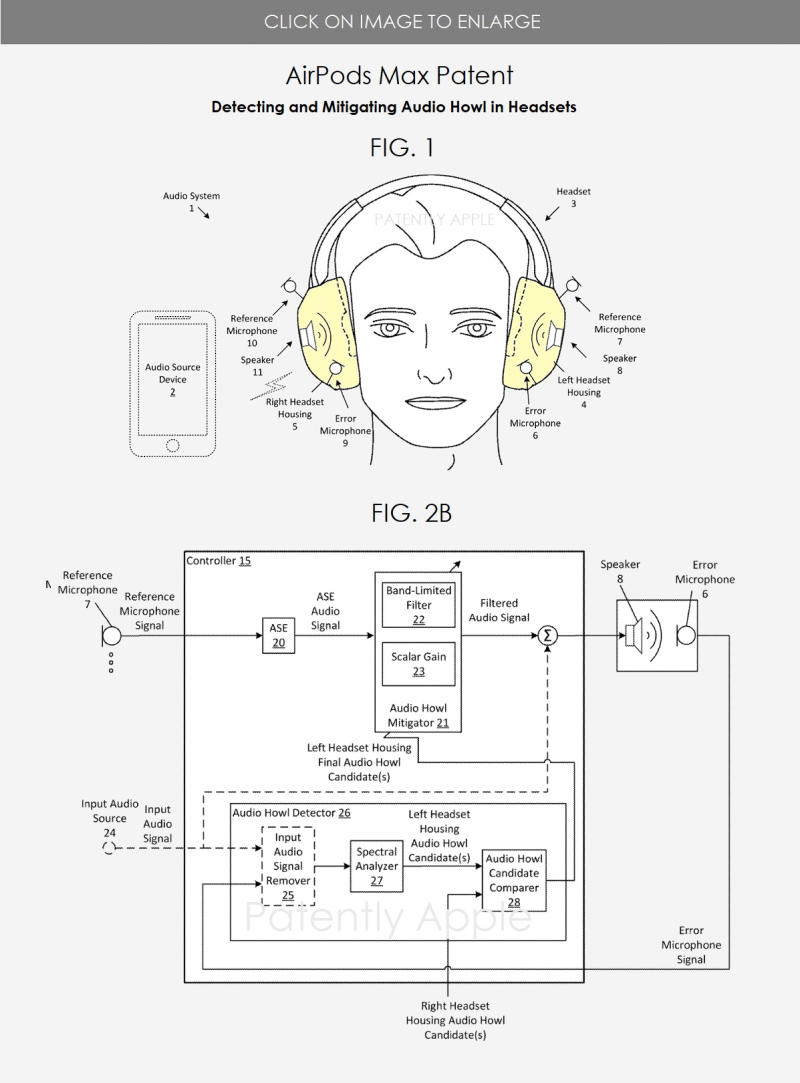 Apple was also granted a second AirPods Max titled "Headphones with removable earpieces" under #11,252,492. The patent covers a mechanical version of removing the ear cushion and the one Apple actually released based on magnets. In one segment, the patent notes that "in some embodiments, the earpad assembly can be coupled to the earpiece housing by magnets or a series of snaps."

While this patent covers "removable earpieces," and is titled so, the patent actually dives deep into the overall AirPods Max design and features. You could review the patent and its dozens of patent figures here.