Apple is set to Re-Release their Inspirational Film "CODA" in U.S. Theaters for Free Next Weekend in celebration of its Academy Award Nomination 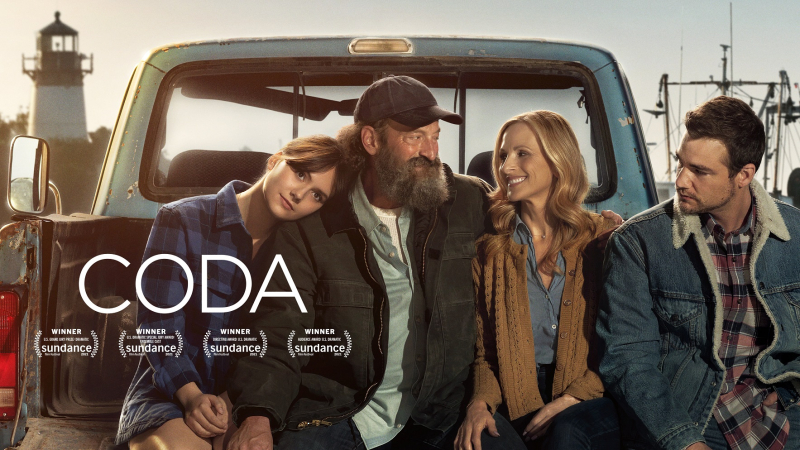 This morning Apple Original Films announced that audience favorite "CODA" will be re-released in theaters for a limited theatrical run following its history-making Academy Award nominations, including a nomination for Best Picture. The film will be presented in major cities across the U.S. and London, free of charge and with open captions, beginning Friday, February 25 through Sunday, February 27, 2022, so that more theater-goers can experience the touching story of the Rossi family’s journey.

Heralded by critics as "an emotional powerhouse" and "impossible not to love,” “CODA” is the first motion picture starring a predominantly Deaf cast to be honored with a Best Picture Oscar nomination, and with a nomination for Best Supporting Actor, “CODA” star Troy Kotsur is the first Deaf male actor to ever be nominated for an Oscar. Additionally, the film received an Academy Award nomination for Best Adapted Screenplay, marking the first for writer/director Siân Heder. “Every so often, a film comes along that strikes a deep emotional chord for audiences who celebrate its win for humanity. 'CODA’ does just that. Siân and the amazing cast and crew of 'CODA' gave the world a gift with this film, and we are inspired to pass this gift on," said Matt Dentler, Apple's head of features.

“CODA” will be available to screen free of charge in premium theaters in major cities across the country, with three daily showtimes that will be available for audiences to attend on a first come, first served basis. Free screenings will also be available in London.

All screenings of “CODA” will be open captioned. Audiences at a special showing in Los Angeles will have the opportunity to be part of a live Q&A with the cast and writer/director Siân Heder, which will have translators in ASL. Information and theater listings may be found here.

“CODA” first premiered in theaters and globally on Apple TV+ in August 2021, and prior to premiering in theaters, the beloved Apple Original film first debuted at the 2021 Sundance Film Festival where it landed an unprecedented four awards, including the Special Jury Award for Ensemble Cast, the Directing Award, the Audience Award and the Grand Jury Prize.

17-year-old Ruby (Emilia Jones) is the sole hearing member of a deaf family – a CODA, child of deaf adults. Her life revolves around acting as interpreter for her parents (Marlee Matlin, Troy Kotsur) and working on the family’s struggling fishing boat every day before school with her father and older brother (Daniel Durant). But when Ruby joins her high school’s choir club, she discovers a gift for singing and soon finds herself drawn to her duet partner Miles (Ferdia Walsh-Peelo). Encouraged by her enthusiastic, tough-love choirmaster (Eugenio Derbez) to apply to a prestigious music school, Ruby finds herself torn between the obligations she feels to her family and the pursuit of her own dreams.

This is a great gesture on Apple's part, to be sure. The only oddity and head scratcher to the announcement is why Canada was skipped over for London.