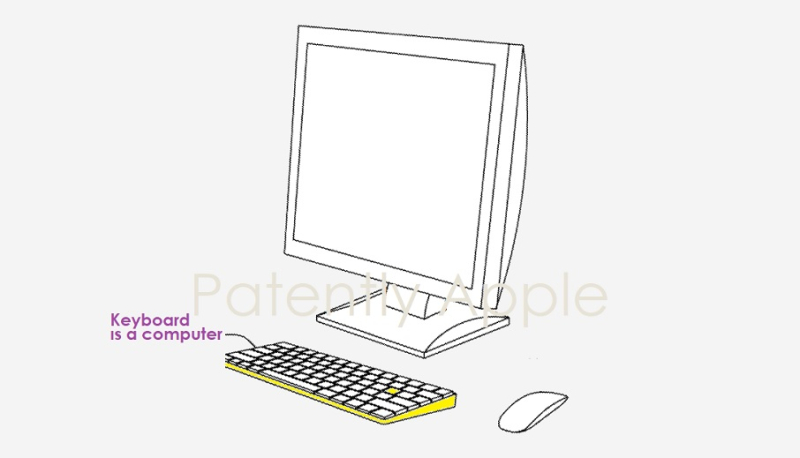 Today the US Patent & Trademark Office published a patent application from Apple that relates to a completely new computer device concept. All envisions a Magic Keyboard-like device to actually house a full computer that could plug into any display in a home or office.

Many users own or operate computing devices which are regularly, if not exclusively, utilized in a particular location, like a desktop computing device within an office or a home-office. These computing devices generally include a tower (e.g., a stand-alone housing containing the processor, memory and other components of the computer), one or more computer monitors, and one or more input devices, such as a keyboard, a mouse, a track pad, or a combination thereof.

To transport a tower and/or input devices of a desktop computer to another location, multiple cords and cables may need to be removed and organized. Moreover, when transporting a tower and/or input devices from one location to another, the various components risk becoming damaged, and the cords or cables need to be repositioned and plugged back into their respective ports. This process can be inconvenient, awkward, and difficult, especially when frequently repeated.

Apple's invention reveals a future Magic Keyboard that could incorporate or otherwise house one or more computing components within to provide a portable desktop computing experience at any location having one or more computer monitors. For example, a user can transport a keyboard that houses a computer, as opposed to carrying an entire laptop or a tower and keyboard. The keyboard could include a trackpad to eliminate the need of a mouse when in transport.

The combination computing and input devices described can include features, designs, and system architectures that can allow for desired levels of performance while maintaining a form factor that is the same as or similar to the form factor of a traditional input device.

The processing unit can generate heat while operating, which can negatively impact the performance of the processing unit. The base, however, can be manufactured at least partially of a material that distributes or spreads heat substantially through the mass of the base (i.e., thermally conductive), thereby more evenly spreading or distributing heat generated by the processing unit over a larger surface area of the base to more effectively regulate operating temperatures of the computing device. Some non-limiting examples of thermally conductive materials are copper, aluminum, brass, steel, and bronze. 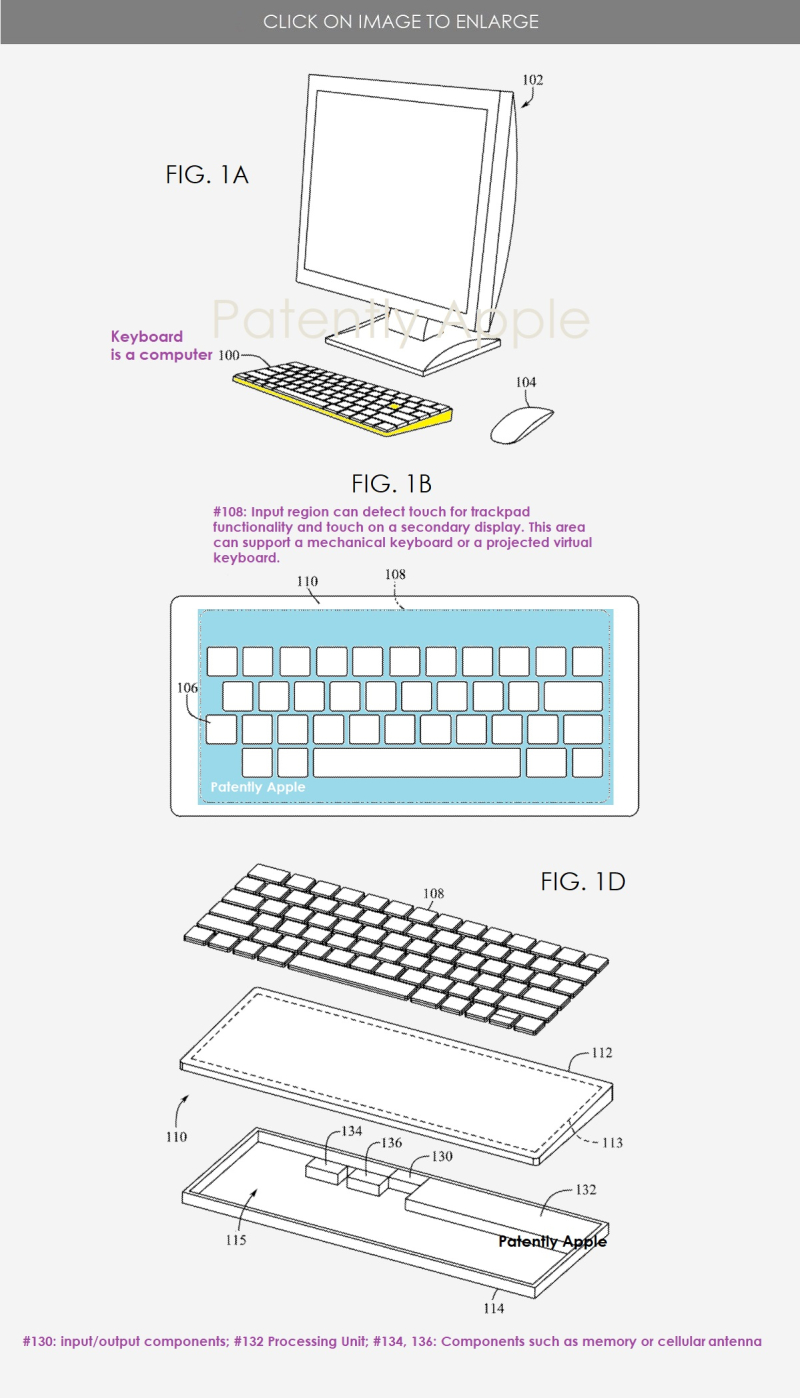 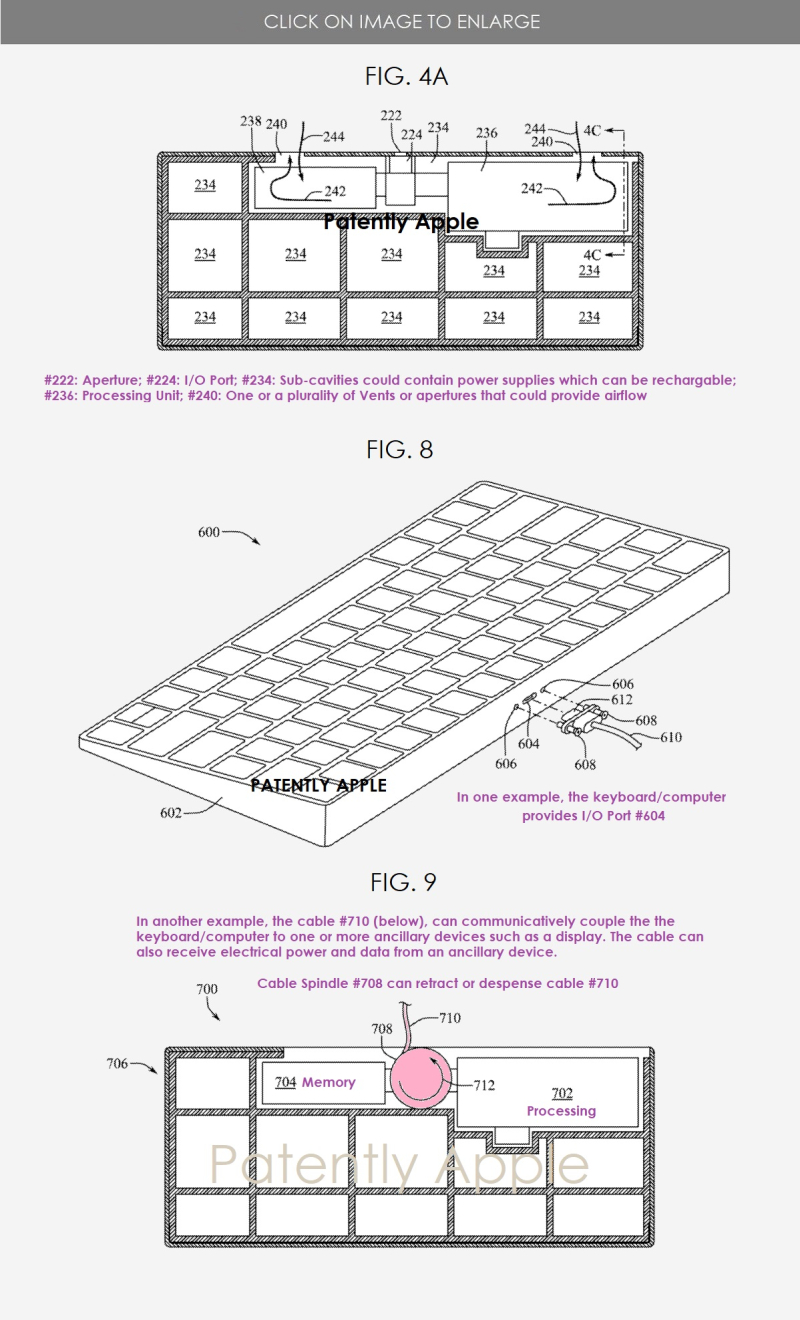