Analytical Firm Canalys reports on PC and Tablet Market Statistics for U.S. Shipments in Q4-2021 and beyond 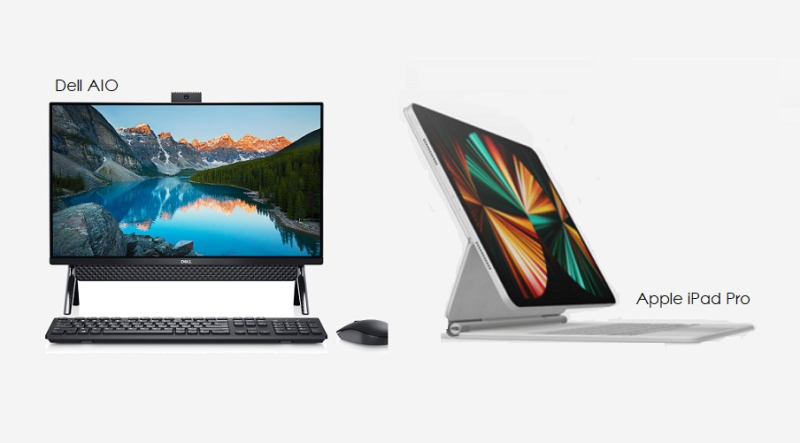 Today, Canalys reported on US PC market statistics for Q4 2021 wherein Apple landed in fourth position with shipments of 2,815 million units. This represented a 13.4% market share for the quarter, up from 10.5% in Q4 2020. 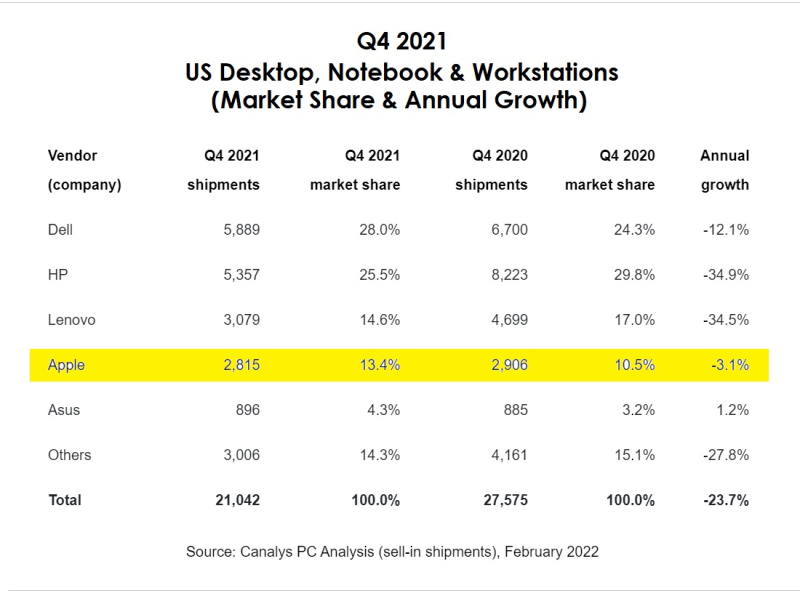 Canalys Research Analyst Brian Lynch stated that "The US PC industry’s overall growth in 2021 highlights the long-term potential of the demand initially created by the pandemic. While Q4 2021 showed less impressive performance than the year overall, the market is well positioned to continue providing significant opportunities, especially from a revenue perspective, for the coming year amid strong business demand.

The Chromebook market had a second consecutive quarter of poor shipment numbers, posting a 73% fall from Q4 2020. Lynch expects a rebound in the Chromebook market in the 2023-24 timeline as school boards seek to refresh devices bought during the pandemic.

The need for devices with better specifications, such as larger displays and faster processors, will provide renewed opportunities for Chromebook vendors. Patently Apple posetd a patent report yesterday that illustrated a possible next-gen Chromebook being considered. 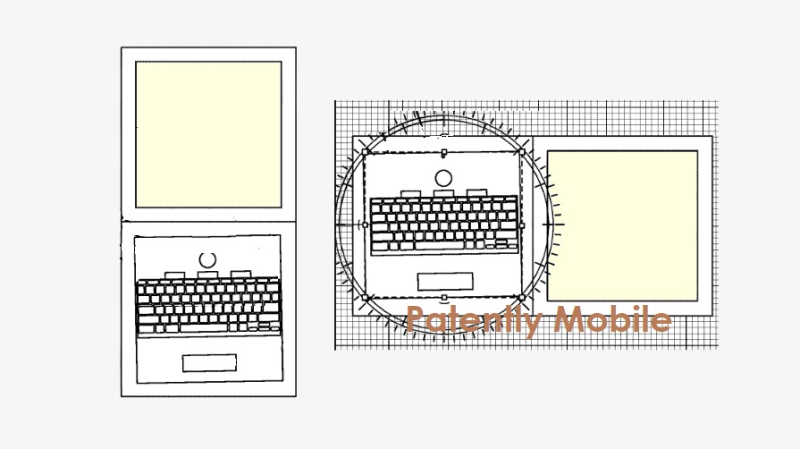 In tablets, Apple maintained its dominance in Q4 with 5.1 million units shipped representing 40.2% market share, down from 44.6% market share in Q4 2020 due to component shortages. 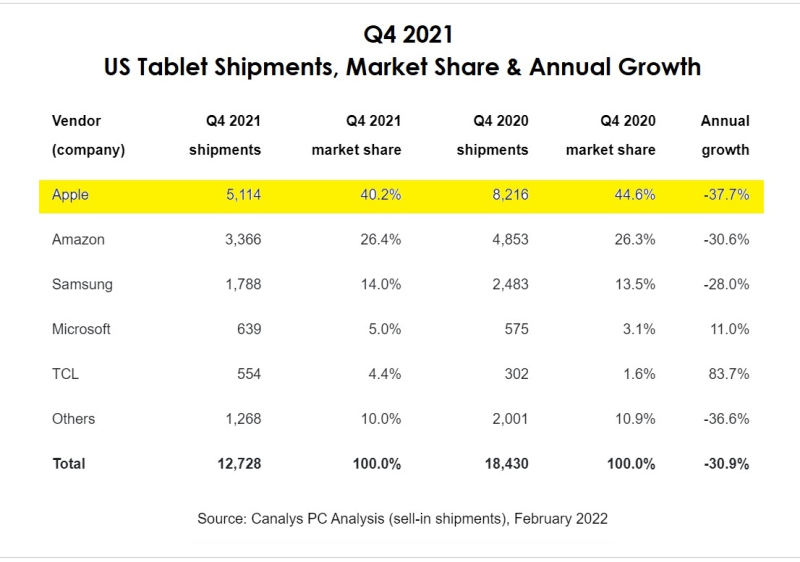 Microsoft's Surface tablets only reached 639,000 units shipped in Q4 for 5% market share. While Amazon shipped 3.67 million units in Q4 2021 in the U.S., IDC reported that Amazon only delivered 3.6 million Worldwide. So it appears that Amazon's strong performance in tablets was limited to the U.S. Market.

For more details on competitor devices and annual US statistics, read the full report by Canalys.