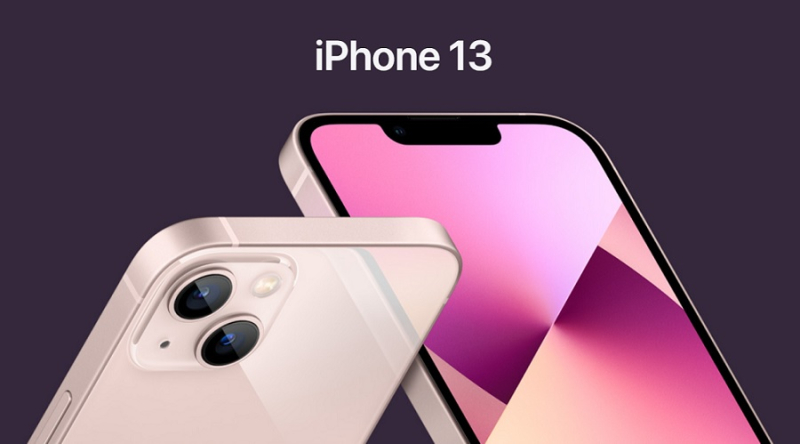 A new analytical report covering US Smartphone market data from Q3 2020 to Q4 2021 shows that Apple's iPhone took 56% market share in the U.S. in Q4 and maintained their lead throughout the period outlined. In Q4 2021, Apple's closest competitor was Samsung at 22%.

Smartphone shipments grew 10% YoY and 30% QoQ in Q4 2021 as the new Apple iPhone 13 launched, filling channels with its latest premium devices for the holiday season.

Further, the Counterpoint report noted that in the premium segment, although Apple grew 67% QoQ due to the new launch, Samsung declined -11% QoQ as it could not replenish its S21 series fast enough which also resulted in a decline in market share, down to 22%. 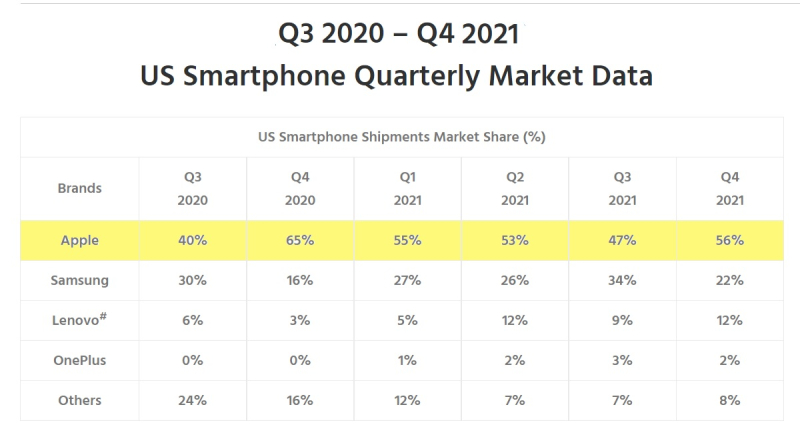 Apple sales grew 17% QoQ with demand for the iPhone 13 series outpacing supply, especially for the Pro series models. The iPhone 13 Pro and Pro Max were on backorder much of December, with wait times lasting up to six weeks. 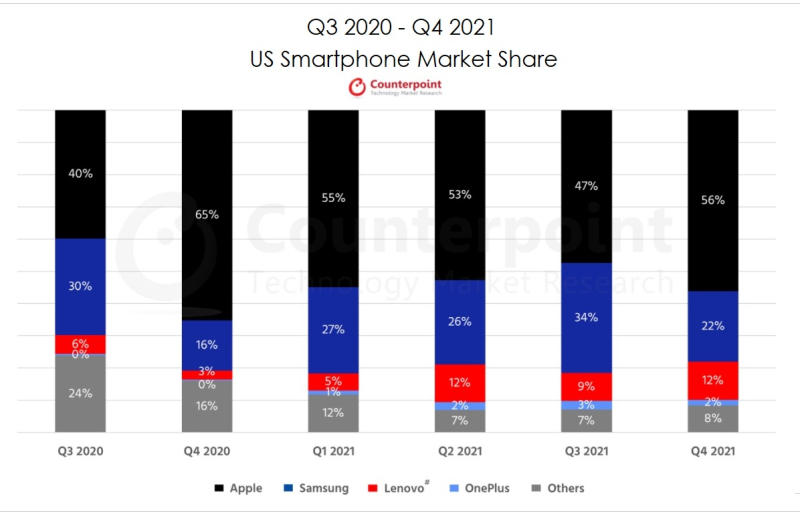 Commenting on the market performance, Research Director Jeff Fieldhack said, "The US smartphone market was very competitive in Q4 2021. Carriers were aggressive with promotions to retain their smartphone bases. This contributed to continued record or near-record low smartphone churn among the major carriers. Specific to hardware sales, T-Mobile was the largest smartphone channel in the US and grew modestly YoY. Verizon was the second largest smartphone channel and was flat YoY. AT&T was the third largest channel and its smartphone volumes fell just over 4% YoY. The high promotion levels are likely to continue in 2022 and should keep demand for devices elevated, while headwinds are more likely to come from the supply side."